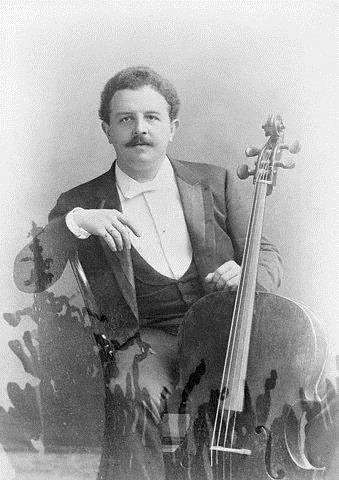 The Guest of Honor

One of the highlights of composer Victor Herbert’s life was a music festival that took place in Zurich in 1882. Herbert, a young cellist with the Royal Orchestra of Stuttgart, was among those chosen to attend. The five-day event was largely a tribute to Franz Liszt, who had fostered the careers of many composers to follow, ranging from the celebrated Richard Wagner to a dazzling new American pianist named Edward MacDowell.

The first four days of the festival included formal and informal performances by various composers and performers Liszt had championed, plus a presentation of his oratorio The Legend of Saint Elizabeth, but for Herbert the memory of a lifetime came on the final afternoon, July 12.

A gathering in honor of Liszt took place at an estate outside the city, and a steady rain made getting to it an ordeal, but Herbert was hardly aware of the soaking because he was so overwhelmed by seeing Liszt play the piano.

At age seventy, Liszt had not been above dozing during the orchestral and choral performances at the festival, but when he sat down to play the piano, he came to life with the power of a young virtuoso. In a duet with composer Camille Saint-Saëns, he played his famous Mephisto Waltz, and, speaking twenty years later, Herbert recalled:

We were afraid every moment the piano would go to smash under Liszt’s gigantic hands that came down like very sledge hammers. He played primo and Saint-Saëns secundo, and though Saint-Saëns had the more powerful end of the piano, Liszt soon overpowered his bass notes completely.

Not that there weren’t distractions, including one that would become all too familiar to concert-goers today. In addition to great music, the festival also gave Herbert his first look at a telephone. “I will always remember how we marveled at this telephone,” he reflected, “and every few minutes set the bell ringing just for the pleasure of hearing the voice at the other end.”