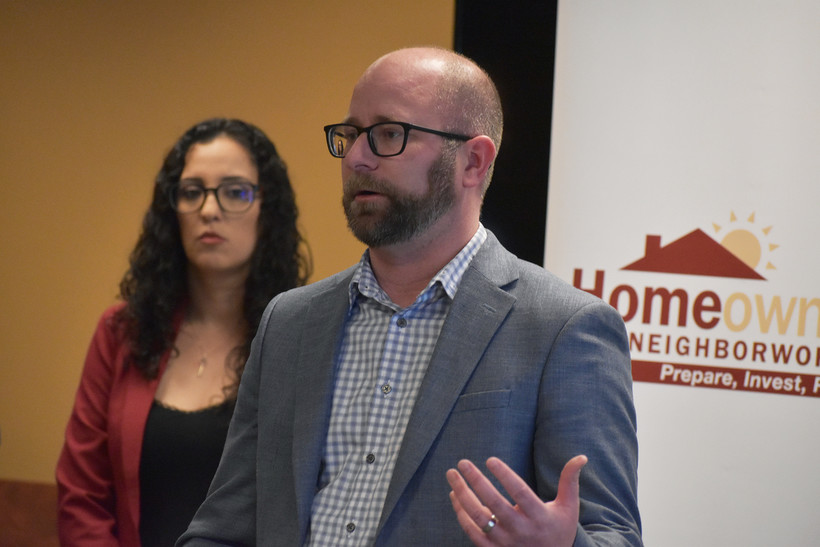 The "Great Being Home" initiative helps employees of participating Green Bay businesses and nonprofits by offering eligible homebuyers up to $10,000 toward down payments, closing costs or home repairs.

The program is available to employees of the city, nonprofits and businesses with 25 or fewer employees and other participating employers.

Prospective homebuyers are required to complete a pre-purchase education program provided by NeighborWorks Green Bay and homes purchased must be inside city limits.

Officials say one of the program’s goals is to help local businesses and nonprofits recruit and retain workers. It also aims to increase homeownership rates within the city, as well as strengthen local neighborhoods.

The initiative builds on NeighborWorks' efforts over the last 40 years to help people become homeowners, according to Noel Halvorsen, the organization’s president and CEO.

"Employers are increasingly aware that homeownership isn't just a problem for the employee to figure out after they move to the community to get the job — it's a critical part of attraction," Halvorsen said. "It is a powerful retention tool, but it's also increasingly a factor for employers considering taking jobs. If they can't find housing, that's going to be a problem."

The program is funded by a $250,000 grant from the city of Green Bay, but NeighborWorks hopes participating businesses will also support it, Halvorsen noted.

"We'd like employers to make a matching gift for the down payment assistance that they'll be receiving through the grant program," he said.

"Our businesses talk about talent attraction and retention as one of their No. 1 issues," she said. "When we look at a program that offers homeownership, and opportunity and access to homeownership, it's part of their solution."

Beyond private employers, the city of Green Bay also stands to benefit from the program.

Mayor Eric Genrich said some city employees live outside of Green Bay, so the program could help them live in the community they serve.

"Whatever we can do to attract our employees — especially police and fire employees — into some of our central city neighborhoods is really a benefit to this community," he said.

The new initiative is a partnership between the city, NeighborWorks and the Greater Green Bay Chamber of Commerce.

"The 'Great Being Home' program is also a great example of cross-sectional collaboration that has a huge community impact," Radke said. "What makes Green Bay so special is really the heart of our community."

One employer that has benefited from NeighborWorks’ past efforts is American Foods Group, a meat processing company.

"If people can get into a home, they have some stability," he said. "There are a lot of people who come to us who maybe have had a checkered past, maybe have gone from job to job, or they've been going from couch to couch or apartment to apartment — they don’t have a place to live. We realized that if we can get somebody into a house, we’ve got some stability (and) it makes their life a lot better."