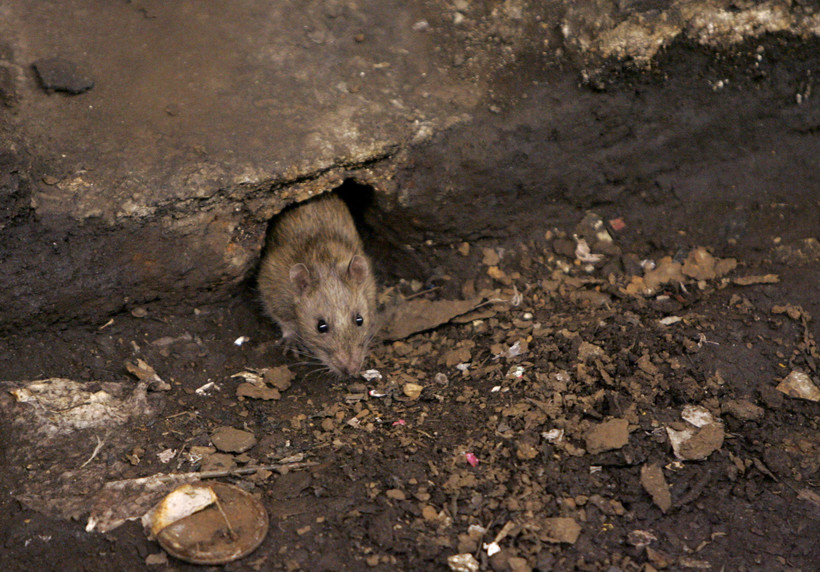 A rat comes briefly out of its hole at a Brooklyn subway stop before retreating at the arrival of the F train Thursday, Dec. 8, 2005, in New York. Julie Jacobson/AP Photo

Green Bay Looks To Hire Someone To Address Rat Problem

Workers with the City of Green Bay are hearing a lot of complaints about rats on the west side of town.

Paape is petitioning the city council to approve the hiring of a part-time worker who would primarily seek out habitats conducive to rats, like trash or outdoor clutter.

If approved, the new employee would focus on "conditions conducive to rats," thus freeing up full-time inspectors for other areas of concern, Paape said.

"People get grossed out by them and rightfully so, but this is a fixable problem," he said, adding that rodents are not unique to Green Bay, but that the city is responding to a marked increase in complaints over the last two years.

His office said the current neighborhood compliance inspector, Eric Crummy, responded to 1,570 complaints by himself in 2017. There were 961 complaints in 2016 and 1,010 in 2015. Not all of the complaints were rat-related.

Paape said inspectors generally respond to complaints from neighbors, but that if a part-time inspector were added to the staff, they could take a more proactive approach.

"In neighborhoods where we’re having a higher call volume or known areas where we have maybe some more issues whether it be sanitation, garbage, or nuisance exterior storage," said Paape.

Jerry Deschane, executive director of the League of Wisconsin Municipalities, said this is the first time he has heard of a city potentially spending money to specifically address rats.

"Let’s face it, rats are sort of all around us. Hopefully we don’t see them often, but for whatever reason in that particular Green Bay neighborhood people are seeing them and experiencing them, and the city seems to be responding," Deschane said.

While the rat issue is getting increasing attention, it is not listed on the agenda for the common council's next meeting which will take place Tuesday.