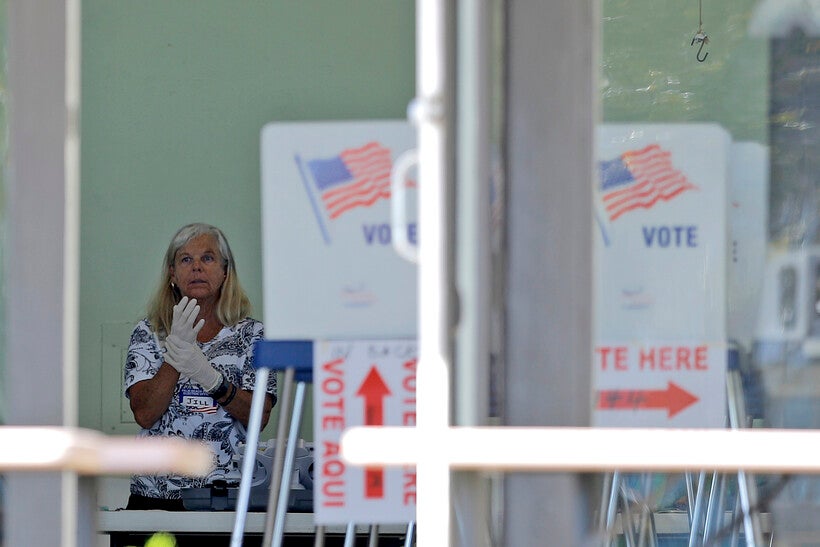 The call came as other Wisconsin communities rolled out changes to in-person early voting, like curbside voting, to limit physical contact between citizens and election officials in the lead up to Election Day. Clerks across the state have been facing a number of challenges as COVID-19 continues to spread across Wisconsin.

Wisconsin’s April 7 election features the Democratic presidential primary, a state Supreme Court race, and a proposed amendment to the state constitution. A number of other local races, including mayoral and county executive contests, are on the ballot as well.

The mayors of Green Bay, Appleton and Neenah urged Gov. Tony Evers or the state Legislature to delay the election, as a number of other states have done.

"Conducting this election in the typical way will be a logistical trainwreck and a public health travesty," Green Bay Mayor Eric Genrich said on a call with reporters Friday morning.

Genrich, along with Mayors Dean Kaufert of Neenah and Tim Hanna of Appleton, urged a short delay of the election — just enough time to transition to an exclusively mail-in ballot election. They said their local election officials are straining under the burden of an already surging number of mail-in requests.

"I’ll be honest, I’m not sure we’re able to keep up with the volume that’s coming in," Hanna said. "It’s one of the reasons we’re asking for a little relief."

Clerks, party advocates and elected officials have been strongly urging people to vote by mail. The deadline to request an absentee mail-in ballot from the state is April 2.

According to the state Elections Commission, Wisconsin clerks had received 234,841 absentee ballot requests for the election as of Wednesday morning.

The mayors also raised concerns about their election workers’ health, from clerks to polling place workers.

Kaufert said many people have been coming to Neenah City Hall to participate in in-person early voting. He called that "a good thing," as it limits crowds on Election Day, but still expressed concern about the volume of people interacting with his local election officials.

"We’re putting our employees at health risk, our municipal clerks, our deputy clerks, our volunteers are interacting with these individuals each and every day," he said. "All it would take in the city of Neenah is for one incident where there would be a confirmed case and we’d have to shut down our clerk’s office. There’s got to be a better way."

Kaufert said Neenah has moved its early voting from the clerk’s office into an adjacent lobby area, to allow for more social distancing between workers and voters.

Evers and Senate Majority Leader Scott Fitzgerald, R-Juneau, have both made public statements that the election should go on as scheduled. Members of the state elections agency have disagreed over the best path forward.

The governor reiterated his stance on a call with reporters Friday.

"Moving this date is not going to solve the problem," Evers said. "We could move it to June, it could be worse in June."

Evers also said he doesn't believe he has the authority to move the election date, because it is written into state law. A state law change would require action by the Legislature or courts. Some have said the governor's emergency powers would give him the authority to change the date.

"The most important ask here is for people to vote absentee," Evers said.

Madison announced its new curbside voting effort Thursday evening, saying it is providing the option for individuals at high risk for COVID-19. They are asking other individuals to continue utilizing traditional early voting options.

"But obviously some folks are very concerned about not being around other people and we certainly respect that," said Jim Verbick, deputy clerk for the city of Madison. "We want to allow them the opportunity to vote."

Verbick said more than 20 people had taken advantage of the option by mid-afternoon on its first day.

The city has four parking spots reserved for curbside voters outside the City-County Building and the Madison Municipal Building. The option will be offered from 8 a.m. until 6 p.m. Monday through Friday until April 3. 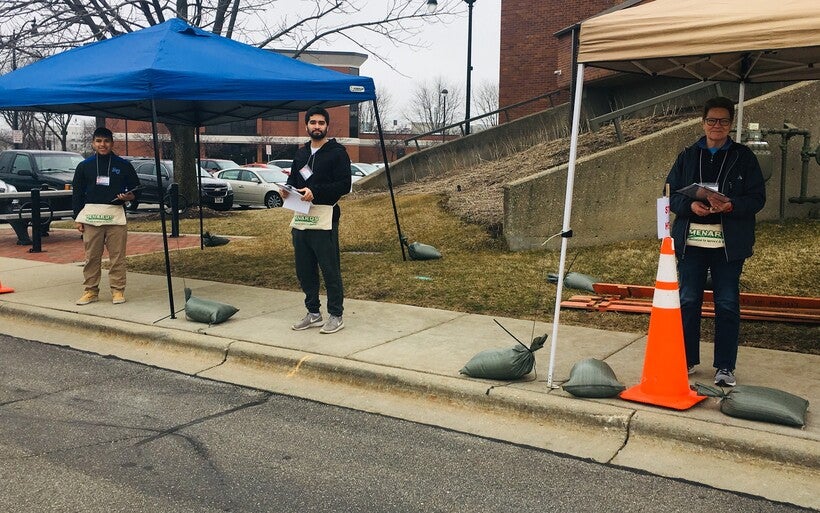 In Beloit, clerk Lorena Rae Stottler has moved all in-person early voting curbside. She thinks all voting on Election Day may be conducted the same way.

"It was a great way to prevent contaminating surfaces at City Hall," Stottler said. "I also want to preserve people’s health, so this just seemed like a good answer."

Stottler said she expects more than 100 people per day to take advantage of the curbside option, which she likened to the drive-thru line at Culver's. Workers ferry ballots from City Hall to voters' cars, after checking for necessary registration and identification.

Beloit's curbside service will be available outside City Hall from 8 a.m. until 5 p.m., Monday through Friday until April 3. Voter registration will also be offered curbside. Voters are encouraged to bring their own black or blue ballpoint pen.

Stottler noted, however, she would "really, really like people to vote by mail."