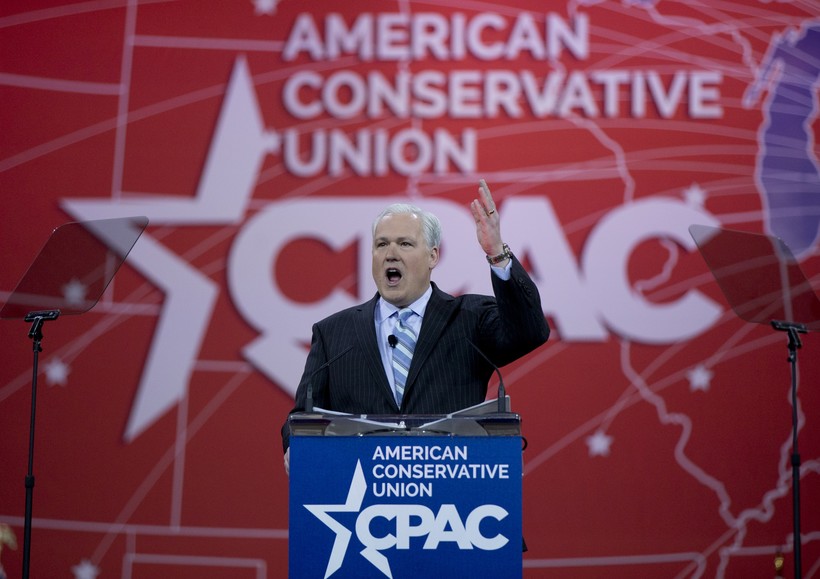 The Conservative Political Action Conference held a rally before a socially distanced audience in Green Bay on Friday, featuring sessions on criminal justice reform, abortion rights and what's at stake in the November election.

The program took place at a car museum and events space in Green Bay called the Automobile Gallery, and was titled "America vs. Socialism" — another theme that came up repeatedly.

The event is another sign northeast Wisconsin is likely to play an important role in the presidential election. In a Marquette poll released this week, Democratic candidate Joe Biden held a 5-point lead in the region, though pollster Charles Franklin said Biden and President Donald Trump have traded the advantage there in recent months.

Former Gov. Scott Walker, a speaker at Friday’s event, said he expects the presidential election to be very close in Wisconsin. He believes polls are sometimes skewed to favor Democrats, because Republican voters are less likely to respond.

"I’ve heard people say, 'I’m not going to respond to a poll because I’m afraid it might be some of these radical protest rioters who are going to try to track me down at my home,'" he said.

Walker pointed out a Marquette poll put Democratic candidate Hillary Clinton 6 points ahead of Trump in Wisconsin just days before the 2016 election. Trump ultimately won the state by fewer than 23,000 votes.

Other speakers at Friday’s event included former Lt. Gov. Rebecca Kleefisch and Republican Representative Mike Gallagher of Green Bay. Gallagher said that the Democratic Party has adopted a "blame America first impulse." He said he believes the election will come down to fundamental values that Americans used to agree on.

"Things like freedom of speech, respect for rule of law, respect for property and the idea that America is a great country," he said. "These weren’t controversial issues in the past, at least when I was growing up here in Green Bay."

Kleefisch encouraged conservatives to get involved in advance of the election, noting that Wisconsin’s Democratic Party raised $10 million last quarter.

Trump is scheduled to visit Oshkosh Monday afternoon for his second trip to the area this year. In June, he traveled to Green Bay and Marinette.

In contrast, Biden and the Democratic Party have opted to largely halt in-person appearances amid the pandemic. The Democratic National Convention is scheduled to begin Monday. Before the pandemic, the event was expected to bring 50,000 people to Milwaukee. Now it will take place almost entirely online.