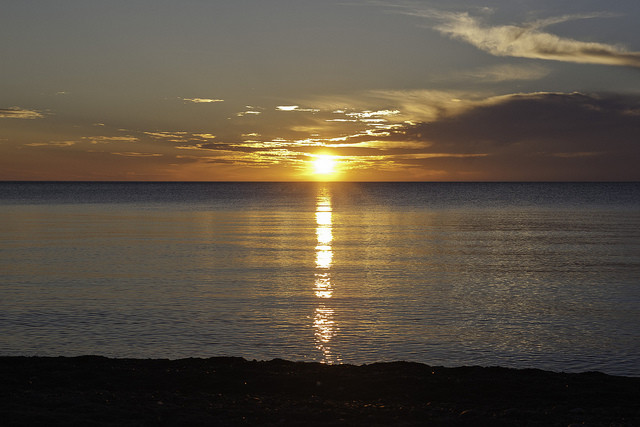 Federal Officials Predict Levels Will Rise To Record Highs In Some Areas
By Danielle Kaeding
Share:

The U.S. Army Corps of Engineers is predicting record-high water levels on some areas of the Great Lakes over the next six months.

Melting snow and recent heavy rains have caused the lakes to rise rapidly over the last several weeks, according to Keith Kompoltowicz, chief of watershed hydrology out of the Detroit District office of the Army Corps. He said the added precipitation comes after several years of wet weather driving lake levels upward on the lakes.

"It looks like Lake Superior will tie its May record and break its June and July records before (sic) tying again in August, so very high record levels on Lake Superior," he said.

He said communities along the shoreline will continue to face the threat of coastal flooding and erosion.

"The lake levels themselves don’t necessarily cause the flooding and the erosion, but when you get wind-induced rises and heavy waves, those can really cause some damage to shoreline and cause the water to run up on shorelines," said Kompoltowicz.

Communities like Duluth, Herbster and Ashland have experienced damage to their shorelines as the result of high lake levels and extreme storms in recent years.

At the same time, the shipping industry has benefited from higher lake levels.

About a decade ago, the lakes were seeing levels far below the long-term average. Lakes Michigan, Huron and Ontario are not projected to see record high levels at this time, but levels on the lakes are expected to remain high.