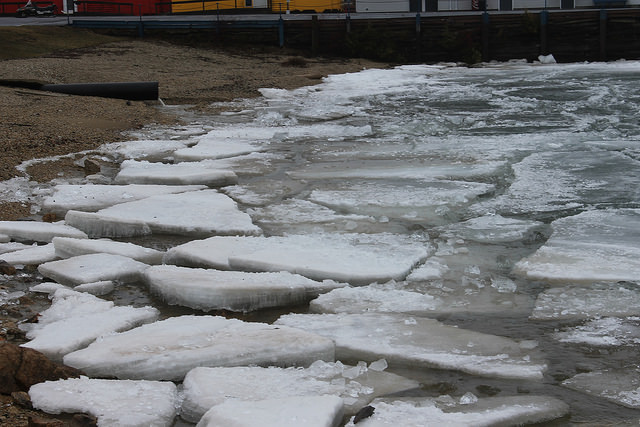 Great Lakes mayors in the United States and Canada say they want to slow down proposed changes to rules guiding water withdrawals from the Great Lakes. They fear the alterations will weaken a multi-state agreement that oversees the use of the lakes’ water supply.

In 2008, governors in eight states passed the Great Lakes Compact to protect the Great Lakes from the threat of water diversions outside the basin. A council that oversees the compact is set to adopt changes to the review of proposed withdrawals and administrative appeals of council decisions.

These proposed changes would weaken the compact and public input, said John Dickert, president and CEO of the Great Lakes and St. Lawrence Cities Initiative.

"We're asking for a public hearing in every state and province before the governors decide on whether the compact withdrawal or any withdrawal to the compact council should be allowed or not," Dickert said.

Dickert said they would also like Native Americans to have a greater role in the decision-making process. Anishinabek Nation Grand Council Chief Glen Hare joined U.S. and Canadian mayors Friday in calling for greater protections for the Great Lakes.

"If we lose water, we're gone also," Hare said. "I always remind government at different tables and I'll keep reminding them as we fight to protect our waters."

"Five of the eight Great Lakes governors have been replaced by new candidates and two of the prime ministers," said Vandersteen. "We really think that these new people need to have a chance to have their impact felt in this decision."

The changes that will be taken up by the regional body and compact council Thursday received a thorough review from the public and tribes, said Peter Johnson, deputy director of the Great Lakes St. Lawrence Governors and Premiers that serves as secretariat to the council.

"The updated procedures are the result of an open and transparent process where the mayors and others were invited to participate at various times and participated in a public comment process as well," said Johnson.

One of the issues that Great Lakes mayors have raised is whether there is enough monitoring and enforcement of water withdrawals under the Compact.

"There's no monitoring if there's changes in how much water is withdrawn," said Dickert.

Two water diversions have been approved in Wisconsin in recent years, including for the city of Waukesha. The city was the first to have its application to draw 8.2 million gallons from Lake Michigan approved under the Great Lakes Compact in 2016.

Earlier this year, Wisconsin signed off on a water diversion that would allow Racine to withdraw 7 million gallons of water per day from Lake Michigan that would serve the Foxconn plant. Environmental groups have filed a legal challenge over the state's decision.

"There has been a statement made by the member of the regional body and the compact council to continue the review of procedures and the guidance and rules going forward. There are number of issues that are likely to be discussed and this could certainly be one of them," said Johnson with regard to monitoring and enforcement of withdrawals.

The compact council is set to take up the proposed changes at its meeting in Chicago on Thursday.