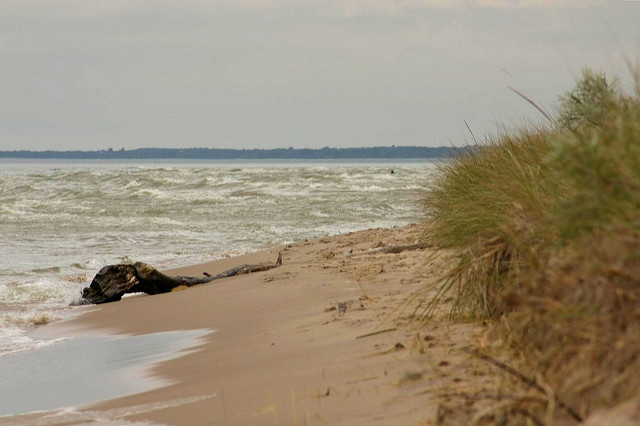 FEMA Studying Coastal Areas Most At Risk Of Flooding
By Danielle Kaeding
Share:

The Federal Emergency Management Agency is conducting a Great Lakes Coastal Flood study that will be used to update flood maps for coastal communities and define areas most at risk of flooding.

It's is part of a national initiative to update flood maps and show areas prone to flood damage.

"By providing critical flood hazard information and tools to homeowners and communities so they can make better and informed decisions about how to prepare for and take action to reduce damages caused by floods," said Janssen.

High lake levels and winds can lead to significant flooding and damage along Great Lakes coastlines. Janssen said updated flood maps that result from the study will incorporate velocity zones. The zones indicate the highest risk areas for a 100-year flood in which severe storms are capable of producing strong waves with the potential to cause structural damage.

"These maps inform lenders where the most high-risk areas are and where they need to require flood insurance for those who have a federally-backed mortgage," she said.

"All of that information aside from ordinances and insurance requirements and things like that really can help communities do more comprehensive planning and make better informed decisions about where to build, how to build, doing emergency response plans (and) evacuation plans," said Janssen.

She noted some flood maps haven't been updated since the 1970s.

So far, the agency has spent roughly $27.5 million on the study. FEMA presented draft flood maps to officials in Douglas, Ashland and Bayfield counties earlier this month prior to storms that caused washouts to roads and damaged lakefronts in northern Wisconsin.

The agency is studying all coastal counties across the state except for Iron County because of the limited number of people living along the coastline there. Janssen said they expect to have all flood maps updated by 2024.