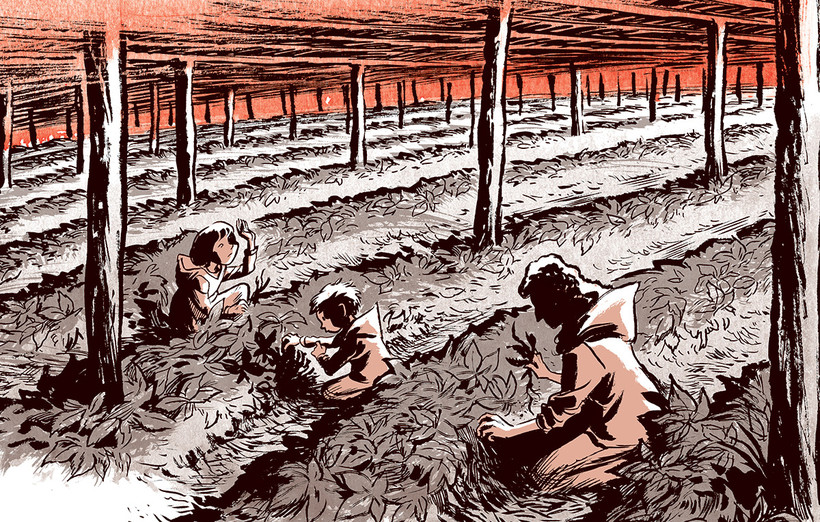 In his autobiographical graphic novel "Blankets," Craig Thompson writes about the hours he spent as a child drawing with his brother.

"An entire day would be consumed by drawing, interspersed with fits of running around outside expending our energy," one panel reads. "Those were the only wakeful moments of my childhood that I can recall feeling life was sacred or worthwhile."

"Blankets" is a coming-of-age novel, and it tells an unvarnished story of Thompson's time growing up in Marathon City, Wisconsin. It’s about Thompson’s strained and sometimes painful relationship to his family’s evangelical Christianity, and about the isolation of being an artistic kid from a working-class background in the 1980s and '90s. But it’s also, as in that panel, about his love for comics.

"That’s when comics and drawing was the most pure for me," Thompson told WPR's "BETA." "It’s when we were that age, 10 years old, 7 years old, and just drawing on the same piece of paper."

There was, he said, a "sort of playful abandon of drawing at that age." 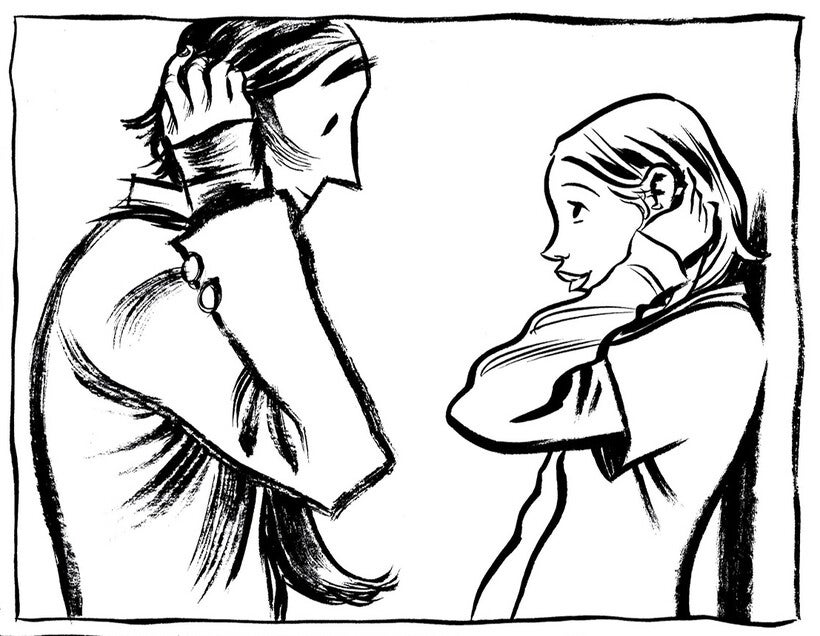 Thompson’s newest project, "Ginseng Roots," is in some ways a return to that time.

The international market for Wisconsin ginseng was expanding then, and more and more farmers were growing it. Thompson and his brother, Phil, earned money for comic books by working in the fields weeding, picking rocks and berry-picking for ginseng farmers.

"Ginseng Roots," which is being released as a series of 12 comic book issues through the publisher Uncivilized Books and will be collected into a graphic novel, grew out of a desire to take on a different kind of project. Thompson wanted to do a nonfiction, journalistic comic. He also wanted to tell a story about plants.

"We’re living in this age of environmental crisis," he said. "What are the stories that the plants themselves have to convey to us?"

That line of thought led him back to his childhood relationship to ginseng.

"As I started to think about that I realized how unique and a little bit odd that was, that I grew up in this very small-town, rural setting, in the middle of Wisconsin, working with this sort of exotic medicinal plant," he said.

Across Asia, the root crop is believed to promote health and wellness, and it’s served in teas, infused in honey or processed in any number of ways.

In the United States, more than 95 percent of the nation’s ginseng is grown in central Wisconsin, owing to the nature of the soil and the climate. Most of that crop is exported to China, and it’s an economy of tens of millions of dollars per year.

It’s also a stylistic departure for Thompson in the way he uses color. 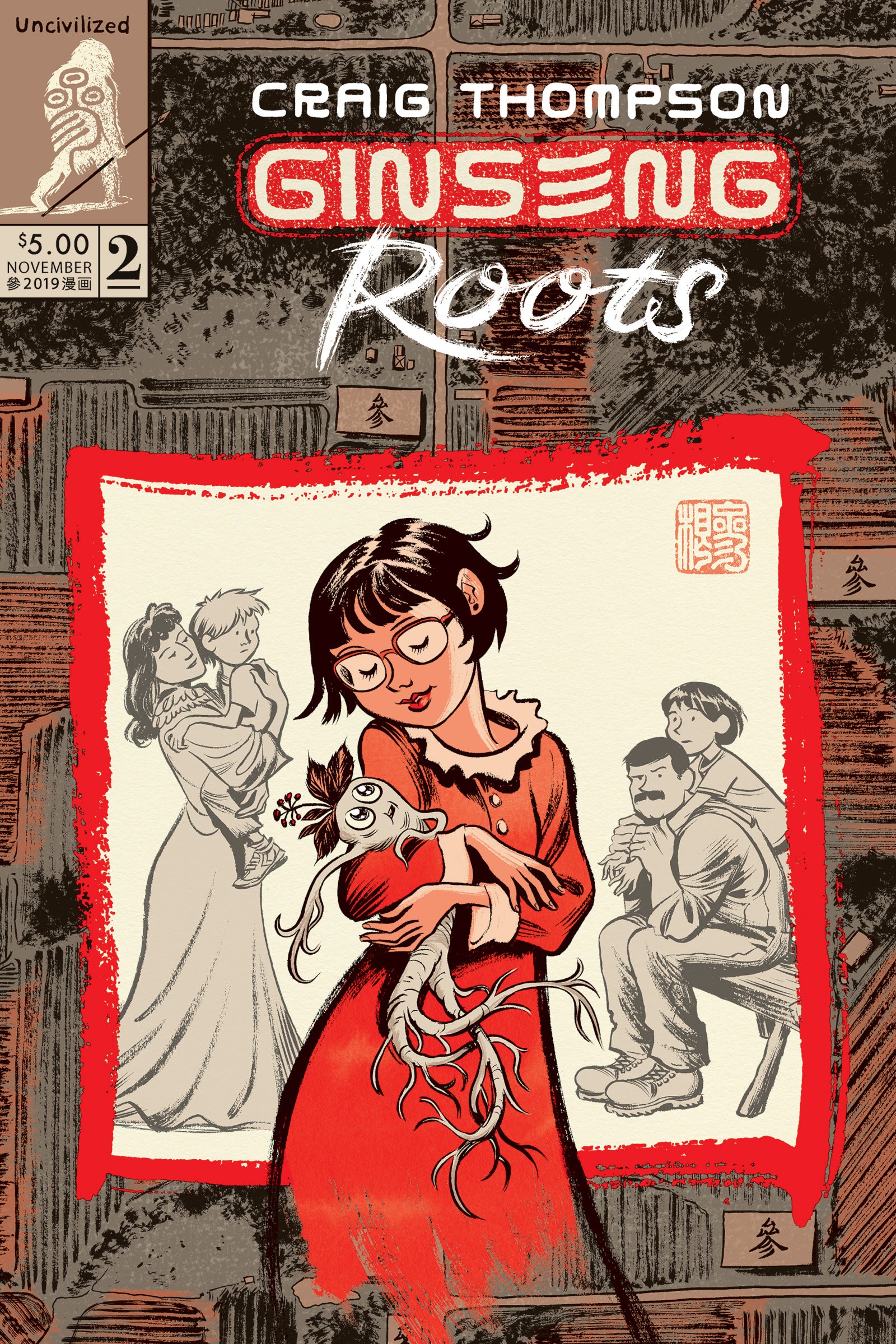 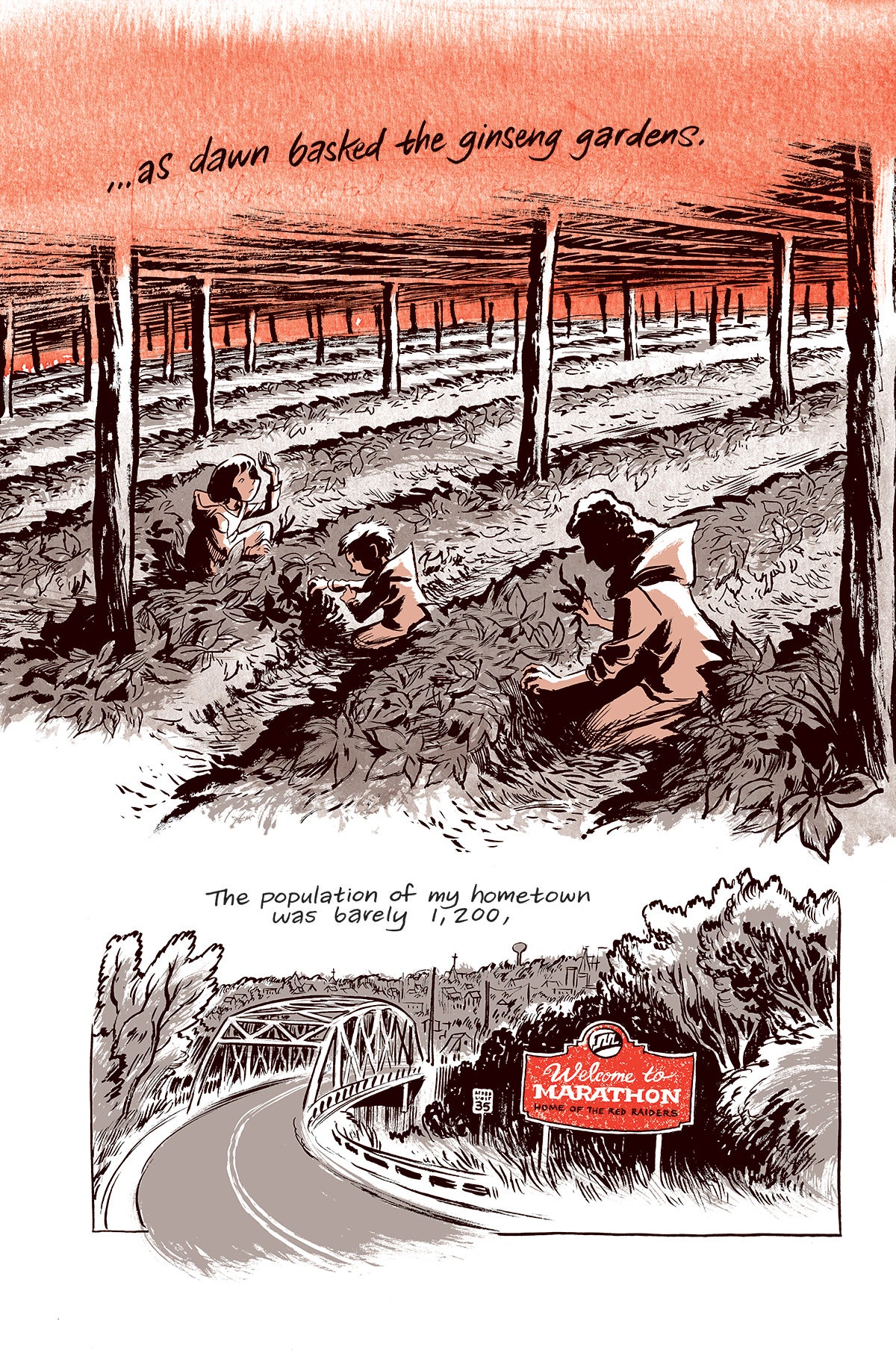 Most of his best-known work has been black and white. His 2015 graphic novel for young readers, "Space Dumplins," was a full-color comic. But with "Ginseng Roots," he incorporates a single color, a cadmium red, into his black and white compositions. It's an approach inspired by traditional Chinese printmaking, Thompson said. He also drew inspiration from Japanese woodblock prints of Katsushika Hokusai.

"My preference is toward black and white because it’s sort of the closest to the author’s handwriting," Thompson said. "It’s very pure. But consumers like full color the most. I think the additional one color is sort of the sweet spot, because you can see the calligraphy of the artist’s line, but there’s a little more depth and dimension. ... There’s less noise."

Thompson has published five graphic novels, beginning with the surrealist fable "Goodbye, Chunky Rice" in 1999. It was the quiet, deeply personal "Blankets," published in 2003, that became a breakout hit and made comics his full-time job.

"It was the beginning of my career, and I didn't have a sense of self-consciousness or audience yet at that time," he said. "I didn't think people would see this book. I had only a couple of people in mind when I drew it."

That’s a "naive, innocent space to produce from," Thompson said, and one that he knows he probably can’t recapture now, when he operates with an awareness of the audience that exists for his work.

But he still tries to take a personal approach to his work.

"Have an audience of one or two people (in mind), as if you're writing a letter to someone," he said. "That's what keeps it intimate."