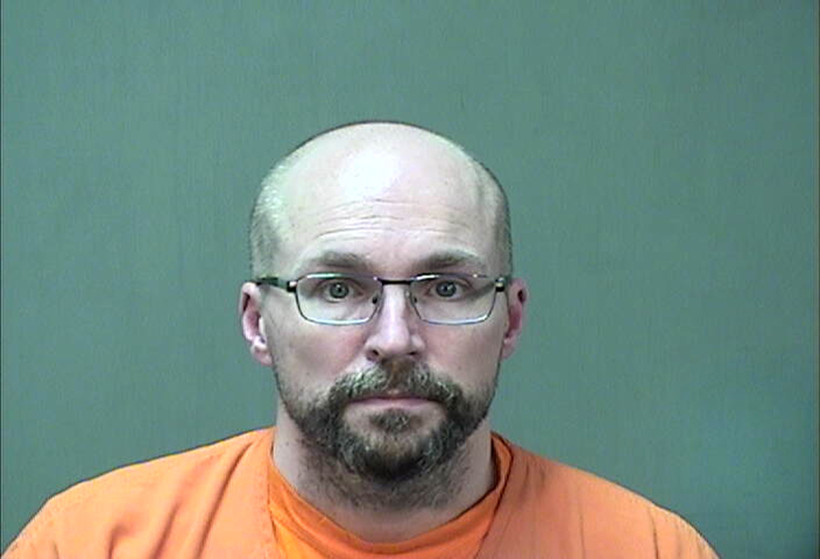 The Wisconsin pharmacist who tried to destroy more than 500 doses of coronavirus vaccine in December has been sentenced to three years in federal prison and three years of supervised release.

According to a sentencing memorandum submitted in court by acting United States Attorney for the Eastern District of Wisconsin Richard Frohling, Brandenburg had left the vaccine out during two successive shifts at the pharmacy Dec. 24 and Dec. 25 with the intention of rendering it inert.

Before hospital officials realized what Brandenburg had done, 57 people, many of them health care workers, received doses Dec. 26 that had been tampered with. Frohling's memorandum states "it appears the vaccines were still effective" but those individuals suffered significant harms nonetheless.

"One victim, a medical professional, described feelings of 'anxiety,' 'anger,' and 'lasting worry and stress,' alongside an inability to focus on daily tasks or sleep," wrote Frohling.

"A different victim described how their initial feelings of 'excitement and hope for the future' curdled into anger after learning of the defendant’s crimes: 'He had no right to make that decision for me. Despite how he felt regarding the vaccine or COVID-19, this was my choice and my body ... He took away the security of knowing I was protected from this virus ... He had no right to do that ... He deserves no leniency,'" Frohling reported to the court.

Frohling said his office was recommending a maximum sentence of 51 months in prison, in part because Brandenburg knew the consequences of tampering with the vaccine during a pandemic and was prone to conspiratorial thinking.

"Despite his training and experience as a medical professional, the defendant is a conspiracy theorist and vaccine skeptic," wrote Frohling. "He believed that the authorities were 'out to get him;' that Judgment Day was imminent; that the 9/11 terrorist attacks were 'fake;' that the Earth was flat; that he was a 'prophet;' and that vaccines were 'of the Devil.' The defendant had particular issues with the Moderna COVID-19 vaccine, believing that it was 'microchipped' and would render recipients infertile."

Frohling said "on multiple occasions" Brandenburg was able to convince coworkers in the pharmacy to avoid annual flu vaccinations by filling syringes with saline solution and mislabeling them. That went against federal law and hospital system policies.

"Even more disturbing was the defendant’s habit of bringing firearms to the Grafton Facility, in direct violation of Aurora’s rules and regulations," wrote Frohling. "One witness described how the defendant, in approximately November 2020, showed that same witness a handgun and explained that it was for use in case the 'military came to take him.'"

Brandenburg's ex-wife also told law enforcement officials that she feared for her safety and the safety of their children, according to the sentencing memorandum. Frohling wrote she told investigators Brandenburg had rental units stocked with bulk food and guns in preparation for the government launching cyberattacks with an intention of shutting down the nation's power grid.

Frohling closed his argument for a maximum sentence for Brandenburg by stating the defendant "Put his patients in harm's way, in service of an ideology that is antithetical to his training, education and experience as a pharmacist."

"He could have easily killed multiple people; instead, he caused untold anguish and anxiety for fifty-seven victims and undermined public confidence in the nation’s primary weapon in the fight against COVID-19," wrote Frohling. "Crimes of this magnitude deserve substantial punishment. The government accordingly requests that the Court impose a sentence of 51 months’ imprisonment."

Ultimately, Brandenburg was sentenced to 36 months in prison with another three years of supervised release. He was remanded to custody immediately.

Grafton Police Chief Jeff Caponera said building the case took hard work from multiple law enforcement agencies, which had to prove that the vaccine doses were spoiled, that they were spoiled intentionally and that Brandenburg knew what he was doing was going to cause them to be ineffective.

"So, that in itself takes a lot of time sending them back and forth to the lab to verify their worth and to see how much of it was actually usable, how much of it wasn't," said Caponera. "And then you had the 57 victims that we had to talk to and interview because, you know, that plays a part into it as well."

"So, you know, three years is three years," said Caponera. "Hopefully this is a lesson learned by anybody else who wants to manipulate any type of vaccine, whether it be the flu or whether it be COVID. It's not acceptable."

Officials with Advocate Aurora Health wouldn't agree to an interview for this story, but spokesman Mike Riopell emailed a statement about Brandenburg's sentencing to WPR.

"With safety always our top priority, we continue to move forward after the despicable actions of this individual," said the statement. "Since this incident, our successful vaccination program has continued with more than 700,000 doses administered to date, and the dropping COVID-19 numbers show how important the vaccines have been in moving us toward the end of the pandemic. The vaccines are safe and effective, and we remain fully committed to doing our part to distribute them in our communities."