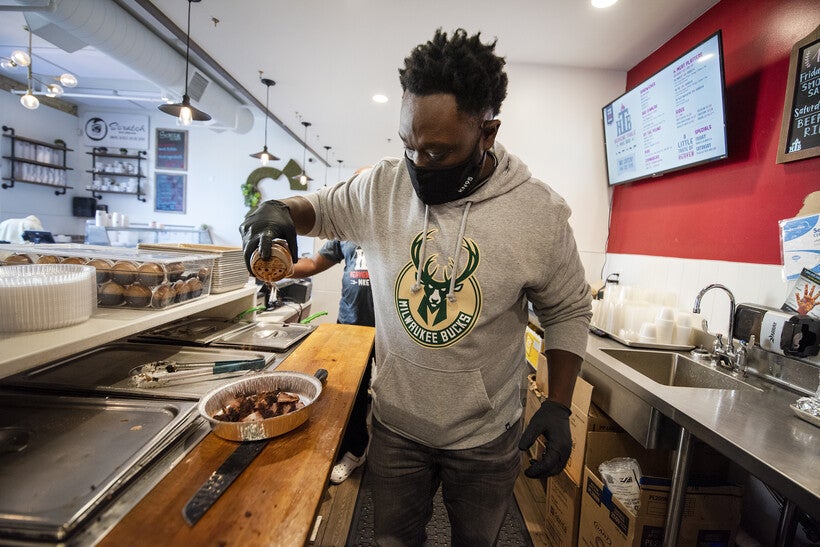 With governor’s race on horizon, future of pardons uncertain in Wisconsin

Pardons after 2022 could hinge on Gov. Tony Evers’ reelection
By Laurel White
Share:

Jason Alston tells a story about his first day in prison, about 20 years ago.

He was 20 years old at the time, convicted of felony drug charges.

His cellmate looked at him, asked what Alston was in for and said, "Man, you don’t look like you belong here."

"And I kind of took that like, 'Yeah, yeah, you're right,'" Alston said at a press conference in September in Milwaukee. "You know, because everybody has a choice to make, the right decisions in life, and unfortunately I didn't at the moment, but I knew then I wanted to start to."

Alston served 19 months in prison, then got his bachelor’s degree in business management at Cardinal Stritch University in Milwaukee. After earning his degree, he decided to pursue a passion for cooking, went to culinary school and followed an ambitious path from working in a kitchen to being hired as an executive chef and then opening his own Milwaukee restaurant, Heavens Table BBQ.

But, despite his successes, he still had "felon" attached to his name, which made it harder to do things like qualify for some programs during school and to get an apartment. In Wisconsin, people with felony convictions are barred from doing a number of things, like being on a jury, holding public office, having a number of state licenses and voting in elections.

Alston lived with those challenges for 20 years — until April 2, 2021, when Gov. Tony Evers pardoned him.

"I am one of those people that believe in redemption," Evers said in an interview with PBS Wisconsin this summer. "I think it's really important to send a signal to the people of Wisconsin that all that is about corrections isn’t about punishment, it's about getting people ready to reenter life." 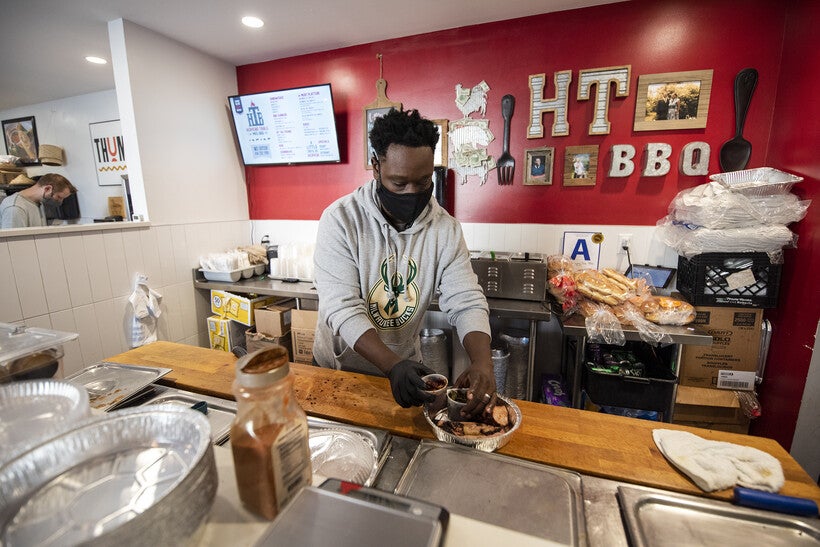 Before Evers was elected, the pardon program in Wisconsin was dormant for eight years.

Former Gov. Scott Walker halted the program after he took office in 2011, and stuck to his decision, even when thousands signed a petition asking him to pardon Steven Avery, whose case was made famous in the Netflix series "Making a Murderer."

In a 2016 interview with WTMJ-TV, Walker acknowledged he had "drawn a line in the sand" on pardons.

"Well, I have, and I think this is a good example," Walker said. "A pardon shouldn't be based on a TV show. A discussion about this should be based on evidence."

Walker told the Associated Press in 2013 he had "a hard time undermining the actions of a jury and of a court."

But the difference between Evers and Walker on pardons shouldn't be considered a split between a Democratic governor and a Republican one. There typically isn't a partisan split over the value of pardons, said Mark Osler, a law professor at the University of St. Thomas in St. Paul, Minnesota, and an expert on clemency.

"Not in the sense that blue states do more clemency than red states," Osler said. "If anything, it's the other way around."

Osler points out that in the last few years states like Oklahoma and Alabama have each granted clemency to more than 800 people a year.

In Wisconsin, former Republican Govs. Tommy Thompson and Scott McCallum issued pardons, and so did former Democratic Gov. Jim Doyle. Between the three of them, more than 550 people were pardoned in Wisconsin over a 24-year period, according to the governor's office.

Since taking office, no prominent Republicans have criticized Evers’ more than 250 pardons granted over two years.

Evers faces reelection in 2022 and his most high-profile Republican challenger so far is Walker’s former lieutenant governor, Rebecca Kleefisch.

Kleefisch's campaign didn’t respond to requests for comment about whether she would follow in Walker’s footsteps and suspend the pardon program again. Drawing that same line in the sand might drive away some prominent Republican donors like the Koch brothers, who champion clemency, Osler said.

When Evers took office, there were hundreds of pardon requests waiting for him. Whether a backlog like that will start to pile up again in Wisconsin is an open question — at least until Election Day 2022.

This story was produced for WisContext, a collaboration between WPR and PBS Wisconsin.

Related Links:
From incarceration to leader in the community: How and why Anthony Cooper was pardoned