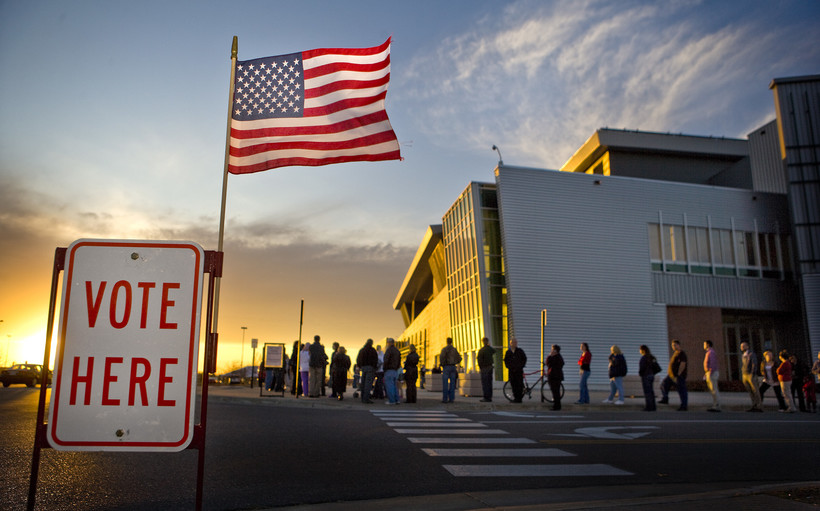 The poll shows 45 percent approve of the job Trump is doing, while 53 percent disapprove. That is about the same as Trump's 46 percent job approval rating in April.

The president's handling of the economy had 49 percent support in the poll, with 50 percent opposed, splitting largely on partisan lines.

For the first time in the 2020 campaign, the poll asked respondents about the Democratic candidates for president, with voters' attitudes reflecting national trends at this stage of the race.

Pollster Charles Franklin said with a large field of candidates and the state's primary months away, many Wisconsin Democrats haven't made up their minds.

"You would have expected them to have tuned in," he said. "But there's still a lot of uncertainty out there, and it would be really a mistake to look at the top tier of candidates — or, for that matter, at least a good chunk of the bottom tier — and assume that nothing can change."

Biden led Trump 51 to 42 percent in a head-to-head matchup, the strongest showing of any Democratic candidate.

Wisconsin Gov. Tony Evers saw more approval in the new poll than in the April survey.

His job approval rating stood at 54 percent, with 34 percent disapproving and 10 percent offering no opinion.

That was up from a 47 percent approval rating in April.

The Republican-controlled Legislature had a 52 percent approval rating in the new poll, with 38 percent disapproving and 8 percent saying they didn't know.

Franklin said while these numbers split along party lines, the public appeared less polarized on the governor and the state Legislature than on other officials and other issues, even after a budget debate.

"We actually did pass a budget on time, something that the last couple of Legislatures have had trouble managing on time," Franklin said. "And we did not have mass demonstrations at the Capitol after that happened. So in that sense, maybe the sound and fury of the summer was a little more relaxed."

"It's not like people haven't been exposed to shootings and haven't thought about this before," he said. "And as a result, this poll coming after El Paso and Dayton but before Odessa and Midland show very little change from last time."

The poll found similar levels of support for what are called "red flag laws," which would restrict individuals' access to guns when a court determines them to be a danger to themselves or others.

Evers and Democrats back both measures, but Republican legislative leaders have raised concerns about the bills.

The poll of 800 registered voters was taken between Aug. 25 and Aug. 29. It has a margin of error of plus or minus 3.9 percentage points.