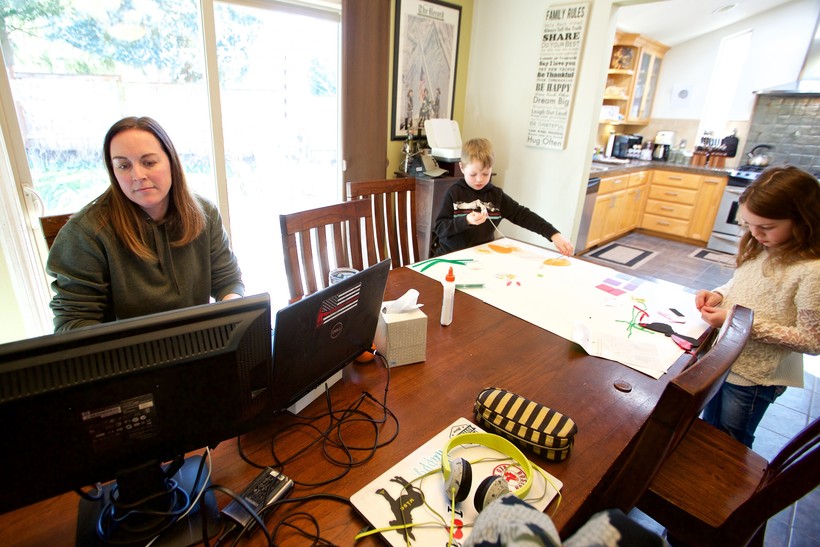 Got Older Children At Home? Use This Moment To Teach Some Self-Direction

It'll Probably Be Chaotic, But Creating A Schedule Can Help, Pediatrician Says
By Elizabeth Dohms-Harter
Share:

After Gov. Tony Evers issued orders to close all K-12 schools and non-essential businesses until April 24, parents working from home are dealing with the added stress of supervising and entertaining their children.

Pediatrician Dr. Dipesh Navsaria, of the American Family Children's Hospital, said one of the most important ways to reduce stress in this circumstance is build a schedule and a sense of routine. It also helps to communicate clearly, for example by letting your child know that you're on an important call and should only be disrupted for emergencies.

Navsaria said it can be difficult for parents who are used to the idea that they have so many hours in a day to get their work done.

"There's going to need to be some give on that, because children's needs also need to be met during this time," he said.

Navsaria said because there's so much available online, getting them to learn doesn't necessarily require parents set up a formal learning environment.

He said it's important that children are curious about the world around them and figuring out what is valuable, useful and reliable information.

"That doesn't need to be sitting there and doing math problems or writing essays or things like that," he said. "It can be a lot of inquiry that they can really guide and direct on their own."

Navsaria said that some children might find it liberating to have some control over and a voice in what they study.

And the home can be an excellent place to learn, even with everyday tasks and chores. Cooking in the kitchen is a way to learn all sorts of science, as well as math. Navsaria said there's lots of websites and books that explain the science that goes into cooking.

Additionally, he said that screen time doesn't have to be bad. It's discouraged primarily because a lot of it is aimed at entertaining or commercialized activity.

"It all depends on what you're using the screen for and are you talking about what your children are viewing on that screen and what they're learning from it," he said.

With older children, Navsaria said try modeling good behavior for them. For example, set up a block of time for them to do school work, and then work next to them on your own work.

Some kids might prefer to work in the morning for a few hours, take a long break and then work later in the evening. It's fine to explore those options, too, he said.

Navsaria said there are plenty of options for parents to get started. There's also plenty of articles offering sage advice:

How To Keep Kids Engaged During COVID-19 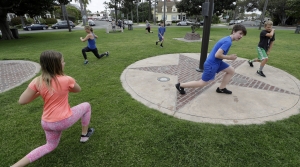 Schools across the United States are closing or shifting to online learning as the coronavirus outbreak continues across the country. We talk to a pediatrician about what parents and caregivers can do to keep kids engaged and learning while at home.