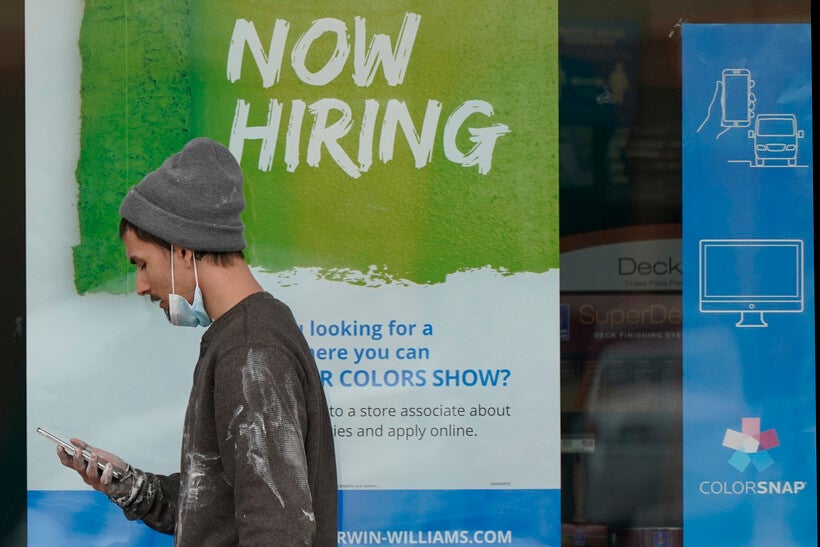 Wisconsin Republicans have introduced a package of bills that would scale back safety net programs like unemployment insurance and Medicaid, arguing the government is to blame for the state’s workforce shortage.

The measures include a plan that would cut the maximum number of weeks of unemployment insurance by nearly half when the unemployment rate is low. Also included is a bill that would penalize people who turn down extra work in order to qualify for BadgerCare.

"The more people that are on these programs who don't truly need them, the more the programs are stressed, and the less funding is available to help the truly needy," said Rep. Tyler August, R-Lake Geneva, at a Madison press conference Tuesday introducing the package.

While the plans could all pass within the next month, they face likely vetoes from Democratic Gov. Tony Evers, who campaigned on using federal funds to expand Medicaid, not on cutting it. In addition, Evers has rejected previous efforts by Republicans to scale back unemployment benefits.

The measures introduced by Republicans on Tuesday include:

Evers spokesperson Britt Cudaback did not say whether the governor would veto the plans, but in a written statement, she highlighted Evers’ ongoing effort to use federal recovery funds to address the state’s workforce issues.

"Gov. Evers is investing $130 million to find innovative, community-based solutions to confront our state’s workforce challenges head-on, so it’s great to hear Republicans now recognize the importance of these efforts," Cudaback wrote. "Under Gov. Evers, Wisconsin has among the lowest unemployment rates in the country at 3% — tied for the lowest in state history — while continuing to be a national leader in our workforce participation rate."

GOP lawmakers say they’ll likely pass their proposals by the end of February.