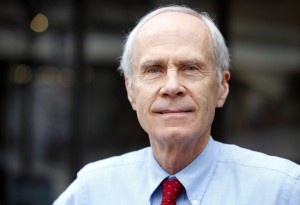 Wisconsin's Secretary of State would be stripped of the power to delay the publication of new laws, under a plan now headed to Governor Scott Walker's desk.

The position does not have many meaningful powers, but this one came into focus during the contentious battle over the collective bargaining bill now known as Act 10. After Governor Walker signed the bill, current secretary Doug La Follette waited the full 10 days allowed him under current law before publicizing it. That delay gave opponents a window to temporarily block the bill in court before it had even taken effect.

Milwaukee Representative Sandy Pasch was among several Democrats who accused Republicans of taking that power away to settle a score with La Follette.

"What this bill does is just a mean vindictive bill. It eliminates a position that we have had in our body out of spite for what happened two years ago."

But Whitewater area Republican Steve Nass said this power was given to the Secretary of State during a different era and there was no logical reason to keep it now. Nass said it should be a bureaucratic process, not a judgment call.

"Current law does not reflect the reality of modern times. The publishing of all legislation should be accomplished without inserting politics into the decision-making."

Under Nass's proposal, laws would take effect once published online by the non-partisan Legislative Reference Bureau.

The plan passed the Assembly on a party-line vote. Governor Walker's office said Walker would evaluate the bill once it reached his desk.