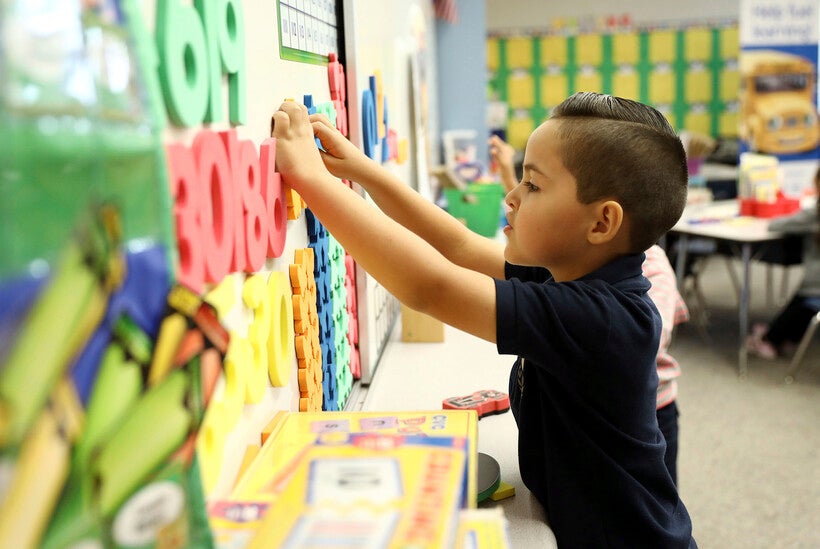 Assembly Republicans say they support an education budget that would spend an additional $500 million on schools, an amount about $900 million less than Gov. Tony Evers proposed.

The budget unveiled Wednesday by Assembly Republicans would spend considerably less, setting aside an additional $50 million for special education over the next two years.

Republicans said that was still substantial, noting the state had not increased special education funding for more than a decade.

They also said under the Assembly GOP plan, the state would fund two-thirds of the cost of K-12 education statewide, a benchmark that was written into law in the 1990s but repealed in the 2000s.

Part of the way Republicans would do that is by raising revenue limits for schools by $200 per student in the first year of the budget and $204 in the second year of the budget, which are the same benchmarks supported by Evers in his budget.

"This budget shows clearly that we can live within our means and that we can build on last session's historic investment in K-12 education," said Assembly Speaker Robin Vos, R-Rochester, at a press conference flanked by nearly 40 of his GOP colleagues.

And it's roughly a third as large as the $1.4 billion increase Gov. Tony Evers campaigned on and included in the budget he presented to the Legislature in February.

The Legislature's powerful Joint Finance Committee is scheduled to vote Thursday on the state's education budget. Anything they pass would still need to pass the full Legislature and be signed by Evers to become law.

In an interview with Wisconsin Public Radio on Wednesday, Evers said he was still hopeful he could reach a deal with Republicans on school funding before the entire process is finished.

"The education budget won't be decided tomorrow," Evers said. "It's a long process."

Should Republicans pass a budget that spends $900 million less on schools than Evers proposed, the governor was not prepared to say whether he'd veto it.

"It's hard to say," Evers said. "We have to look at any budget in the totality of it."

But Evers stressed the $606 million he proposed for special education remained a priority for him, saying stagnant state funding for special education had forced some districts with high numbers of special needs students to cut their budget elsewhere. Evers said his budget was aimed at fixing that.

"School funding should be around equity," the governor said. "Equality is not something that necessarily works in the real world or in the school world. If people need an extra lift, they should get an extra lift and sometimes that costs more money."

It's unclear whether Senate Republicans are onboard with the numbers released Wednesday by Assembly Republicans.

State Senate Majority Leader Scott Fitzgerald, R-Juneau, said in a statement that he was still in talks with his members about what they would support when it comes to school funding.

"I had a great discussion with my caucus this morning and have spoken with Speaker Vos as well," Fitzgerald said. "The caucuses in both houses seem to be headed in a very similar direction in crafting another pro-kid budget."

Fitzgerald and Vos also met privately with Evers on Wednesday, though all three declined to say precisely what they discussed.