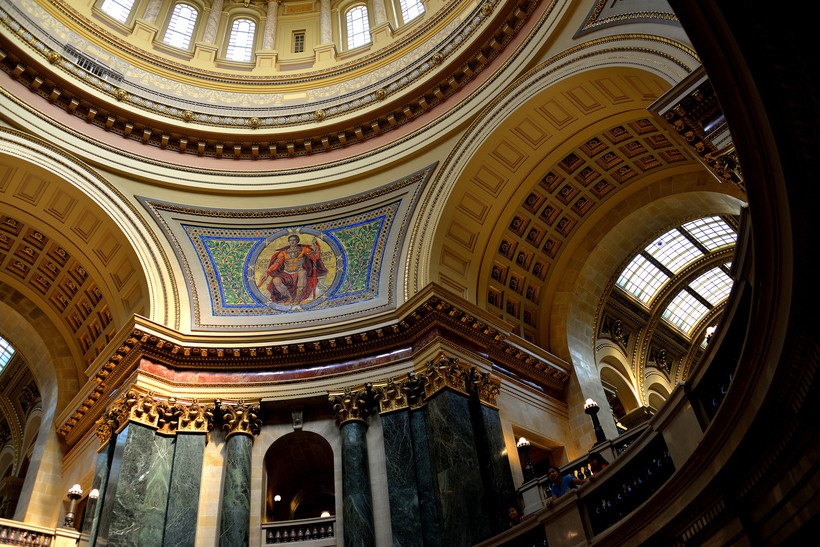 Even as GOP leaders in Wisconsin cheer a deal to bring a massive $10 billion Foxconn electronics plant to the state, lawmakers are clashing over whether to prioritize the stalled state budget or the legislation needed to formally close the agreement with the Taiwanese tech manufacturer.

After meeting Tuesday morning with caucus members and Gov. Scott Walker, Assembly Republican leaders announced an aggressive two-week timeline to consider the $3 billion tax incentive plan for the project that could bring up to 13,000 jobs to the state.

"For us, the biggest priority is making sure that we have Foxconn moving along, because we know that the sooner we are able to do our due diligence on the legislation, the sooner they are able to choose a site and hopefully begin construction, start employing people and get money into the pockets of everyday Wisconsinites," said Assembly Speaker Robin Vos, R-Rochester.

The Assembly's jobs and economy committee is scheduled to hold a hearing on the measure Thursday in the state Capitol. It plans to vote on advancing the bill Tuesday, Aug. 8, said committee chair Rep. Adam Neylon, R-Pewaukee.

Vos said he would like the full Assembly to vote on the measure in mid-August.

But Tuesday afternoon, after meeting behind closed doors with his own rank-and-file members, state Senate Majority Leader Scott Fitzgerald, R-Juneau, said Republican senators believe completing the stalled state budget should be a higher priority than moving forward on the Foxconn deal.

"We had that discussion about what do we focus on and the caucus is united on the idea that it's the state budget," Fitzgerald said. "We gotta get the budget done."

The budget is now a month past deadline.

Fitzgerald also said GOP senators have "a lot of questions about Foxconn" and want more information before proceeding with the bill.

He said one consideration is what the Foxconn deal would mean for the 2017-2019 state budget.

Walker, a primary backer of the deal, also met Tuesday with Senate Republicans to go over specifics. He told reporters he does not think there will be "major changes" to the incentive plan. More likely, he said, is a "potential for a few tweaks here and there."

Walker also defended the quick timeline proposed by the Assembly.

"There's plenty of time to have public hearings, to have the public engaged,” Walker said.

Some Democrats expressed concern that there could be a lack of due diligence.

Rep. Gordon Hintz, D-Oshkosh, said holding a hearing Thursday, given numerous questions about the bill, is a "disgrace to all taxpayers in the state of Wisconsin."

Outside of the state Capitol, other groups are raising questions of their own about the Foxconn deal.

Wisconsin labor activists are asking for guarantees that construction and factory jobs at the facility would go to Wisconsin workers, and that the company would guarantee good wages.

Ironworker Randy Bryce said he wants to make sure the state doesn't make it harder for Foxconn workers to unionize.

"It's federal law that people have the ability to. I think the state should not step in and try to squash that idea," Bryce said.

The Wisconsin AFL-CIO is calling on the state to make sure Foxconn pays livable wages from top to bottom, and that the company has high safety standards.

Beyond politics and labor issues, some business experts are also questioning the long-term economic viability of a factory that would build liquid crystal display screens.

Chinese production capacity for LCD displays has shot up in recent years, according to University of Wisconsin-Madison business professor Hart Posen. That may lead to a price drop, he said.

"Capacity is going up really fast," he said. "Demand is probably not increasing quite as fast as capacity, or at least that puts you in this place where there can be tremendous swings in prices as demand moves."

Posen warned that it could be reminiscent of what happened when Chinese solar panel makers cut their prices, leading to a global price drop.

"This may or may not happen here," he said. "But it's certainly not unrealistic to expect that it's possible."