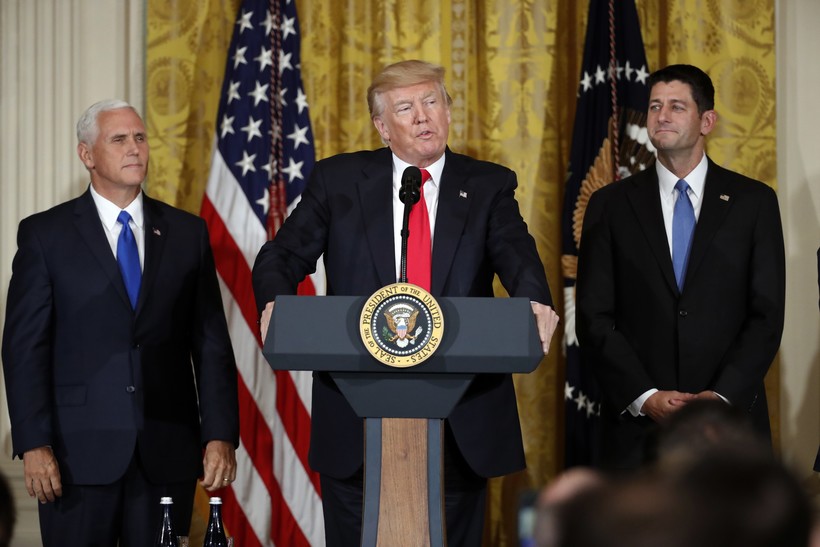 Foxconn To Build $10B Electronics Plant In Wisconsin

It's expected to bring some 3,000 jobs to the state initially, with up to 13,000 people eventually employed at the facility.

The state is offering an incentive package worth $3 billion over 15 years. They would only be awarded if Foxconn creates the jobs and pays an average salary of nearly $54,000.

Walker's office distributed details about the planned project, which he called the largest economic development investment in the history of Wisconsin.

"This is a once-in-a-century opportunity for our state and our country, and Wisconsin is ready," Walker said. "We are calling this development 'Wisconn Valley,' because we believe this will have a transformational effect on Wisconsin, just as Silicon Valley transformed the San Francisco Bay Area."

Foxconn is evaluating multiple sites in southeast Wisconsin. But the planned facility would be operational by 2020 and cover 20 million square feet, large enough to hold 11 football fields. The entire campus is envisioned to cover nearly 1.6 square miles.

Walker said a special session of the Wisconsin Legislature will be called to pass the incentive package.

The Trump administration heralded the announcement Wednesday as a victory in its campaign to bring high-paying manufacturing jobs back to the United States.

"To make such an incredible investment, Chairman Gou put his faith and confidence in the future of the American economy. In other words, if I didn't get elected, he definitely wouldn't be spending $10 billion," the president said during his remarks.

Seven states had competed for the Foxconn plant. Other states vying for the plant were Michigan, Illinois, Indiana, Ohio, Pennsylvania and Texas.

The administration said it did not help steer Foxconn to Wisconsin in what would appear to be a victory for both Trump and Walker, a Republican who is up for re-election next year.

Wisconsin Democrats meanwhile were more cautiously optimistic about the plan.

"It's an exciting opportunity. ... We want to make sure it's a fair deal for everybody. We want a win, win, win," said Assembly Democratic Minority Leader Peter Barca.

"While I welcome new businesses to the state, I want to ensure any state-subsidized private sector jobs offer a living wage and safe working conditions," said Democratic state Senate Minority Leader Jennifer Shilling. "I am cautious of committing taxpayers to decades of economic costs and liabilities."