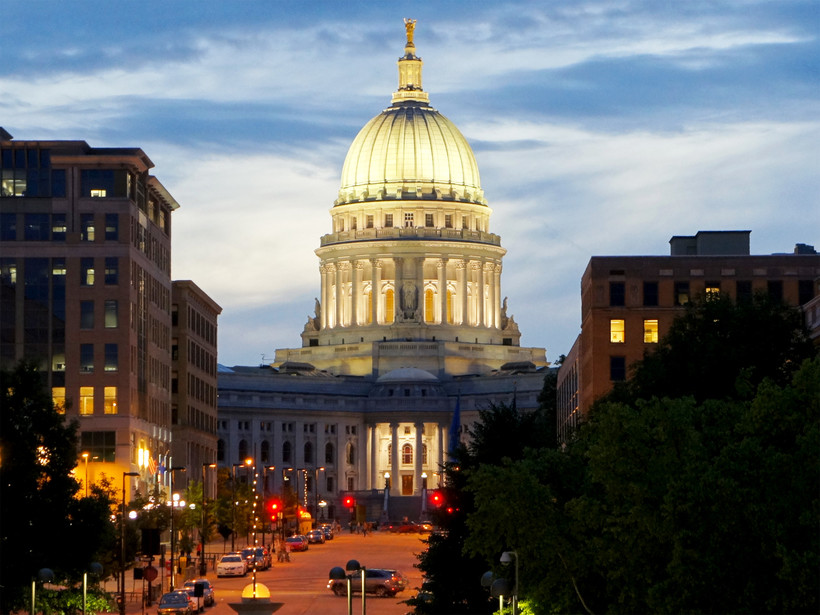 Budget Experts Warn Against Cut Based On Revenue Estimates
By Laurel White
Share:

State Assembly Republicans are proposing a $300 million tax cut in response to increased state revenue estimates, even as budget expert warn against such action.

Assembly Republican leaders proposed the tax cut on Thursday afternoon, saying it was in response to revenue estimates released Wednesday that project the state will bring in about $450 million more dollars than expected in tax collections through mid-2019.

The cut would be a swap, presented in concert with a $300 million tax increase intended to patch a nearly $1 billion state Department of Transportation budget shortfall.

"Obviously, the revenue projections changed the conversation quite a bit," said Assembly Majority Leader Jim Steineke, R-Kaukauna. "To be honest, a number of months ago I wouldn't have thought a corresponding offset to any increase for transportation would have been possible."

Gov. Scott Walker has said for months he would not support a tax increase to cover roads spending unless a corresponding cut was made elsewhere in the budget.

"We can cut taxes, fix our roads and prioritize education:  it’s a win, win, win situation, and everyone, including the governor, can keep their promises to taxpayers," said Assembly Speaker Robin Vos, R-Rochester, in a prepared statement.

A spokesman for the Walker said the governor's office is looking forward to hearing more details about the plan.

The lawmakers' bare bones plan doesn’t specify which taxes would be cut and which would be increased. Republican lawmakers have in recent months discussed raising the gas tax or vehicle registration fees as possible revenue sources to pay for road projects.

Steineke said Assembly Republicans will meet in the coming weeks to discuss those details.

On the same day Republicans advanced their plan, budget experts warned against using the increased state revenue estimates as rationale for tax cuts.

"There have been any number of times in the past years when very optimistic revenue projections led to cuts in tax rates that proved to be unsustainable," said Jon Peacock, director of the Wisconsin Budget Project.

In 2014, revenue estimates came in nearly $1 billion higher than expected. Lawmakers cut taxes in response and when revenues subsequently fell short of estimates, they had to cut state spending in the next budget. Those cuts included $250 million to the University of Wisconsin System.

"One of the things that we know about economic projections is they're always going to be wrong, we're just hoping that they're wrong by small amounts," Knapp said. "It’s really hard to forecast a turn in the economy."

Steineke said he and his colleagues acknowledge the uncertain nature of the estimates and are planning accordingly.

“We'll be cautious moving forward," he said. "That’s why you're seeing a $300 million tax cut proposed versus a $2 billion tax cut."

The state transportation budget is expected to be the marquee issue of upcoming budget negotiations. Walker will present his budget proposal sometime next month.