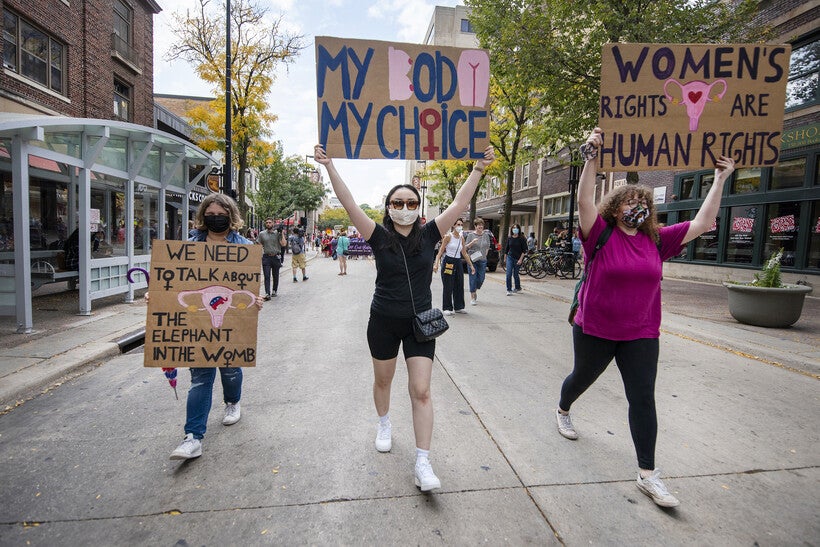 Proposals were all vetoed by the governor during the last legislative session
By Laurel White
Updated:
Wednesday, October 27, 2021, 2:15pm
Share:

The state Assembly voted Wednesday to approve several bills that would increase abortion restrictions and regulations in Wisconsin, sending them to Gov. Tony Evers for a likely veto.

The proposals all passed on mostly party-line votes, with Republicans voting in favor and Democrats against. All of the bills have previously been vetoed by the governor.

Ahead of the votes, Rep. Lisa Subeck, D-Madison, accused GOP lawmakers of playing politics by bringing the bills to the floor, despite the likely vetoes.

"This is a political game being played by Republicans to gin up their base ahead of an election where they know that access to reproductive health care will be at the forefront of the discussions," Subeck said. "They are playing into the hands of the most extreme elements of their base and women are pawns in their ugly political game."

Assembly Speaker Robin Vos, R-Rochester, pushed back on that. He argued Republicans should be able to reintroduce proposals they believe in, regardless of the governor’s position.

"Gov. Evers keeps introducing the same proposals over and over knowing what their fate is," Vos said. "I think that’s part of his role, to be able to say what he stands for … and I would say the same is true for us."

One of the previously-vetoed measures approved Wednesday would penalize Wisconsin health care workers for failing to provide care in the rare case a baby is born alive after an attempted abortion.

Supporters of the measure argue it would guarantee life-saving treatment for all newborn babies in Wisconsin.

"This isn’t about getting in between a doctor and a woman who has chosen to have an abortion," said Assembly Majority Leader Jim Steineke, R-Kaukauna. "This is about the life of a child after that child survives the botched abortion."

Opponents argue the measure is unnecessary because health care providers are legally and ethically bound to attempt to keep babies alive in the rare circumstance they are born alive after an attempted abortion.

Rep. Chuck Wichgers, R-Muskego, joined all Democrats in voting against the bill. In a floor speech, he said he did so because it doesn’t go far enough.

Other bills passed on mostly party line votes Wednesday would cut off state funding for Planned Parenthood, require doctors to tell women they can change their minds when undergoing a chemical abortion and ban doctors from performing abortions based on race, sex or congenital defects.

Wichgers joined Democrats in voting against those plans as well. Rep. Timothy Ramthun, R-Campellsport, voted against the bills related to chemical abortions and abortions based on race, sex or congenital defects. He did not say why he did so.

The state Senate approved the measures last week and earlier this session.

Assembly lawmakers also voted 55-39 Wednesday to approve a bill that would make it a crime to temporarily live on public property in Wisconsin.

GOP leaders had delayed a planned vote on the measure earlier in the week.

Under the plan, people who violate the restriction would face a penalty of up to $500 or 30 days in jail. It would also prevent homeless support organizations from receiving grant money unless they meet certain criteria, including providing proof they have helped people get permanent housing.

Supporters have argued the plan supports public safety, but no lawmakers spoke in support of the measure during Wednesday’s debate.

Rep. Kalan Haywood, D-Milwaukee, argued the proposal would do more harm than good.

"This bill makes being homeless a crime," he said. "Giving a homeless person who already may have a host of barriers and challenges a Class C misdemeanor and a blemish on their record does not help."