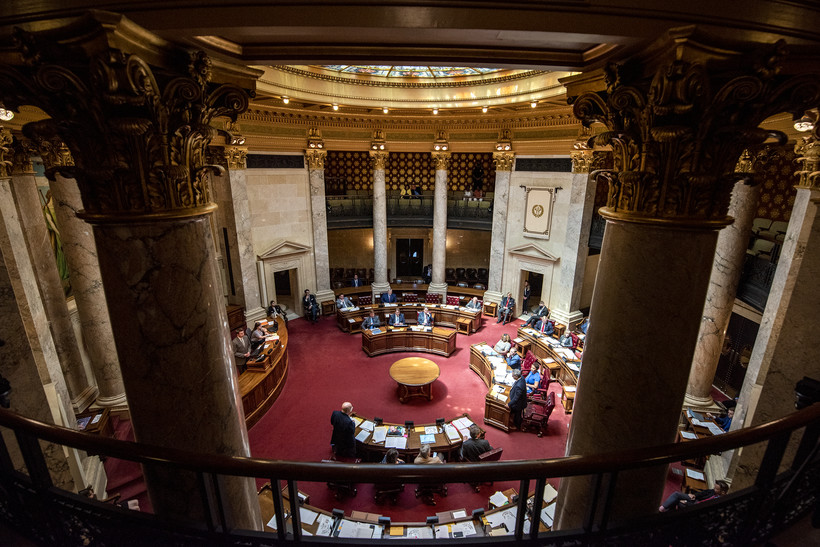 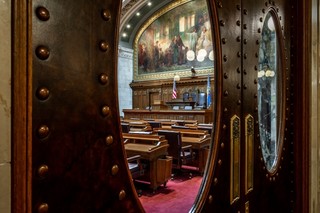 The state Senate voted Tuesday to approve a proposal that would penalize Wisconsin health care workers for failing to provide care in the rare case a baby is born alive after an attempted abortion.

The plan was introduced and passed by the Republican-controlled Legislature during the last legislative session, but it was vetoed by Gov. Tony Evers. The reintroduced plan is likely to follow the same trajectory this session.

The measure passed on a vote of 19-12, with Republicans voting in favor and Democrats against.

Under the bill, if a baby breathes, has a beating heart or shows movement of voluntary muscles following an attempted abortion, health care workers are required to provide immediate medical care and ensure the child is immediately transported and admitted to a hospital. The penalty for failing to do so would be a felony charge with a fine of up to $10,000 and up to six years in prison. If a child is born alive following an attempted abortion and a provider intentionally causes death, they could be sentenced to life in prison ⁠— the same penalty as first-degree intentional homicide. The mother of the child couldn't be charged with a crime under either of the circumstances.

During debate, state Sen. Roger Roth, R-Appleton, argued the bill would guarantee life-saving treatment for all newborn babies in Wisconsin.

"Deciding not to let a vulnerable, defenseless newborn die is not anti-abortion, it's anti-murder," Roth said.

Opponents argue the measure is unnecessary because health care providers are legally and ethically bound to attempt to keep babies alive in the rare circumstance they are born alive after an attempted abortion.

"(The bill) is not attempting to advance the health and well-being of women and babies, it's attempting to divide us using inflammatory, false rhetoric, so that we can further an anti-choice agenda," said Sen. Kelda Roys, D-Madison, during debate.

The bill has yet to be voted on in the state Assembly.

Senators also voted Tuesday to confirm several members of Evers' administration, all of whom have been serving in their roles since 2019.

Evers appointed Crim to her role in January 2019, Romanski in November 2019, Thompson in January 2019 and Hughes in September 2019. The Senate has the power to fire cabinet members, though it rarely does so.

In November 2019, the Republican-controlled Senate voted to fire Brad Pfaff, Evers’ first pick to lead DATCP. It was an unusual move that highlighted the continued conflict between GOP lawmakers and the Democratic administration. According to the Legislature's nonpartisan research office, the Senate hadn't fired a member of a governor's cabinet since at least 1987 before the move.

Following her appointment, Crim received attention in 2019 for a 2005 felony child abuse charge against her.

During and after the confirmation votes, a number of Democratic senators criticized the delay in approving the governor's picks.

"The sad truth is that this sort of dysfunction is exactly the way the GOP likes it," said Sen. Chris Larson, D-Milwaukee, in a prepared statement. "This is not how our government is supposed to work, and the people of Wisconsin deserve better."

Other plans passed by the Senate on Tuesday would: