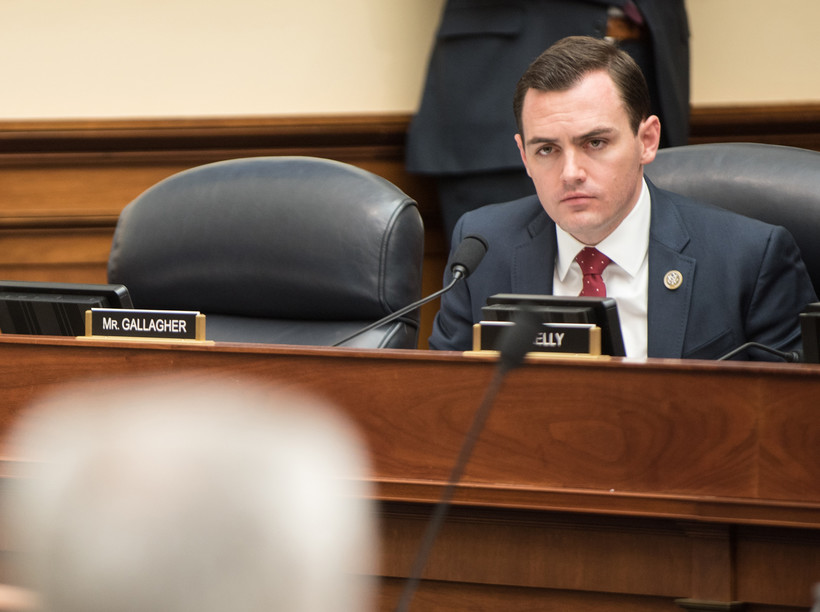 A Republican congressman from Wisconsin said his party's attempts to overturn the 2020 presidential election in Congress represent a "dangerous idea" that would "destroy the idea of American government."

On Sunday, Gallagher issued a statement with six other House Republicans saying they would not object to the Electoral College vote happening Wednesday in Congress. Gallagher's position cuts against many in his party. A group of 11 U.S. senators, including Wisconsin Sen. Ron Johnson, R-Oshkosh, have said they will also join objections to the vote for President-elect Joe Biden, who won the 2020 presidential election. Objectors are not expected to have a majority in either the House or the Senate.

Gallagher said his decision to resist his party's efforts came out of his conservative philosophy.

In the two months since the election, President Donald Trump has been actively engaged in public and private campaigns to overturn its results. His campaign and allies filed a series of lawsuits in states Biden won, including Wisconsin. They lost nearly all of those court cases, and by early December all 50 states had certified the results of their elections. Biden won 302 votes in the Electoral College to Trump’s 232.

Trump has persisted in attempting to reverse those results.

On Sunday, national news outlets published leaked audio of a call between Trump and Georgia Secretary of State Brad Raffensperger in which Trump demanded Raffensperger "find" enough votes in the state to declare Trump the winner there. According to Politico, Trump followed up that call with one to Wisconsin legislators. No Wisconsin legislator has publicly spoken about the call, and as of Monday afternoon its participants were not publicly known.

Gallagher was the only Wisconsin Republican in Congress to take a public position in favor of ratifying the Electoral College results. Several members of the delegation have publicly supported at least some of Trump's efforts to overturn the election.

In his statement, Gallagher decried states' "reckless adoption of mail-in ballots" and other "significant abuses in our election system," but maintained that Congress has no legal authority to throw out states' electoral votes.

In the WTMJ interview, he said it was important not to "endorse the principle that Jan. 6 is a legitimate forum for Congress to overturn the will of the states and the people."

There are 211 Republicans in the Democratic-controlled House, which was sworn in Sunday for the 117th Congress. According to reports, some 140 of them may join in the objections to the Electoral College vote.

In December, Rep. Tom Tiffany signed onto a lawsuit filed by the Republican attorney general of Texas that would have thrown out Wisconsin's presidential votes and instead dictated the election be decided by the state's Republican-controlled Legislature. In a statement on Monday, Tiffany said he views his role as being like a juror "and I am gathering evidence as we speak. I look forward to hearing testimony on any contested states. I want to have the full information, then make my decision."

GOP Reps. Scott Fitzgerald, Glenn Grothman and Bryan Steil did not respond to WPR's request for comment by deadline. On Sunday, former Republican House Speaker Paul Ryan issued a strongly worded statement calling the challenge to Biden’s win "anti-democratic." Steil, R-Janesville, is a former legislative aide to Ryan, but he has not issued a statement about his own views.

A handful of Democrats challenged the Electoral College votes in 2001, 2005 and 2017. The Republican challenges this year, though not expected to succeed, will have drastically more widespread support in the caucus. In none of those earlier elections — including the razor-thin 2000 election, which was ultimately decided by the U.S. Supreme Court — was the losing presidential candidate actively engaged in efforts to overturn the results.