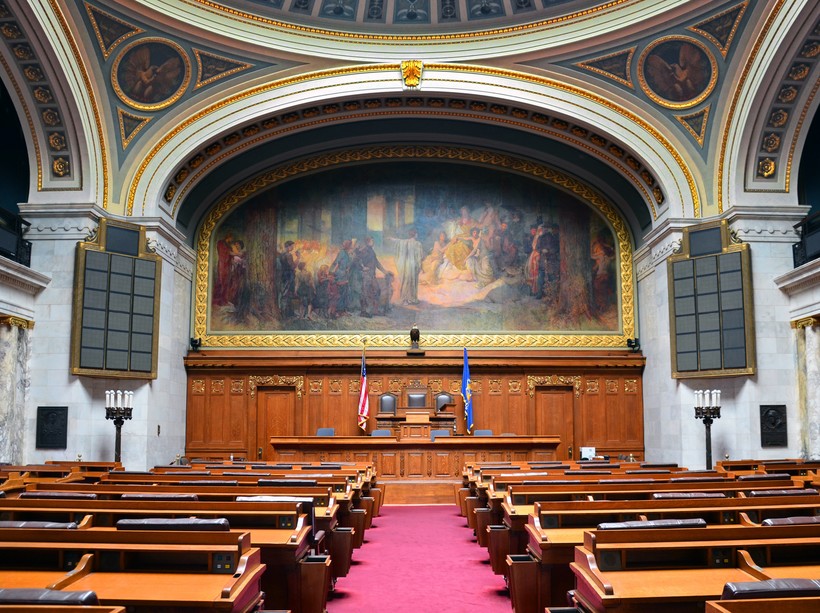 One by one, Republican lawmakers have proposed taking away the tools that prosecutors have used to investigate political misconduct in Wisconsin, a push that experts say will lead to fewer of those cases being tried in the state.

The changes that Republicans have debated this month react in some way to a now-closed John Doe investigation into whether Gov. Scott Walker's campaign illegally coordinated with conservative groups. For the bill Walker signed into law last week, the connection is obvious: It would end John Does for political crimes.

In a John Doe, a prosecutor asks a judge for subpoena powers to secure evidence and see whether a crime was committed. From now on, prosecutors will have to use a grand jury, meaning they'll have to convene a pool of 75-to-150 potential jurors, pick 17 of them, and present their case.

State Rep. Dave Craig, R-Big Bend, pointed out that it's the same system other states use, and he said it's more fair.

"Why would you not want a grand jury of your peers — an objective body — making sure that everyone's rights are protected?" Craig said. "That's what our bill ensures."

"I can only tell you — and I’m drawing on 41 years' experience as a prosecutor — it will be much more difficult, much more time-consuming to use a grand jury," McCann said. "That is the intent and purpose of those who are doing this."

Another Republican bill would eliminate the Government Accountability Board, which was deeply involved in the John Doe probe into Walker's 2012 recall campaign. Judge David Deininger chaired the GAB when it voted unanimously to launch the investigation.

"We were very aware of the players involved and the power that some of those players wield," Deininger said.

Those players, namely the Wisconsin Club for Growth, fought back hard, suing the GAB in courtroom after courtroom, contending the board had overstepped its authority. Last week, Republicans in the state Assembly voted to dismantle the board. A similar plan has yet to pass the state Senate.

Under the GOP bill, the agencies that replace the board would lose independent funding for investigations and could no longer launch investigations on their own without first being presented with a sworn complaint. Deininger — a former Republican lawmaker — said he thinks it's a product of single party control.

"You get accustomed to people in all state agencies doing what you want, doing things your way," Deininger said. "And when decisions were made by an independent group that displeased them and they couldn't coerce or threaten or browbeat the GAB into calling things their way, here's the result."

Even before these proposed changes, elected officials received special treatment under Wisconsin law. While the average citizen is tried for crimes where they allegedly occur, public officials are tried for violations of ethics and election laws in their home counties.

Law professor Ben Kempinen, who runs the Prosecution Project at the University of Wisconsin-Madison, said that requirement coupled with the move to grand juries will present big challenges to a DA from a small county.

"He's gotta drive to Madison and interview the witnesses, go to the county board and say we need another $5,000 to subpoena the witnesses and put these guys up in the Motel 6 for a week," Kempinen said.

Kempinen said for those smaller counties, political cases will be much harder to investigate, even to the point that they're "almost logistically impossible" to do.