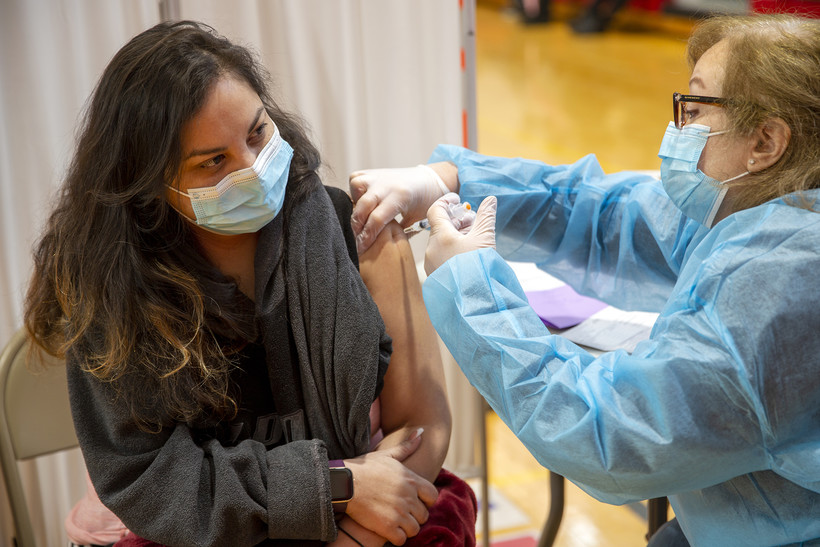 Plan Would Have To Be Presented To The Legislature By Late February
By Shawn Johnson
Share:

Wisconsin's Department of Health Services would be required to develop a COVID-19 vaccination plan for the general public by next month under a bill introduced by a GOP lawmaker.

The proposal by state Rep. Joe Sanfellipo, R-New Berlin, would require the DHS to present its vaccination plan to the Legislature by Feb. 28 and begin administering the vaccines to everyone in the state by March 15.

"We need to start ramping up and being able to vaccinate the public," Sanfellipo said Wednesday at a public hearing. "This bill just aims at putting the process in much quicker."

State health officials are currently using a phased approach to vaccination in the state that started with frontline health care workers and staff and residents in nursing homes and assisted living facilities. The next phase will likely include grocery workers, bus drivers, teachers, inmates and correctional staff.

Sanfelippo's bill is the latest effort by Republicans to try to pressure Gov. Tony Evers' administration to speed the COVID-19 vaccination process, even as health officials caution that they're limited by factors out of their control.

"Most importantly, the distribution process relies on sufficient vaccine supply and allocation from the federal government as well as advanced notice of that supply so that vaccinators can appropriately plan their vaccine clinics."

In addition to setting timelines for the vaccine, Sanfellipo's bill would also mandate that anyone age 60 or older be moved to the highest level of priority when it comes to vaccines. DHS announced Tuesday that Wisconsinites 65 or older would be eligible for the vaccine starting Jan. 25.

Sanfellipo's proposal would also spell out what needs to be on a state COVID-19 vaccine website.

Another bill sponsored by Sanfellipo would let pharmacy technicians administer the COVID-19 vaccine as long as they have at least two hours of training and are supervised by a pharmacist. The plan would also let pharmacy students administer the vaccine if they're completed two years of pharmacy school.

"We need to be able to keep these vaccines flowing into people's arms," Sanfellipo said.

Sanfellipo, who chairs the Assembly Committee on Health, said the panel would vote on his plans Tuesday.

They'd still need to pass the full Legislature and be signed by Evers to become law.