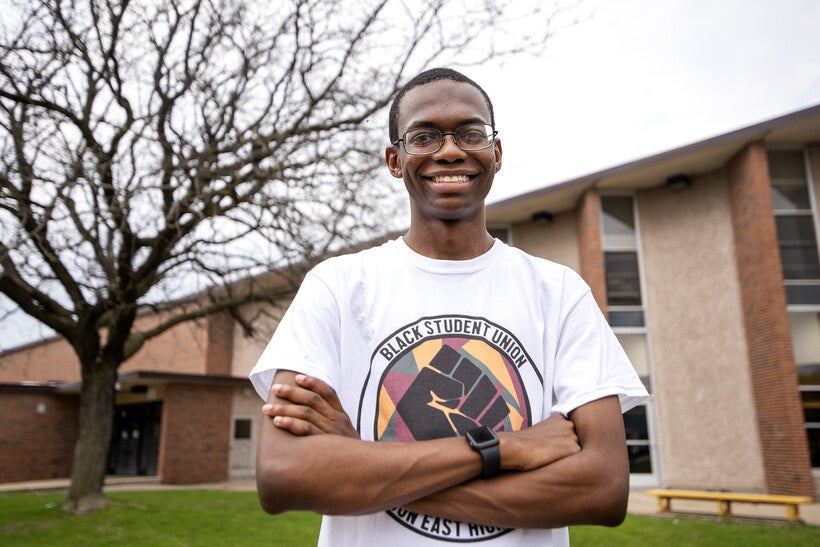 'Go everywhere and see what I'm able to do': New graduates share their visions for the future

The last two school years have been anything but normal. A global pandemic upended schools, taking learning from the classroom into students' homes. All the while, the country has grappled with deep-rooted racism, climate change, debates over abortion access, gun control and rights for trans students — leading to widespread student activism. Politics infiltrated schools and school boards at a pace not seen in decades, and yet students' hopes for the future are as strong as ever.

As the school year draws to a close, Wisconsin Public Radio is celebrating graduation season — and the future — by featuring stories from new graduates around the state in their own words.

'Go everywhere and see what I'm able to do'

Fourteen-year-old Adelia Luna, a member of the Lac du Flambeau Band of Lake Superior Chippewa, is graduating from eighth grade and excited to start high school in the fall. She’s interested in learning more about engineering, but is mostly looking forward to exploring all the options high school offers.

She said she’s inspired by the social activism she sees around her and hopes the world will be a better place because of it.

My name is Adelia Luna. I’m 14 years old, and I go to Toki Middle School, and I’m graduating eighth grade. I'm excited to be in a new learning environment because I just want to figure out what I'm into because I don't really know what I like to do yet. So I just want to go everywhere and see what I'm able to do.

My hopes for the world is that we’ll be a lot happier, safer and clean. It’s very dirty. Racism still exists and it needs to be dealt with. And also climate change, women's rights.

I feel like the world is already protesting about many things. So hopefully by the time I’m done with all the school I have, the world is a lot better than it is now.

'I wanted to do something positive' 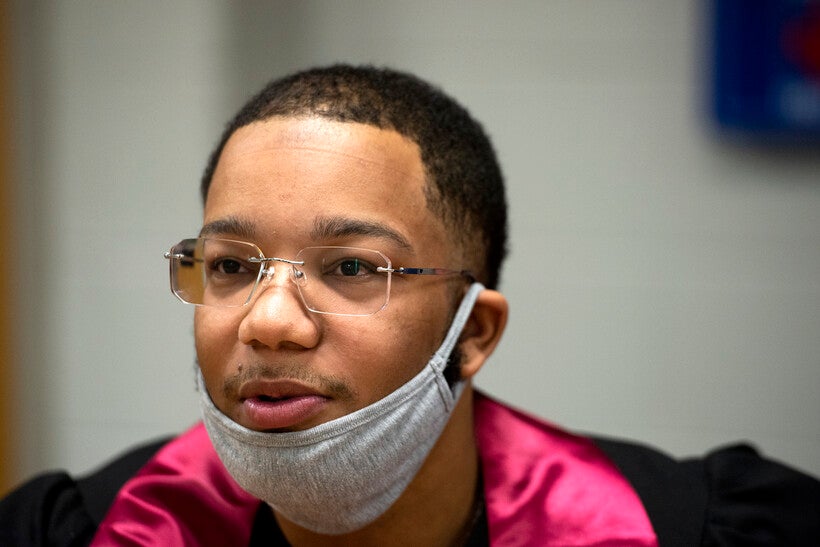 Junior Moreno speaks during an interview after his graduation ceremony Friday, May 20, 2022, at Racine Youthful Offender Correctional Institution in Racine, Wis. Angela Major/WPR

Junior received a high school equivalency diploma while at the Racine Youthful Offender Correctional Facility. He said he’s set to be released in March of next year, and he credits Education Director Ronda Davis with encouraging him to push through even in the toughest of times.

He said he hopes to "do things the right way" and never return to prison.

My education, well, it means a lot to me. I've been incarcerated for about six years. So before I release to the community, I really wanted to get it done.

Even though I had all this time, I wanted to do something positive. As time has passed, I got older and I matured a lot, and I actually wanted to do something (more) than to just sit around and go home and didn't accomplish anything. I can take my education to the next level and participate in some type of college courses when I do come home.

As of right now, we only get school Mondays, Wednesdays and Fridays, and a lot of times it'd be a lot of short staff. So we could barely even go to school, so sometimes we'll get it twice or once or none. So you just never know what to expect as far as school and that'll make you really want to give up because you can't study and you've got to sit there in your room and just teach yourself, and it's really hard.

'I just put really long sleeves on them' 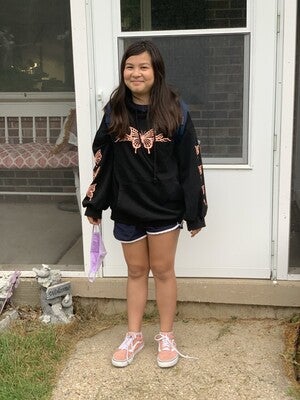 Simone Martin, 10, is a member of the Ho-Chunk Nation and Stockbridge-Munsee Band of Mohican Indians. They are graduating from fifth grade and will be starting middle school in the fall. Photo courtesy of Lina Martin

Ten-year-old Simone Martin, a member of the Ho-Chunk Nation and Stockbridge-Munsee Band of Mohican Indians, is graduating from fifth grade and will be starting middle school in the fall. They are nervous about leaving beloved elementary school teachers behind but excited to learn more, especially about art. And robots.

Hello, my name is Simone, and I'm 10 years old. I'm part of the LGBTQ community. I am pansexual and non-binary. I am going to middle school next year.

I’m quite known for my sketching skills. I'm best at drawing the human body. I'm not very good at drawing hands and feet and stuff like that, but I just put really long sleeves on them. I can draw faces, a little bit of hair and a pretty good torso and a little bit of legs.

I hope COVID will stop, and I hope world peace and global warming to end and not that much littering. Or robots will rule the world.

'I mean, have you seen their acceptance rate?!' 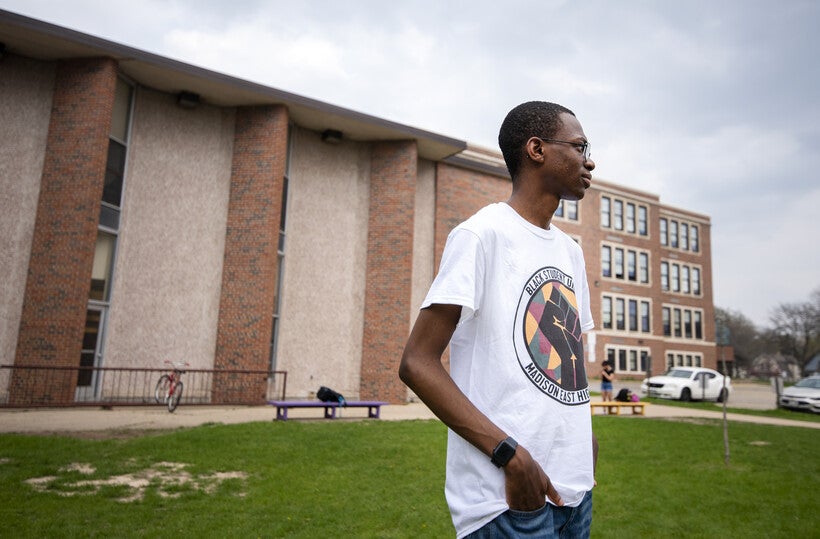 Few high schoolers are as ambitious as 18-year-old Gordon Allen.

As a student at Madison East High School, he led the school district’s student senate and served as a youth representative on the Dane County Board of Supervisors while also participating in: Black Student Union, Madison East Investment Group, Sexual Violence Focus Group and co-chairing the school board’s ad hoc Committee on Safety and Student Wellness.

Gordon said every dinner or football game he sacrificed for these activities was worth it because he had an impact in his community.

In the fall, he is headed to Stanford University with a full scholarship.

My name is Gordon Allen. I’m a 12th grader here at Madison East. I’m graduating sometime in early June, and I plan to attend Stanford University.

When I was younger I wanted to be mayor, actually. Of course, right? Currently though, I plan to work in finance for a while and then ultimately run for Congress.

I found out I got into Stanford here at school. I was on my way to period six or seven, and I got the email notification. That first email just said, "Check the portal because you have an application update." So I logged in — you shouldn't do this in the middle of a hallway, but I did anyway — and it said, "Congratulations to you. You was matched with Stanford University with a QuestBridge scholarship."

I just stopped there in the middle of the hallway, and I was in shock. I mean, have you seen their acceptance rate?!

And then after that I went to my seventh period teacher and told her about it, and then I just spent the rest of the day just telling as many people as I could.

I do worry, like, what if I like California too much and I don't want to come back?