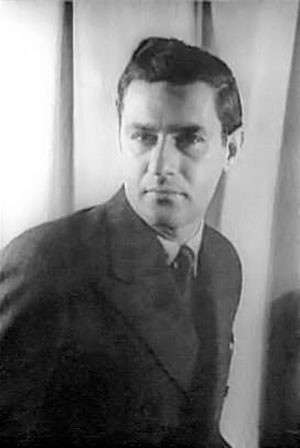 A Gift from the Magi

Back in 1939 NBC producer Samuel Chotzinoff had commissioned Gian Carlo Menotti to write an opera for radio. In 1951 he commissioned a second opera from Menotti, this time for the up-and-coming medium of television.

Although he accepted the commission, Menotti was not fast to fulfill it. The opera was scheduled to be broadcast on December 24, and, as Halloween passed, Menotti still hadn’t come up with an idea. During a gloomy ramble through the Metropolitan Museum he caught sight of the painting The Adoration of the Kings by Hieronymus Bosch, and, as he studied it, he was reminded of the Three Kings of his childhood Christmases in Italy, in particular what he remembered as “the weird cadence of their song.”

“They had come back to me,” he said later, “and had brought me a gift.”

He was perhaps reminded as well of a childhood leg injury that had healed after a visit to an image of the Madonna.

Menotti suggested a title for his opera about the Three Kings, but nobody else liked it, so the days passed and he wrote nothing. Finally, after Thanksgiving dinner, he decided to go with the title anyway. He called up Chotzinoff and said, “I’m going to call the opera Amahl and the Night Visitors.”

Later that night he began work on the opera and finished the first three or four pages. Within days he had completed a one-hour children’s opera about a crippled boy whose life is transformed when three kings spend a night at his house on their way to Bethlehem.

As he had done when directing his first film, an adaptation of his opera The Medium, Menotti didn’t pay much attention to the medium he was working in, choosing instead to write the opera for a small stage, and, within twenty years of its live television debut, Amahl and the Night Visitors had become the most frequently performed opera in the United States.