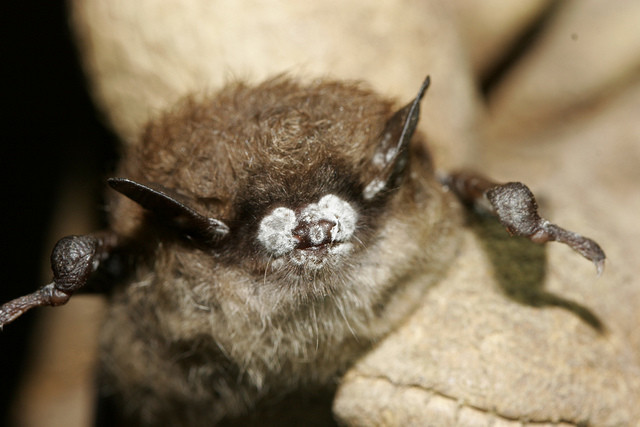 Disease Responsible For Deaths Of Millions Of Bats Nationwide
By Chuck Quirmbach
Share:

The Department of Natural Resources says the fungus that causes white-nose syndrome in bats has been found in a cave in Dane County.

The DNR's Owen Boyle said the fungus was found two months ago in one of the 15 sites that were sampled. Boyle said it's too early in the bat hibernating season to know if bats in that cave have the potentially deadly disease.

“There have been instances where researchers have found the fungus and years have passed before actual white-nose syndrome has been observed,” said Boyle.

Boyle said DNR staff will check the Dane County cave again in a couple months. Meanwhile, he urges cave visitors around the state to decontaminate their clothing to prevent the spread of any fungus to other caves. The DNR won't say which cave has the white-nose syndrome fungus, but confirmed that it is not Cave of the Mounds, a limestone cave in the area that’s also a tourist destination.

The actual disease was found in a Grant County mine last spring.