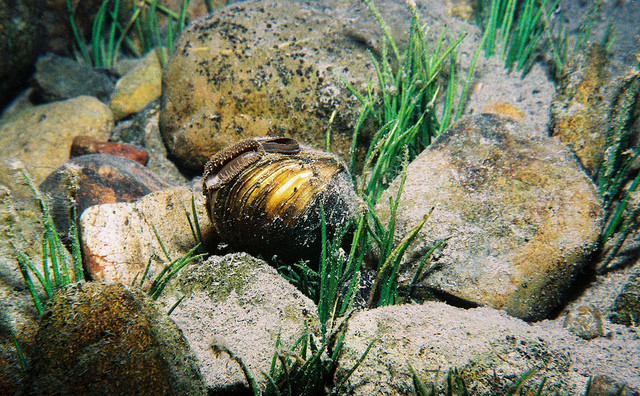 Freshwater Mussels Are Dying Off In Wisconsin

State DNR May Do Study On Various Mussels In Green Bay
By Patty Murray
Share: 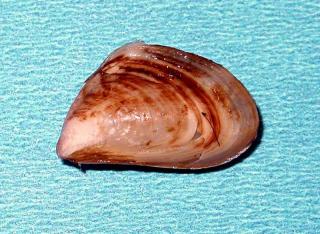 At least 51 freshwater mussel species are known to exist in rivers, lakes, and streams around Wisconsin.

However pollutants such as phosphorous and polychlorinated biphenyls, or PCBs, have added to the decimation of freshwater mussel populations in areas like the Bay of Green Bay and the Lower Fox River. Invasive species like zebra and quagga mussels are also competing against native mussels and driving down populations, according to Jesse Weinzinger, a conservation biologist with the Wisconsin Department of Natural Resources.

Weinzinger spoke Thursday at the Green Bay Conservation Partners in Wisconsin roundtable which included attendees from the DNR and the U.S. Fish and Wildlife Service, the University of Wisconsin-Green Bay, The Nature Conservancy, and the Oneida Nation of Wisconsin, among others.

Weinzinger said 24 of the 51 species of freshwater mussels in Wisconsin are listed by the state as either endangered, threatened or of special concern.

"Freshwater mussels are considered the most imperiled animal group in the world, over 70 percent of them are in decline," he said.

Weinzinger is applying for a grant from the DNR’s Office of Great Waters to do a survey on the types and numbers of mussels in Green Bay and the Lower Fox River. He said biologists have a "knowledge gap" as to what mussels are in the water. Adding, "we want to find out what kind of habitats (the mussels) are currently occupying."

The DNR is in the midst of a three-year study on mussels in the Wolf River, and another study on mussels is being done on the Wisconsin River, both with the help of the Wisconsin Mussel Monitoring Program. The Wisconsin Mussel Monitoring Program is a citizen-science program aimed at getting people engaged in mussel conservation wherever they are by taking photos of the mussels they encounter in the wild and submitting them with descriptions to its website.

The agency asks people who encounter mussels in the wild to submit descriptions and photos to its website.

"Volunteers in past inventory surveys have cataloged seven species in Green Bay but we don’t know how many, we don’t know the densities and we don’t know exactly where they occur," Weinzinger said.

If Weinzinger gets DNR approval, he hopes to begin the survey this summer.

Editor's Note: This story has been updated to clarify the relationship between the Wisconsin Mussel Monitoring Program and the river studies, and to correct that the Wisconsin River study is separate from the Wolf River study.