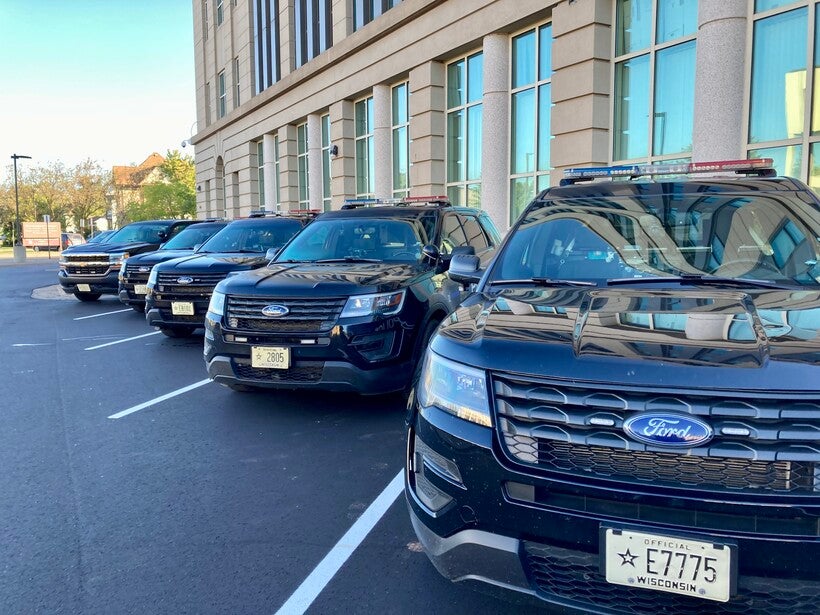 A former 15-year veteran with the Superior Police Department is now facing a dozen charges after allegedly driving drunk and killing a father and his infant son in an off-duty crash.

The amended complaint states Swanson had a blood alcohol content of .19 at the time of the crash. Swanson was placed on paid administrative leave following the incident. He later resigned from the Superior Police Department on Aug. 4, according to Superior Police Chief Nick Alexander.

Swanson waived his right to a preliminary hearing on Wednesday. He was previously released on a $15,000 cash bond.

According to the amended complaint, Swanson crashed into a disabled vehicle occupied by a man, a woman, a 2-year-old and an infant on July 15. Michael Evans, 23, was outside pushing the car when it was struck from behind, and died at the scene. The 2-month-old infant, Elijah Ojanen, died days later after being taken off life support, according to a report from the Hennepin County Medical Examiner.

After the collision, Swanson allegedly left the scene and drove to a nearby gas station and then contacted police dispatch. Two witnesses who were driving home from work came upon the crash and called 911. They stopped at the scene to render aid and reported hearing the woman yelling, "Why are you leaving? Somebody help me."

A Douglas County Sheriff’s deputy who arrived at the gas station reported Swanson had glossy, bloodshot eyes and a strong odor of alcohol. Another witness said they saw him throw alcoholic drinks into a garbage can. A second sheriff’s deputy observed four cans of Bud Light Seltzer in a container and another can in the trash.

An arraignment for Swanson has been set for Sept. 19.

Alexander said he accepted Swanson's resignation earlier this month after explaining the officer could either resign or face the process for termination as laid out through the Superior Police and Fire Commission. Alexander said state law doesn't allow him to suspend pay for an officer while they're under investigation for their conduct, adding the department tried to expedite the process as quickly as possible.

"Words can't express the amount of sympathy that we have for the victim's family. People's lives were lost here, and there's nothing that anybody can do to fix that or to change it," Alexander said. "All I can do is express my genuine and heartfelt sympathies to them for their loss and all of the struggles that they've had to deal with as a result of this."

Alexander said there were no indications to his knowledge that Swanson had any issues with alcohol or other substances that could have endangered the lives of others. Since the incident, the police department has brought in a group of professionals to talk with officers and offer resources or counseling. Alexander added the city and department offers employee assistance programs for officers who may be struggling.

"Employees here are upset that this incident happened, and that isn't representative of the decisions that our officers make," Alexander said. "And then, they also recognize that Greg was a co-worker, and somebody they've been friends with for a long time."

He said such incidents create a stain on the badge, noting the public has a right to expect a higher standard from law enforcement. Alexander said he hopes the judicial process moves forward in a fair and equitable way for all parties and that Swanson is treated the same as any other individual facing such charges.