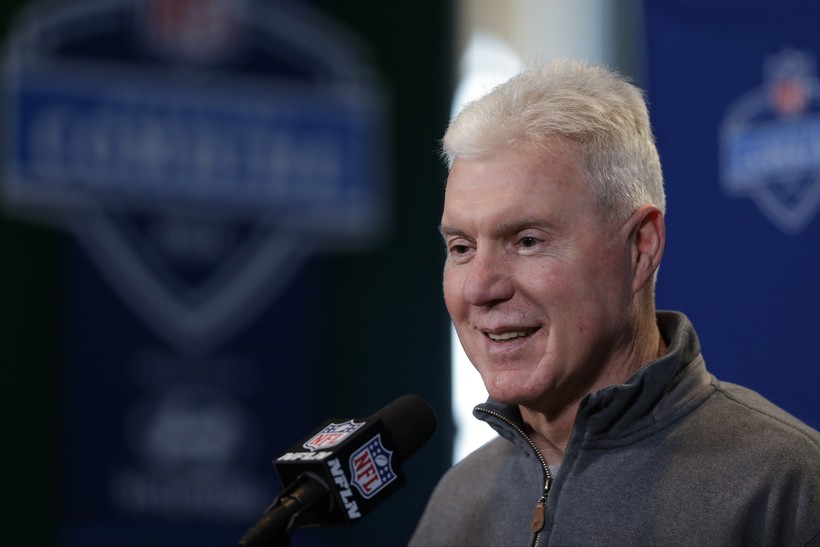 During a Thursday new conference, Packers President and CEO Mark Murphy said Thompson was a humble man, who had a knack for remaining calm in stressful situations. Murphy and current Packers general manager Brian Gutekunst said Thompson always wanted to do right by the Packers organization and its players. It was a sad day at Lambeau Field, Gutekunst said.

"Those who knew him well admired his brilliance as a scout and his extraordinary ability to find players of good character. He was slyly funny and a loyal and true friend. We will all miss him very much, and we send our deepest sympathy to his family who loved and supported him throughout his life," Murphy said in a statement.

The team announced it will install Thompson's name on the facade of Lambeau Field before next season.

"I just want to say our condolences go out to his family," LaFleur said. "Certainly, he’s a guy that is held in the highest regard in this building, and I think, just around the league."

My condolences to TED THOMPSON FAMILY, he did a lot for @packers nation!!

Thompson first joined the Green Bay Packers as a scout in 1992. He was with the team when it won Super Bowl XXXI, before becoming vice president of football operations for the Seattle Seahawks.

Thompson returned to Green Bay in 2005, replacing general manager Mike Sherman. In that year’s NFL Draft, he used the Packers’ first pick to select Rodgers as the team’s successor to quarterback Brett Favre. Rodgers is considered the favorite to win his third MVP title this year.

During his tenure, Thompson brought in a number of players who are expected to play an important role in Sunday’s NFC title game at Lambeau Field, including Rodgers, Adams and running back Aaron Jones.

After 13 seasons as Green Bay’s general manager, the team announced in 2018 that Thompson would move into an advisory role. Gutekunst was hired as his replacement.

Thompson was inducted into the Green Bay Packers Hall of Fame in 2019. That same year, Thompson announced he was diagnosed with an autonomic disorder.

Thompson played college football at Southern Methodist University before spending a decade as a linebacker with the Houston Oilers.