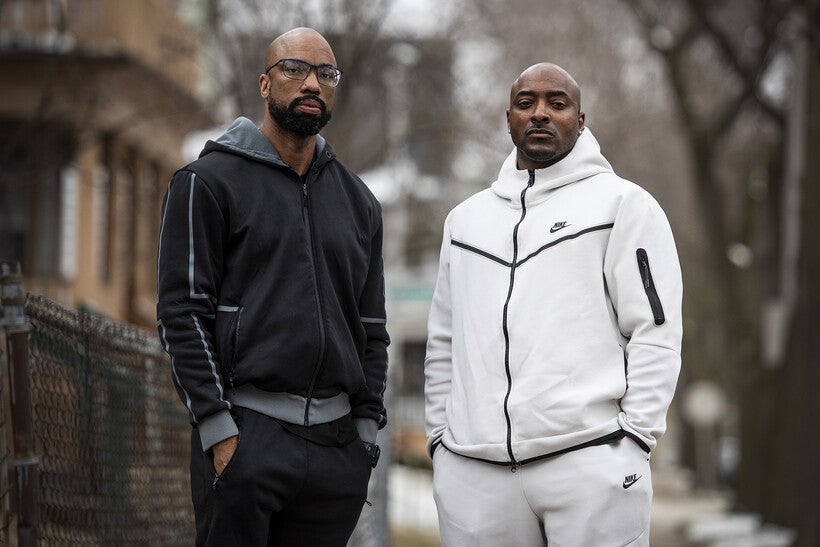 Milwaukee residents Dominee Meek, left, and Garland Hampton, right, recently advocated for a bill that would get rid of life-without-parole sentences for juveniles. Angela Major/WPR

Dominee Meek ran to the streets to feel safe.

He knew who his enemies were. He expected that members of his own gang would protect him if anyone tried to hurt him.

"I prepared for that," Meek said.

What he wasn't prepared for was the physical, mental and sexual abuse he faced at home. That's why he looked for a sense of security in the gang.

That security would be fleeting when, at age 15, he was sentenced as an adult to life in prison for killing a bystander during an attempt to shoot a rival gang member in Milwaukee in 1992. He served almost 28 years before being released on parole.

Now a Milwaukee team leader for the Wisconsin Alliance for Youth Justice, Meek is among those advocating for better treatment of incarcerated juveniles.

Both Meek and Garland Hampton, a juvenile justice activist who founded the organization STAND — Standing Tough Against Negative Decisions — recently advocated for a bill that would get rid of life-without-parole sentences for juveniles, a law that Wisconsin established in 2000 and didn't apply to Meek's and Hampton's sentences.

Tried as an adult at age 15 in Milwaukee, Hampton was sentenced to life in prison for his role in a homicide in 1994 and is released on parole.

As Hampton reflected on his past traumatic experiences that he said made him feel "hopeless" and "vulnerable," he said he turned to the violence he knew as self-protection. Once he was in prison, he began to fight.

"But all of this was a cry for help for someone to sit me down, give me the help that I need and address my issues," he said. 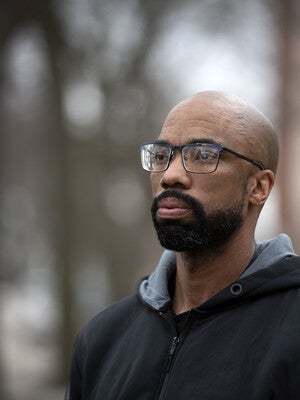 Dominee Meek was sentenced as an adult to life in prison at the age of 15. He is now a team leader for the Wisconsin Alliance for Youth Justice. Angela Major/WPR

Meek said children who experience trauma and become violent need professional counseling. But more than that, he said, they need to be treated like loved ones.

"If you got a son or daughter that is being abused...or suffered trauma, what would you want for them?" he asked. "Do that."

Dr. Dipesh Navsaria, an associate professor of pediatrics at the UW School of Medicine and Public Health and president of the Wisconsin Chapter of the American Academy of Pediatrics, said one of the most important components for children's development is having strong, supportive and nurturing relationships.

"We have tons of science backing this up," he said. "And we know that the single most important thing is a caring, loving adult ... at least one who's absolutely nuts about that kid and is there for them, is in their corner and backs them up."

Some children grow up in environments where there's not that kind of feedback from parents. That's often because parents aren't getting they support they need, or they themselves are in unsafe environments, Navsaria said.

"That child is not getting that reciprocal feedback," he said. "Even if it starts as simple as a smile at my parent — does my parent smile back at me?"

When children don't have that, they may begin to view the world as threatening.

Hampton said the physical, mental, verbal and sexual abuse he experienced were at the hands of his own family members — those he thought would protect him.

"If they are my biological family, and they are the ones causing this harm to me, then who wouldn't cause harm to me?" he said. "That caused me not to trust no one."

Navsaria said that even in a system where good-hearted folks are attempting to help these children, there's enough fragmentation that the children still aren't exposed to any kind of real consistency. That includes, for example, rotating social workers and therapists.

Meek had similar thoughts, noting that what children need most is someone to love and care for them consistently and not dismiss the child as irredeemable after one or two failed attempts.

"They need somebody who'll come back again and again and again to say, 'I love you enough. I will keep on coming back to you,'" he said, adding that "so many people have given up on us."

Meek said his childhood trauma led him into isolation. He didn't trust adults, nor could he trust his own peers because he didn't know if they were going through the same traumas.

"I was very angry," he said. "I had very low self-esteem. And it made me very susceptible to the allure of joining gangs."

Hampton is hoping to provide stability for children living with trauma through his organization, STAND, which he describes as a safe place for kids to share the abuses that they're experiencing. 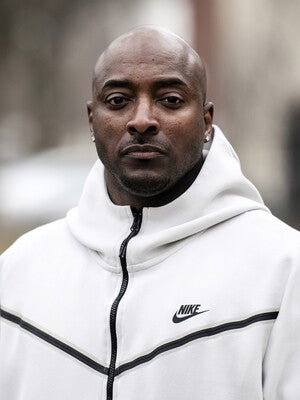 His goal is that STAND provides the venue for children to open up about what's happening to them, which is what Hampton did after he got too tired of victimizing himself. He spoke with his social worker at New Lisbon Correctional Institution, who then paired him with treatment resources.

"However, it became still where I didn't trust the system because the system left me as a kid in the adult prison system to seek it upon myself to get the help...I needed," he said. "So I asked the question, 'What kid is going to be in his own best interest and getting help for him or herself when they have been raped, abused on all levels and have no one to defend for them?'"

Navsaria said in addition to making sure there are stable and loving people in the child's life post-trauma, it's also important to make sure they're not being sent back into environments where there's little opportunity to rehabilitate, such as economic, educational or safety challenges in that neighborhood.

Navsaria said more effort should be made to prevent trauma; for example, with primary care networks that ensure families have access to housing and food. On a greater scale, he said making sure families are able to find work and earn living wages would help, as well as continuing to dismantle structural racism and discrimination.

"All of these supports that come in before the problems start are much more effective and a lot cheaper than trying to go and fix things later on, or frankly, sink money into corrections where it's far less effective in terms of a per-dollar basis," Navsaria said.