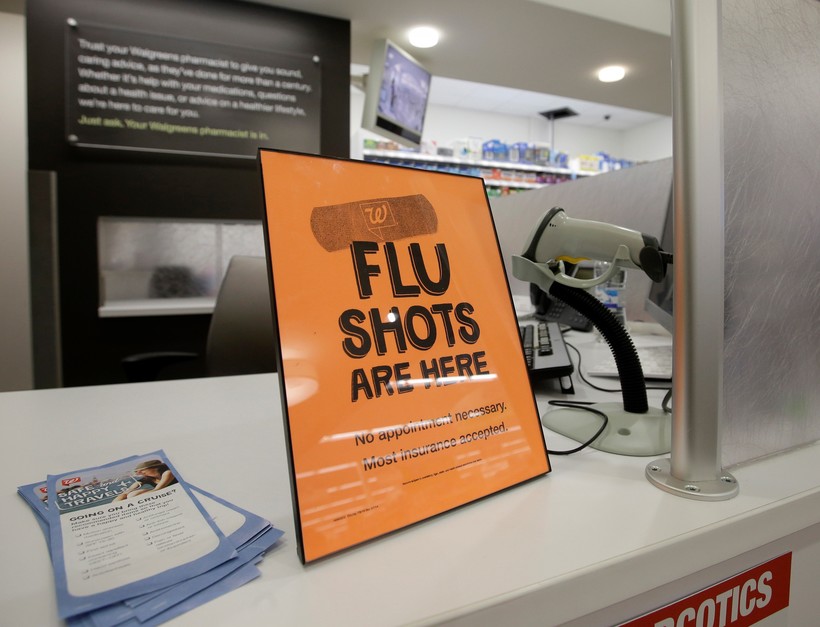 A sign lets customers know they can get a flu shot in a Walgreens store. Darron Cummings/AP Photo

With flu season right around the corner — and possibly hitting the state early — public health officials want Wisconsinites to take the right precautions to protect themselves against the virus.

According to the Wisconsin Department of Health Services, only 16 percent of the state population has received their influenza vaccination, with flu season only a month away.

Thomas Haupt, the influenza surveillance coordinator for DHS, said that changes have been made to this year's round of vaccines after last year's vaccine proved less effective.

"Last year's vaccines efficacy was very poor," Haupt explained. "Especially for the H3 virus. I mean virtually, there was not a lot of coverage."

The H3 virus is predominate after the first of the year.

"They've changed the component for the H3 virus and the H1 virus. Both of which are much more severe than the influenza B virus," Haupt said. "We are just hopeful that the vaccine efficacy increases this year."

From Aug. 7 until Oct. 12, 1,493 people in the state were tested for the flu and 11 of those tests came back positive, according to a report from DHS.

Wisconsin is below baseline for influenza activity. Louisiana is the only state in the U.S. that has reported high levels of flu-like activity thus far.

According to Haupt, 27 cases of influenza have been reported since Sep. 1. Four of those patients had to be admitted into the intensive care unit. So far, there have been six influenza-associated deaths in Wisconsin. Those deaths and hospitalizations were all in people 65 years and older, according to Haupt.

Haupt said this is the most flu-related deaths the department has seen this early in the season.

"It’s not uncommon to have a couple in September and early October, but six is much higher than what we would normally see," Haupt said.

"That indicates that influenza season might be off to an early start," he continued. "It might be a more severe year. We just don’t know at this particular point. It’s very early."

Last year, 40 percent of the state's population got the flu vaccine, which was record-breaking. This year, the department’s goal is to get 70 percent of people vaccinated — but Haupt said he'd be pleased to just see more than 40 percent.

"It’s going to help protect against the flu," Haupt said. "At the very least if you do come down after being vaccinated it will not be as severe."