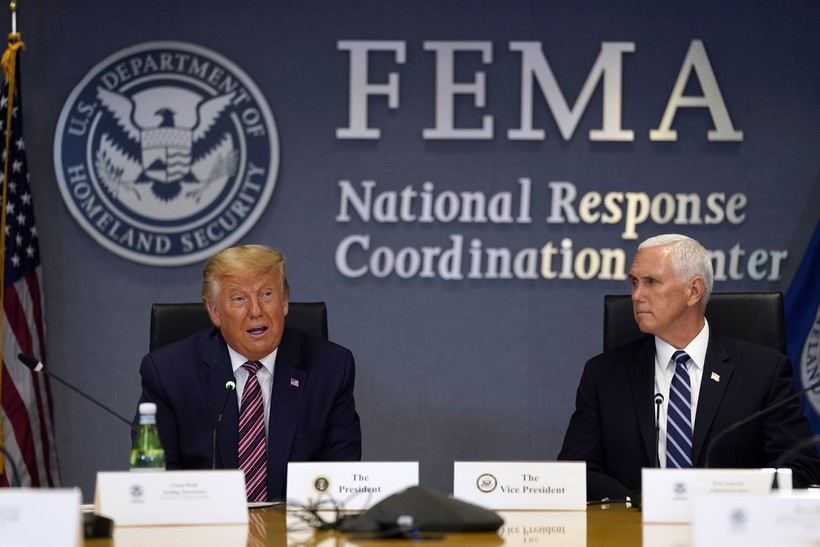 FEMA Says It Will Supplement Unemployment Insurance Benefits For 6 Weeks

The Federal Emergency Management Agency will supplement unemployment insurance benefits in Wisconsin by $300 a week for six weeks, according to comments from an agency spokesperson.

That means eligible unemployment insurance recipients stand to receive $1,800 under the Trump administration's Lost Wage Assistance program, a supplement that is double the size many initially expected to receive.

Previously, the state Department of Workforce Development could only say that three weeks of funding would be guaranteed. But in an email, a FEMA spokesperson said the agency "will fund six weeks in $300 supplemental unemployment benefits to every state and territory that has applied for this assistance by September 10."

Wisconsin applied for the program in late August and got approval on Sept. 2.

The agency went on to say the six weeks of funding will get to states regardless of how long it takes for them to set up their program, dispelling early fears from some experts and advocates that the funding, which is also used for disaster relief, may be gone before Wisconsin has its program up and running.

DWD Secretary Caleb Frostman said on Sept. 1 that out-of-work Wisconsinites will likely have to wait until October to start receiving the additional benefits. That timeline remains unchanged as the department continues its work to build the infrastructure for the program, which Frostman has said could take as long as two months.

FEMA said that states should not plan to receive more than six weeks of funding, based on projections from states and the U.S. Department of Labor, and current state spending rates under LWA.

DWD communications director Ben Jedd confirmed Friday that Wisconsin has requested funding for five weeks of the supplement, and is in the process of requesting the sixth and final week of funding under the program.

Kiersten Gruen, who said she hasn't been able to return to full employment at her Racine restaurant job for months, said she's still frustrated that she won't see the extra benefits before October, but she said the extra money will be helpful for her.

"Like every other American, of course, I have credit card bills," she said. "I've always been one to pay more than my minimum payment or pay it off each month ... So yes, would it be nice to actually catch up on that instead of making minimum payments? For sure."

Gruen said while she waits for the supplement to come through, she's figuring out if she can pay for things like her electricity bill: "Even that, do you pay the full amount or do you get groceries for the week?"

Ashley Green, an unemployment insurance advocate and co-founder of the Wisconsin Unemployment Action Group, said the extra funding is good news for Wisconsinites out of work. But, she said, it's still not a long term solution for those struggling to make ends meet with state-level benefits and for those who still haven't been able to find work in an economy that hasn't fully recovered.

"Nobody ever looked at (the $300 LWA supplement) as a solution," she said. "I don't think it was designed to be a solution. It was just to keep us from having practically nothing."

On Thursday, a GOP-backed coronavirus relief bill that would've boosted unemployment benefits by $300 a week was blocked by Senate Democrats. Republicans criticized Democrats for standing in the way of increased benefits, while Democrats said the bill, which included other provisions Democrats didn't support, was designed to fail.

Green said she felt defeated by the lack of action from Congress, and Gruen echoed those sentiments.

"They're letting the American people down," Gruen said. "Just because they're too busy fighting amongst themselves."