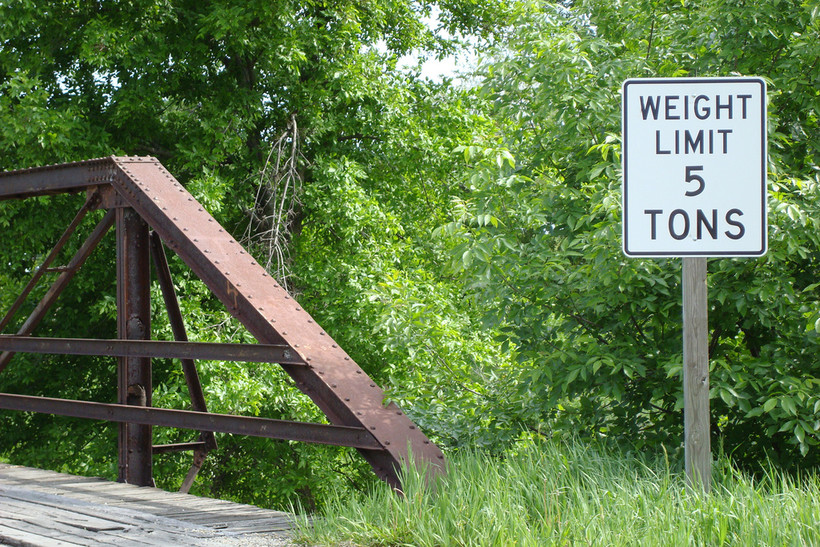 Nearly 200 bridges in Wisconsin have had their weight limits reduced in order to comply with a federal mandate meant to protect spans from shorter and heavier agricultural equipment.

In 2013 the Federal Highway Administration issued a directive to states that required them to take specialized "short-haul" vehicles, which include milk hauling trucks, certain types of tractors and manure haulers, into account when reviewing weight restrictions on bridges. Wisconsin Department of Transportation spokesman David Hunt said this sparked a two year evaluation of more than 2,000 bridges in the state.

Engineers found that 184 bridges needed to have weight limits reduced, according to Hunt. Some had load ratings cut by more than half. Due to topography, many of the bridges are located in western Wisconsin.

Hunt said that the additional weight restriction on bridges are a result of a change in the formula used to calculate ratings and not visual inspections.

"None of the structures that were looked at posed any immediate safety concerns," said Hunt. "What we’re looking at is preservation and long-term safety."

Hunt said these bridges were designed years ago before these types of vehicles existed. Trempealeau County Highway Commissioner Al Rinka said he agrees that short-haul vehicles take a greater toll on roads and bridges because the extreme weights aren't as spread out as on a traditional semitrailer. But he said the weight ratings affect anyone hauling a heavy load and they've become a headache for farmers in his county.

"Basically it’s going to impact them by extended travel time because they have to find alternate routes where they used to be able to just go across the bridge," said Rinka. "They may have to take a 5-mile route around the block to come in from the other side."

"What they found is that a number of these bridges could handle more weight," he said.

Hunt said in those cases local governments had set weight limits that didn't necessarily match up with the bridge's capabilities. He said the reasons for that vary but one example is that local governments may have set weight restrictions in order to control certain types of traffic.