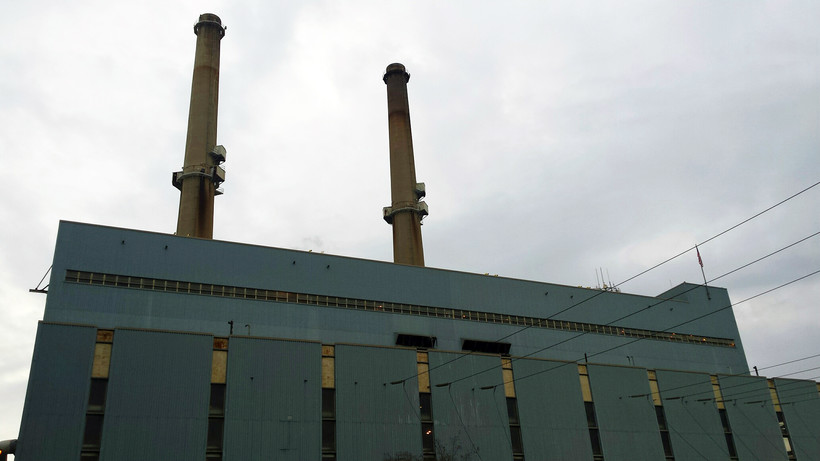 The We Energies "Valley" plant near downtown Milwaukee, once run on coal, has been undergoing conversion into a natural gas-burning facility.

Wisconsin is one of two-dozen states that filed a lawsuit Friday against President Barack Obama's plan to cut carbon dioxide emissions from the nation's power plants.

The president's climate change initiative known as the Clean Power Plan aims to cut CO2 emissions from existing power plants by about a third over the next 15 years.  The plan formally took effect Friday morning, and Wisconsin Gov. Scott Walker quickly followed through on his threat to sue to try to stop the rule.

Walker had been promising that Wisconsin would be part of the multi-state lawsuit, and while in Milwaukee on Tuesday, he didn't hesitate to repeat himself.

Walker has even called it a "radical" plan by the Environmental Protection Agency, a characterization the EPA says isn't true.

Last week, University of Wisconsin-Madison professor Tracey Holloway welcomed hundreds of people to an annual energy summit. Carbon emissions and climate change were at the top of the agenda and EPA Midwest Administrator Susan Hedman delivered the keynote speech.

In other words, Hedman said slowing down global warming would likely bring fewer costly storms and heatwaves. She also said that if power plants are cleaner, not as many people would have lung problems.

But well before next September when Wisconsin and other states would have to file an implementation plan or request a two-year extension, the 24-state lawsuit hopes to stop the rule. Madison attorney Todd Palmer has represented electric utilities and says the EPA has exceeded its authority.

"The utility industry has dealt with a variety of Clean Air Act initiatives clearly authorized under the Clean Air Act," Palmer said. "At no point that I'm aware of did this Clean Power Plan idea … enter into that equation or be factored into the emission reductions that are demanded under those programs."

The Wisconsin Justice Department contends states would have to regulate coal-fired power plants even though the EPA already does so, causing double regulation. State Attorney General Brad Schimel said states would also have to restructure their electric grids and effectively require an illegal cap and trade program to bring down overall carbon emissions.

Lawyers for environmental groups are ready to help the EPA defend the Clean Power Plan. Sean Donahue represents the Environmental Defense Fund. He said the federal rule does follow the Clean Air Act, by prompting more of what utilities do now.

"If you're one coal plant, you might reduce your emissions by purchasing a wind farm or a solar installation still producing just as much as power, but through a different mix of resources. Or you might invest in a natural gas plant, lower emitting," said Donahue.

Utility company We Energies has been converting a coal-fired power plant near downtown Milwaukee to natural gas. But the company is still hoping a federal appeals court in Washington D.C. slows down the Clean Power Plan.