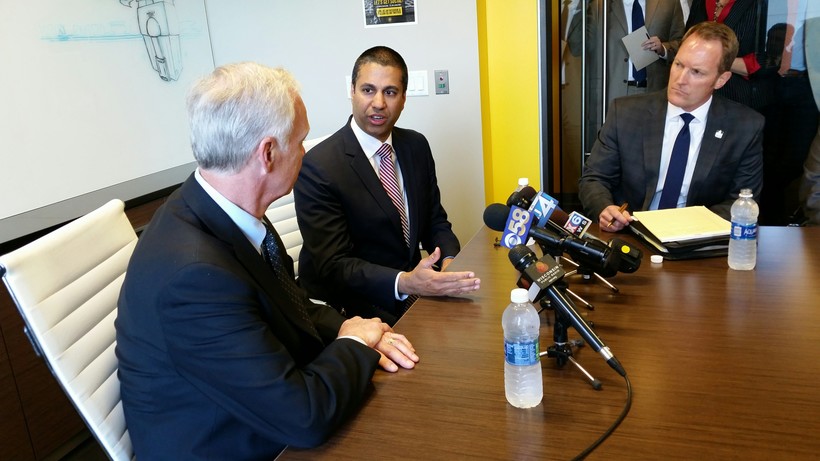 The battle over net neutrality stepped up Monday in Wisconsin as the chairman of the United States Federal Communications Commission Ajit Pai met with broadband and broadcasting executives in Milwaukee.

Pai is leading a push by the FCC to ditch the controversial rules passed two years ago requiring internet providers to treat all internet traffic the same.

Pai told the news media his proposal would give internet companies the certainty to invest in infrastructure to all parts of Wisconsin.

Pai said internet investment by the Top 12 providers is down 6 percent in the last two years. But the nonprofit group Fight for the Future says Pai is picking and choosing from numbers provided by the industry.

"The reality is your internet service provider should connect you to the entire internet," Greer said. "And, giving them the right to charge websites and apps special fees, which they'll then pass on to consumers, isn't going to help rural America, it's actually going to harm them, because those costs get passed on to all of us."

Pai and Sen. Ron Johnson, R-Wisconsin, allowed the media to be present for their introductory remarks to the broadband and broadcasting executives. But reporters were not allowed to stay for question and answer sessions at the two separate meetings Monday.

A spokesperson for Johnson said the reporters were told ahead of time that they had to leave "to facilitate an open conversation."