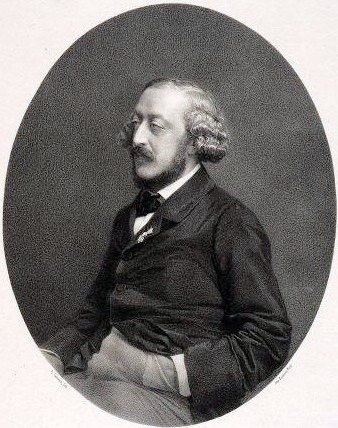 Pianist and composer Stephen Heller had gotten to know violinist Joseph Joachim during a concert tour in England.  When a friend needed a favor, Heller wrote to the influential Joachim from Paris on June 8th, 1862:

“Besides the quiet sincerity and simple manners of the good men of the country I miss all that lush green which you get in the parks and squares and gardens of London.  The heat is intense and I dread July and August.  My new rooms are pretty and cool and comfortable.  The only problem is a piano teacher who lives on the fourth floor and gives lessons all day long.  Her demonic pupils obliterate any pleasure in music.  I can't hear it so much in my study, but in my bedroom I am catapulted out of sweet dreams of Beethoven by wretched noodling.

“And now I have a request.  At the end of June a friend of mine will be returning to Hanover, his hometown, for a month.  Years ago he played the cello in the orchestra there and later for twelve years in St. Petersburg where he gave composition and harmony lessons and was a close friend of Rubinstein and Henselt.  [Now he has settled in Paris where he gives lessons and has an excellent reputation.]  While he's in Hanover he'd like to play his Trio or his piano and cello sonata for the king, who saw him years ago and gave him a gold medal as a return favor for a dedication.

“What do you think? Is he likely to be granted the favor of playing something for the king?  And could you give him a letter from some influential person?  I'll vouch for the Trio and the Cello Sonata as excellent works.  They've been played at concerts here and were well received.  Both of them are way better than works that have been accepted here.”

Stephen Heller looking for a good word for a friend in a letter to Joseph Joachim, writing on June 8th, 1862.

Health care associations urge Wisconsin Supreme Court to rule against court-ordered ivermectin for COVID-19
Wauwatosa school board member sues his own board after it approved new gender identity curriculum
Wisconsin utilities prepare for attacks like the one in North Carolina that left thousands without power
Majority of Wisconsin US House delegation votes for Respect for Marriage Act
A CAFO, contractors lied about how much manure they spread on fields. Now the state is suing them.