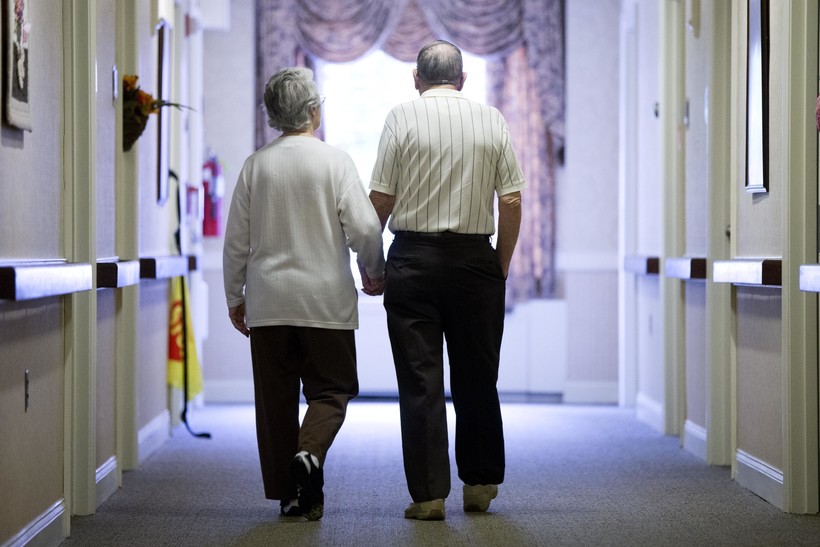 In this Nov. 6, 2015 photo, an elderly couple walks down a hall of a nursing home in Easton, Pa. Research released on Tuesday, June 4, 2019 shows fatal falls have nearly tripled in older Americans in recent years, rising to more than 25,000 deaths yearly. Matt Rourke/AP Photo

Wisconsin has the highest rate of deadly falls in the country among elderly adults. It’s been a longstanding problem.

"Wisconsin consistently ranks in the top one or two of having the highest rate of falls in the country," said Ashley Hillman with Safe Communities of Madison and Dane County.

Data released on May 31, from the state Department of Health Services shows in 2017 there were 1,393 unintentional fatal falls for those 65 and older. 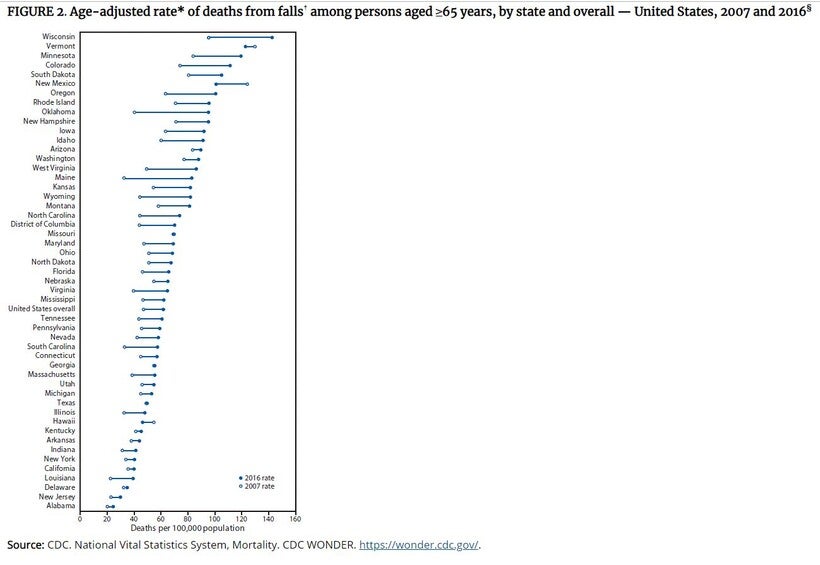 A number of factors contribute to this: better reporting, a growing elderly population in the state and lifestyle.

"Some folks point to higher rates of obesity which makes you more unsteady as well as the higher rates of alcohol imbibing here in Wisconsin," said Betsy Abramson, executive director of the Wisconsin Institute for Healthy Aging.

Wisconsin’s sometimes treacherous winters would seem to be an obvious hazard but Abramson said it isn't usually a factor. The state has as many elderly falls in August as in February. And Wisconsin’s rate of elderly falls is much higher than Michigan or Minnesota, which have similar weather. Plus, Abramson said, many elderly may avoid going out when the weather is bad.

Groups like Safe Communities and the Wisconsin Institute for Healthy Aging try to prevent falls through medication reviews, home modifications, vision screening and a seven-week strengthening and balance program called Stepping On.

Gov. Tony Evers’ budget included $500,000 for state health department grants over two years intended for healthy aging programs, a significant portion which would have focused on falls prevention and would enable more communities to implement Stepping On which Abramson said can reduce falls by 31 percent.

But this month the Legislature’s budget-writing committee removed the entire amount from their budget. Funding for such programs could still be brought up in separate Legislation.

"We are extremely disappointed," Abramson said in an email. "Investments in prevention are super important, especially for falls prevention when (the state) has a rapidly aging population."

State health officials estimate that between 2010 and 2040, there will be an increase in people 65 and older from 14 to 24 percent. And the percentage of those 85 and older will double from 2 to 4 percent.