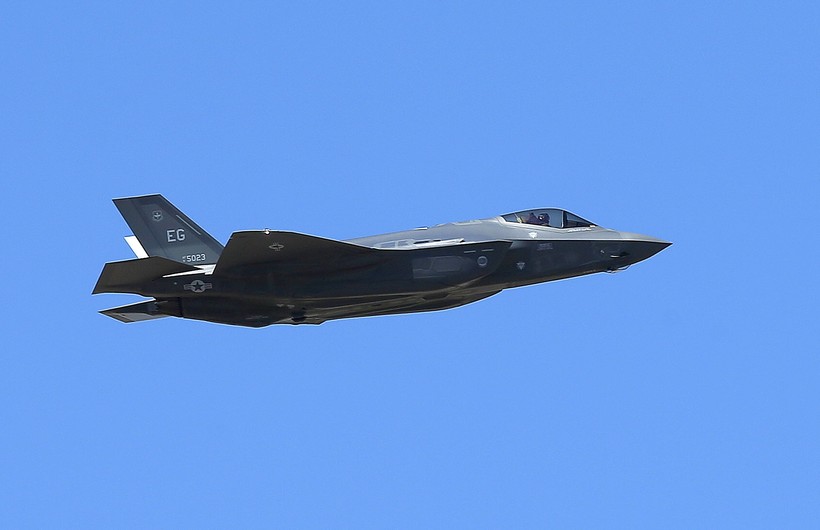 F-35 Jets Are Coming To Madison

After years of deliberation and controversy, Madison’s Truax Field has been chosen as the new home for a squadron of F-35 fighter jets, according to an announcement from the Wisconsin National Guard.

Madison’s Air National Guard base was first named as a top choice for the jets in 2017. The jets' placement garnered opposition from people concerned about the noise from the jets and its disproportionate impact on low-income people and people of color, which the Air Force acknowledged in its own environmental impact study.

Local activist Brandi Grayson, who traveled to Burlington, Vermont, last year to see the impact of F-35 jets in that community, said the jets will drive people out of the neighborhoods around the base — which is a problem considering Madison's high housing prices.

"People are gonna be displaced," Grayson said. "You know, there’s a lot of low-income, living assistance places, child care, day cares in that area, and there will be nowhere for them to go."

Some politicians and business leaders, including U.S. Sen. Ron Johnson, R-Wisconsin, have heralded the jets as a way to secure the future of the base.

"Today’s news ensures Wisconsin’s 115th Fighter Wing, based at Truax Field in Madison, will now receive a critical upgrade with the F-35 replacing the aging F-16 fighter jets currently in service," Johnson said in a statement Wednesday. "The new fighters will help maintain U.S. air superiority and keep our state and country safe and secure. The F-35s will also ensure the Air National Guard continues to play an important role in Wisconsin’s communities and economy."

The Greater Madison Chamber of Commerce has been pushing for the F-35s for years, often referencing a 2015 study that found Truax Field's 115th Fighter Wing generates nearly $100 million in economic impact in Wisconsin per year.

Chamber President Zach Brandon said in an interview Wednesday the base's contributions are vital to local restaurants, hotels and other industries that have been hit hard by COVID-19 shutdowns.

Rep. Chris Taylor, D-Madison, is another vocal F-35s opponent who said the fight is not over, and that the next step for the anti-jet camp could be a lawsuit.

"I think the Air Force doesn’t know who they’re grappling with if they think the people of Madison are going to put up with such an ill-advised decision," Taylor said.