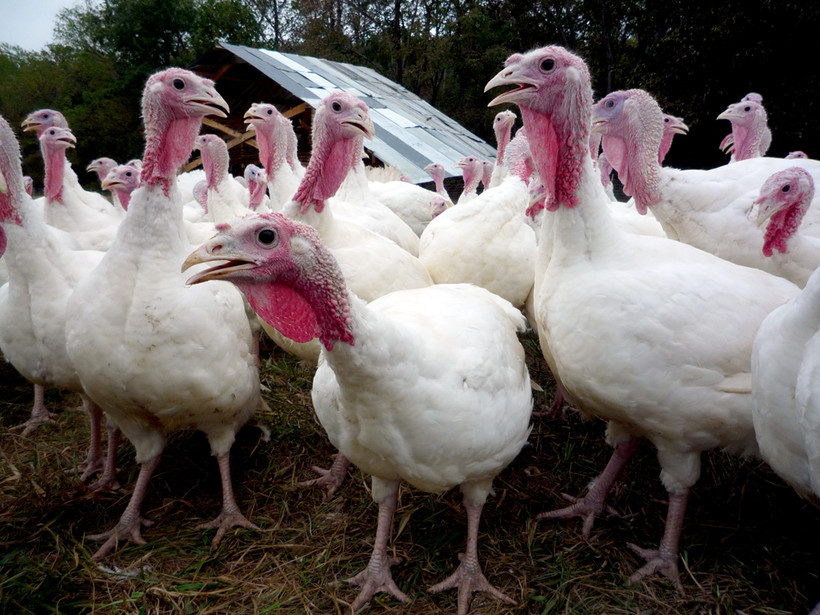 The CDC calls the 'bird flu' a low risk, but experts say the rise in HPAI is closely monitored and could have environmental and economic implications
By Gaby Vinick
Share:

Avian influenza is continuing to crop up in Wisconsin despite efforts to control its spread.

The state Department of Agriculture, Trade and Consumer Protection detected the highly pathogenic avian influenza, or HPAI, in eight birds in Marathon and 15 birds in Waukesha counties this month. The state has identified 18 counties this year with HPAI in domestic birds, such as chickens, turkeys or peacocks.

While it's known as "the bird flu," HPAI poses a low risk to the general public, according to the Centers for Disease Control and Prevention.

"Given the kind of environment we have in Wisconsin with a lot of waterways, we just have a high population of wild waterfowl and more potential for that virus, for local birds to come in contact," said Dr. Darlene Konkle, a veterinarian with Wisconsin's DATCP. Those include ducks, geese and swans.

Experts say this year's strain is highly contagious and came from Europe at the end of 2021. The viral disease is killing wild, backyard and commercial flocks at high rates. Wisconsin is one of 46 states to see a surge in the number of wild birds infected as the country barrels toward a record number of outbreaks.

And for birds, the infection is fast-moving — and deadly.

"Part of the reason it is so pathogenic is our bird populations in North America have not built up any immunity to this virus either," Konkle said.

As flocks migrate through Wisconsin to the southern areas of the state, she said it's possible more birds could be carrying the virus.

Konkle said Wisconsin saw cases sprout up in the early spring through May. The state DATCP experienced an uptick in cases that mirrors other states, she said, as they rose again at the end of August.

"It is a respiratory disease like other kinds of flu are, so they might see their birds or hear their birds snicking or coughing, and having respiratory signs discharge from the beaker from the eyes. But with this particular virus, that often progresses pretty rapidly to death," she said.

What are some prevention strategies?

"We don't have any evidence that this virus will cause disease in humans, but flu viruses do change," said Keith Poulsen, director of the Wisconsin Veterinary Diagnostic Lab. "This strain of the virus is a little bit different than the virus we saw in 2015."

According to Poulsen, flocks are "depopulated," in part, to control the spread of the virus, but also "to humanely euthanize them before they die, because the mortality rate is almost 100 percent." It's a task that falls under the control of the USDA and the state animal health official. Birds are removed from the farm so they can disinfect, sanitize and restart production, he said.

"We depopulate because we assume that the entire flock has been exposed," he said. "And because this virus is really so explosive in populations and has a very negative effect on wildlife and our domestic poultry production."

The rise in HPAI could have an impact on the economy, experts say.

Ron Keane, an extension poultry specialist at the University of Wisconsin-Madison, said he anticipates a high rise in turkey prices at the grocery store. Prior to the outbreak, turkey producers had already cut back because of rising labor costs, he said, but "the influenza outbreak has added to that."

Poulsen said the USDA thinks avian influenza cases could carry through the winter and the spring. But for now, he said, "it's a bigger issue for the poultry industry in the state."

"And just like anything that happens, what we've noticed is that when you have a supply chain disruption, or price changes in one agricultural industry, they're related," he said.

Take a flock in Waukesha county, Poulsen said, that might need people to buy food from the feed mill or use agricultural equipment. If it's wiped out, it could hurt a family's income, he said.

"It's a bad situation, but hopefully we can keep it limited to a number of flocks," he said.