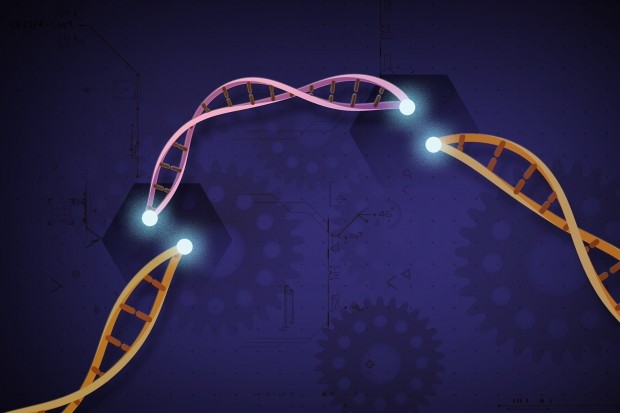 In Last 7 Years, CRISPR Research Goes From Infancy To Core Part Of Science Curriculum At UW-Madison
By Jenny Peek
Share:

On a crisp, sunny February afternoon in Kris Saha's lab in Madison, doctoral candidate in biomedical engineering Nicole Piscopo put a petri dish of cells underneath a high-powered microscope. The cells, which were gene-edited to include a gene from sea anemones, were glowing red.

"So these cells are human melanoma and then the part of them that glows red is the nucleus ... these are a human cancer line that have been gene-edited to fluoresce red," Piscopo said.

Engineering these cells to light up enables Piscopo to more easily count the number of cancer cells present in her samples. 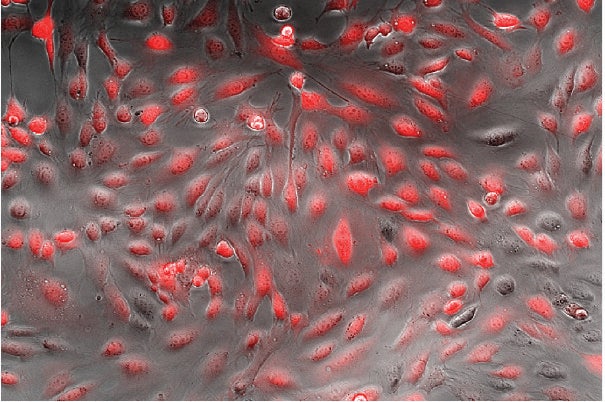 Human cells that have been engineered to glow red by CRISPR. Photo courtesy of Kris Saha

Like this experiment, the lab, named Saha Lab, at the University of Wisconsin-Madison is at the forefront of engineering cell and gene therapies using CRISPR — a powerful tool for editing genomes, it lets researchers alter stretches of DNA and modify gene function.

In the last decade, scientists have made incredible strides in understanding the world around us. From taking the first photo of a black hole to unearthing new fossils that better map the human family tree, these discoveries are often awe-inspiring.

CRISPR is one of those discoveries. One Saha, associate professor and lab lead, said is a big deal.

"I think it's probably one of the more exciting, maybe the most exciting, developments in bioengineering over the last decade," Saha said.

But what exactly does CRISPR do?

"CRISPR is a tool to change the letters of DNA that encodes the genetics of every cell in your body," Saha said.

With the power to edit genes, CRISPR can be used to understand and treat genetic diseases by correcting mutations that cause ailments. 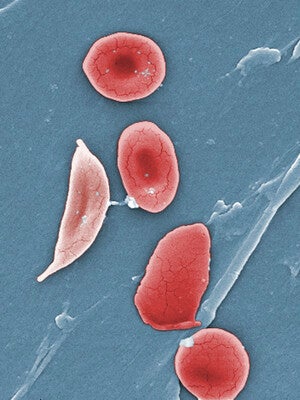 In patients with the misspelling, red blood cells become "hard and sticky," according to the Centers for Disease Control and Prevention. Cells die early, which leads to a shortage of red blood cells, which carry oxygen throughout your body.

"One of the thoughts behind a therapy for sickle cell disease is to be able to change that single letter in the genome to a healthy version of that letter," Saha said. "The ultimate hope is that if that change was done precisely, accurately and without any other changes in the genome, that the blood cells in these patients would be not sickled."

On a more basic level, CRISPR is simply protein.

"If you were to try to put CRISPR in a test tube, what does it look like? It's just protein and it's just nucleic acids, specifically RNA," Saha said.

RNA, a molecule similar to DNA but single-stranded, has been found to be involved in regulating gene expression, according to the National Human Genome Research Institute.

That concoction is able to go into a gene and change whatever is wrong with it — in theory editing it to become healthy.

This exploration of CRISPR was sparked by a question WHYsconsin received from Jack Symes of Madison. After hearing a story about the technology and recognizing its potential, he wanted to know if any CRISPR or gene-editing research was taking place at UW-Madison.

In came Saha and his lab, who walked us through the science and how UW-Madison is pushing the envelope in the world of gene editing.

"The idea behind these strategies is to be able to go in and fix mutations or disrupt problematic genes using CRISPR," said Saha. "And that's some of the work that my lab is part of."

One specific thing the Saha Lab is using CRISPR for is to engineer new types of cells to fight cancer.

"So, there are now two T-cell immunotherapies for cancer that have been approved by the FDA. All of the genomic modification in those T-cells thus far have been using viruses that essentially shuttle in the DNA that's important for these cell therapies to work and kill cancer," Saha said. "We are looking to try adding additional layers of genomic edits using CRISPR ... perhaps eliminating the viral components altogether."

To summarize, Saha's lab is using CRISPR to develop an immunotherapy that engineers T-cells to attack and kill cancer cells. While a virus usually carries this killer program into the T-cell, CRISPR instead is used to carry this program into the genome, so that no viruses are needed during production.

"There's just a lot of really exciting potential there in reprogramming and rewiring your immune system to better sense and kill cancer," Saha added. 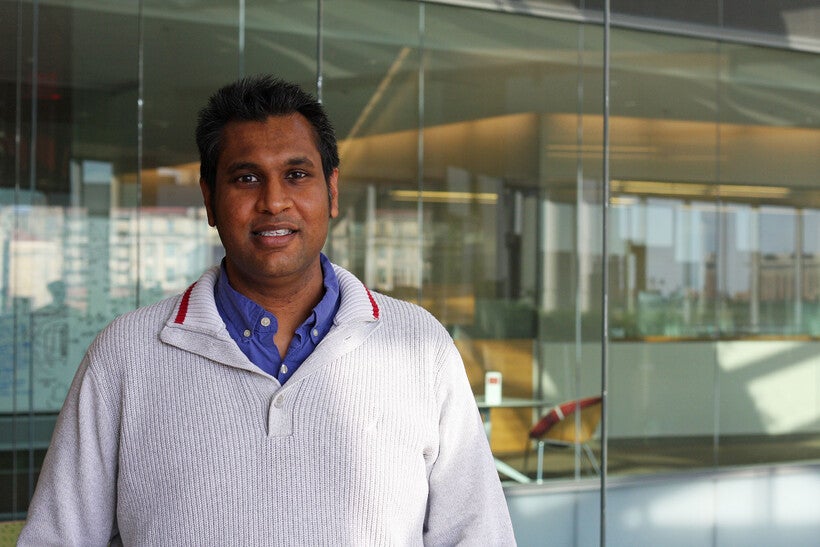 Associate Professor Kris Saha stands in the Wisconsin Institutes for Discovery where is UW-Madison lab is located. He's one of the leading CRISPR researches at UW-Madison, and uses the technology to edit genes. Jenny Peek/WPR

And CRISPR can be used on more than just humans, Saha explained. From breeding a more drought resistant crop to genetically engineering a mosquito capable of wiping out infectious diseases such as malaria, the possibilities seem endless.

The science is also constantly evolving and its use becoming more commonplace.

Saha said since he arrived at UW-Madison seven years ago, CRISPR research has gone from its infancy to being a core part of science curriculum across the university.

"It is being adopted and taught, such that the next generation of practitioners learn from my mistakes and our mistakes, but also have the opportunity to make it even more precise and more powerful," he said.

And because of its potential — and power — UW-Madison is also deeply invested in the social and ethical implications of using such a tool. Including getting the public’s input.

"There is concern, and I think appropriate type of calls for public engagement, about how to move that technology into the right places and apply it for the right types of problems," Saha said. "I think there's quite a bit of room for the public to be involved in decision-making on how this technology gets used and I'd like to see that happen."