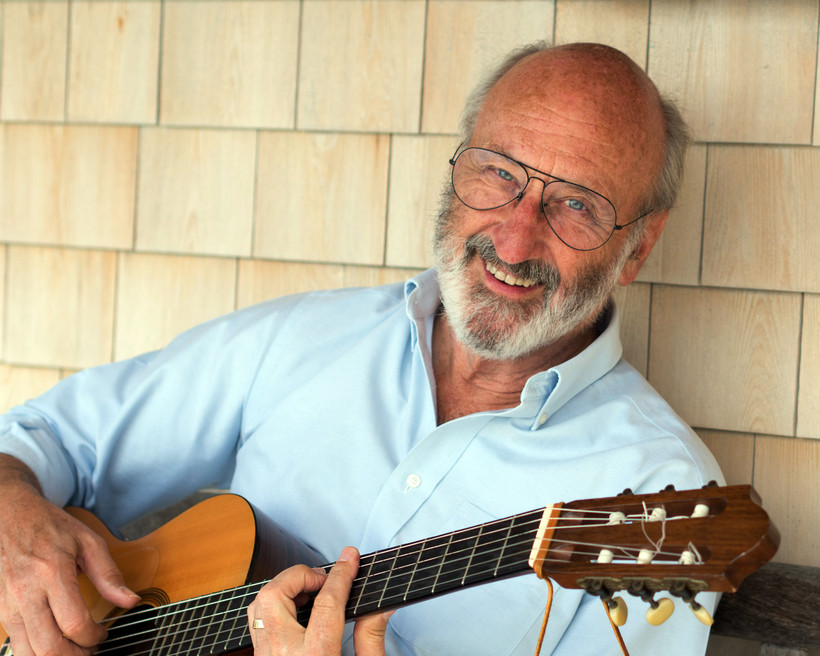 "In this era, where people are pointing fingers and accusing each other of false news and telling lies, there's something about the eternal and emotional truth of a song that allows us to intersect and to come together. I'm finding more and more in my concerts that the more talk there is about love the less time there is to talk about the hatred," he said.

Stookey, who now performs as a solo musician, talked this past fall with "Simply Folk" host Dan Robinson about his career, his work with his daughter on encouraging musicians to address social issues and his recent tour with former bandmate Peter Yarrow. In particular, he spoke about how a lot of people that he talks to don’t want to listen to the news anymore because they find it too depressing. But, he said they'll listen to music that "brings us all together, and that's what folk music has always attempted to do in a very communal sense. You know, it reaches the heart of all of us."

"It's not to say that music doesn't have just a plain entertainment value as well. I think many people, you know, would be hard pressed to deny that it's not fun to dance. But I think there are moments in our lives when we turn to the arts to express the inexpressible, to really touch on the inner core of how we're feeling about certain circumstances," he said.

For much of his life and career, Stookey has lived at the intersection of music, spirituality and the work for social justice. He has worked to address issues as diverse as world hunger, racial justice and peace in Central America. Much of that effort has flowed from the witness of other musicians.

"You have to investigate, ultimately, why people like Woody Guthrie and Pete Seeger and Cisco Houston and Josh White maintained their continual absorption in these matters of people's rights and equity. … What is the conscience, what is the ethic that creates these songs and made these people such icons?" he said.

For Stookey, music's power taps into a basic reality of life.

"I can't help but feel that spiritually, it's all about love. … The Beatles had it." he said. "They may not have expressed in folk-music terms, but guess what? ‘All You Need Is Love’ is now a folk tune, if you think about it. Because a lot of people sing it. And the more and more people that can live it, (they) are the ones that I think are making real progress in the world, creating an aura that is very attractive to other people."

He added that music can help set the direction for where humanity is headed.

"I think that is the future. That is the bonding of peoples, is the understanding that love, although we express it separately as a small letter 'l' love, the principle comes from a much bigger entity and that's a capital 'L' love and ... as far as I'm concerned, that’s the divine."