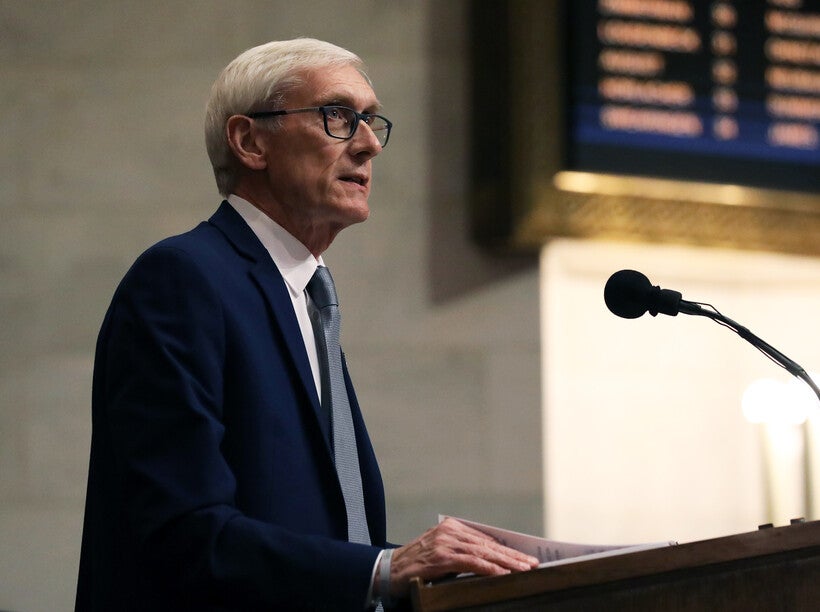 Republican-Backed Proposals Would Have Increased Some Criminal Penalties In Wisconsin
By Laurel White
Share:

Gov. Tony Evers on Friday vetoed several bills that would have increased criminal penalties in Wisconsin.

The legislation were part of Wisconsin Republicans’ "Tougher on Crime" package, which was unveiled last month and passed on mostly party-line votes in the Legislature earlier this month, with Republicans voting in favor and Democrats against.

GOP state lawmakers argued the bills would deter criminal activity while Democrats contended they wouldn’t effectively combat crime, would cost the state too much money and would put even more strain on Wisconsin's already overcrowded prisons.

One of the measures would have required the state Department of Corrections (DOC) to recommend revoking an individual’s extended supervision, parole or probation and send them back to jail if they are charged with a crime while under court supervision.

The DOC estimated the plan would require the state to build two new prisons and cost about $55 million in its first year and $156 million annually in years following.

In his veto message, Evers said the plan is an "unfunded mandate" for the DOC and that it "moves Wisconsin in the wrong direction on criminal justice reform." He called on legislators to mirror bipartisan compromise on criminal justice that has been seen in other states.

"Leaders at the federal level and in states like Pennsylvania, Mississippi, and Texas have been able to enact meaningful and bipartisan criminal justice reform through policies that focus on rehabilitation and reduce incarceration, particularly the over-incarceration of poor people and people of color," the governor wrote. "A massive and costly expansion of our prison system would take Wisconsin down the wrong path."

Another plan in the package would have expanded the number of crimes for which a juvenile offender could be incarcerated in Wisconsin. That comes as the state continues to grapple with closing its troubled youth prison, Lincoln Hills and Copper Lake.

"I am vetoing this bill in its entirety because I object to increasing the number of youths that could be placed in the serious juvenile offender program when science informs us that a punitive disposition system leads to worse outcomes," Evers said in his veto.

Another vetoed measure in the package would have barred anyone who has committed a violent crime, like homicide or aggravated battery, from being released early from probation. It would also have expanded the list of violent crimes that exclude someone from being eligible for early release to parole or extended supervision.

A fourth vetoed bill would have barred a prosecutor, with a few exceptions, from dismissing a charge of illegal firearm possession if the offender had a previous violent crime conviction.

"Republicans in the Legislature took the issue of crime in our communities seriously when we passed a number of tougher-on-crime bills," Fitzgerald said. "Unfortunately, Governor Evers did not share the same concern for the safety of Wisconsinites and vetoed many of our measures today."

Evers also signed a few pieces of legislation, including measures aimed at cracking down on drunken driving in Wisconsin. One of those new laws increases the minimum sentence for a fifth or sixth OWI offense, with some judicial discretion, from six months to 18 months.

Other new laws create standards for how police in Wisconsin use body cameras, including when the footage from those cameras should be made available to the public, and make it a felony to intimidate a domestic violence victim before they provide testimony in court.