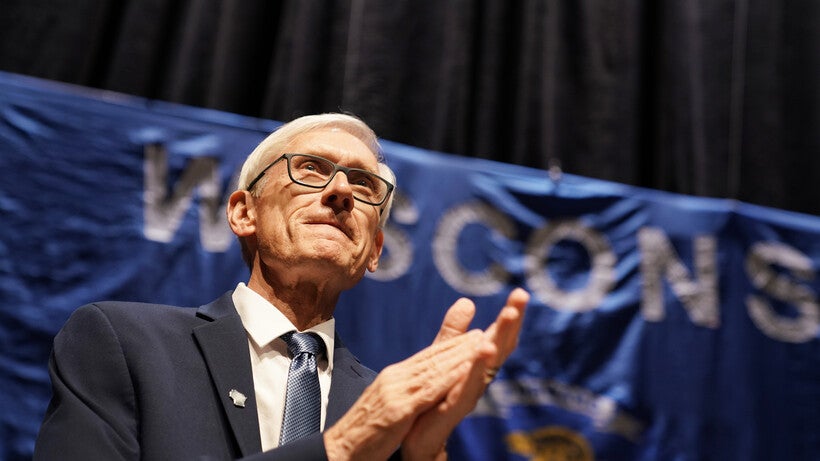 Gov.-elect Tony Evers announced five key cabinet picks Thursday, a list that includes two Democratic state lawmakers, two people who worked with him at the state Department of Public Instruction, and a former official from the Obama administration.

"We try our best to make sure that we have nothing but the top talent, and I think we've accomplished that," Evers said at a press conference announcing the selections.

The picks leave Evers' cabinet nearly filled as he prepares to take office Monday. Here are the appointments and the agencies they will lead:

Evers appointed Rep. Peter Barca, D-Kenosha — the assembly minority leader during the tumultuous battle over Act 10 — to lead the Wisconsin Department of Revenue.

Barca served two stints in the state Assembly, one from 1985-93 and the other beginning in 2009. In between, he served a partial term in the U.S. House of Representatives and also served in former President Bill Clinton's Small Business Administration.

"My priorities as a legislator have always been economic development, helping to stimulate family supporting jobs, expand the middle class and assist small business growth," Barca said. "The state Revenue Department plays a critical role in all these aspects."

Democrats elected a new minority leader after Barca voted in favor of the Republican bill to offer billions in cash incentives to lure tech giant Foxconn to southeast Wisconsin. The plant will be located near Barca's Kenosha district.

"Gov.-elect Evers finally got one right," said Republican Assembly Speaker Robin Vos, R-Rochester. "Rep. Barca is a reasonable Democrat who is more than willing to work across the aisle and has the political courage to do what’s right for the people of Wisconsin."

While less well-known in Wisconsin, Evers' pick to head the Wisconsin Department of Health Services, Andrea Palm, will oversee an agency that's critical to some of the governor-elect's top priorities.

Palm was a senior counselor to the U.S. Secretary of Health and Human Services under former President Barack Obama. She was also a senior advisor at the White House Domestic Policy Council during the implementation and rollout of the Affordable Care Act.

In Wisconsin, Palm will run a state agency with a more than $12 billion annual budget that oversees programs like BadgerCare, Wisconsin's version of Medicaid.

Evers campaigned on expanding BadgerCare to people with higher incomes in order to qualify for increased federal Medicaid funding under the ACA.

"It will be critical that we listen to Wisconsin families and stakeholders as we develop these plans, and I am anxious to get out and around the state to do just that," Palm said.

Palm is originally from New York state. Prior to joining the Obama administration, she worked for five years as a health policy adviser to then-U.S. Sen. Hillary Clinton.

Prior to joining the Wisconsin Senate, Frostman was an economic development professional in Door County.

"I really look forward to the challenge of harnessing the power of DWD to increase the capacity of all Wisconsinites to enter the workforce, to stay in the workforce and just as importantly, advance within it," Frostman said.

Frostman won a special election for his Senate seat in June against Rep. Andre Jacque, R-De Pere, but he lost in a rematch with Jacque in the November general election.

Emilie Amundson was Evers' chief of staff at the Wisconsin Department of Public Instruction, where Evers has been the state superintendent of public instruction since 2009.

Evers named her to lead the state Department of Children and Families, an agency that oversees the Wisconsin Shares child care subsidy and the Wisconsin Works program, known as W-2.

"We've worked together for over a decade, and in that time, I've been lucky to learn from you — a leader whose north star is guided by collaboration, common ground, and connection making," Amundson said.

In addition to other roles at the DPI, Amundson previously worked as an English teacher.

Dawn Crim, another colleague of Evers' at DPI, will lead the Wisconsin Department of Safety and Professional Services, an agency tasked with a wide range of licensing duties in Wisconsin.

Crim is an assistant superintendent at DPI. She previously spent two decades working within the University of Wisconsin System.

"At DPI, we were grounded in equity, and I will be taking that message to the Department of Professional Services and Safety," Crim said.