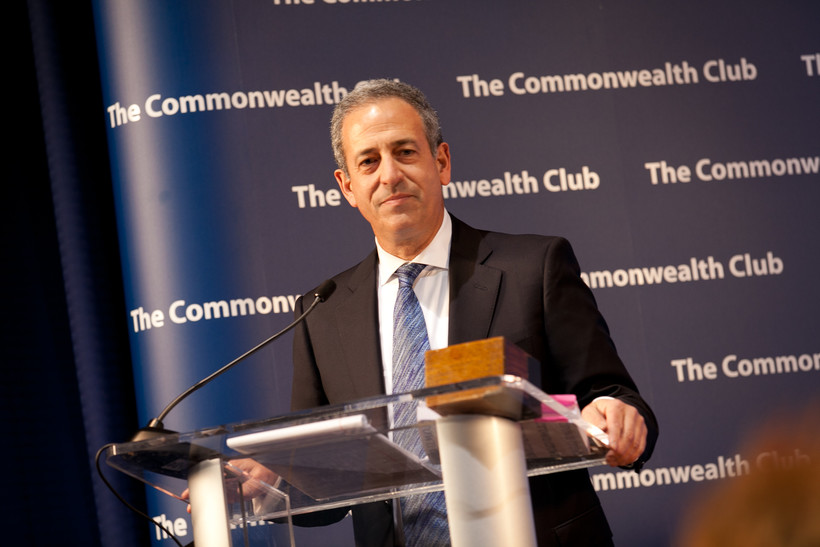 Former U.S. Sen. Russ Feingold will make a 2016 bid to reclaim the seat he lost to Republican Sen. Ron Johnson in 2010.

In a video announcement released early Thursday, Feingold declared his candidacy to once again represent Wisconsin in Washington, D.C. The decision sets the stage for a rematch with current Sen. Ron Johnson, who rode the 2010 tea party wave to a substantial win over Feingold, a Democrat who served three Senate terms.

In his announcement, Feingold denounced the influence of "multi-millionaires, billionaires, and big corporations … calling the shots" in the U.S. Senate and called for "strong independence, bipartisanship and honesty."

Feingold said he planned to spend the summer traveling through Wisconsin, speaking with voters and discussing policy issues.

Feingold's decision all but guarantees that Wisconsin's Senate race will be a top target for Democrats in 2016.  In a recent Marquette University survey, Feingold outpolled Johnson by a 16 percent margin.

In a written statement, Johnson touted his record building a manufacturing business while attacking Feingold for building Washington into a, quote, "gigantic, debt-ridden, tax-eating, unresponsive and freedom-squashing government."

Feingold's video announcement is included below:


Wisconsin Public Radio, © Copyright 2023, Board of Regents of the University of Wisconsin System and Wisconsin Educational Communications Board.