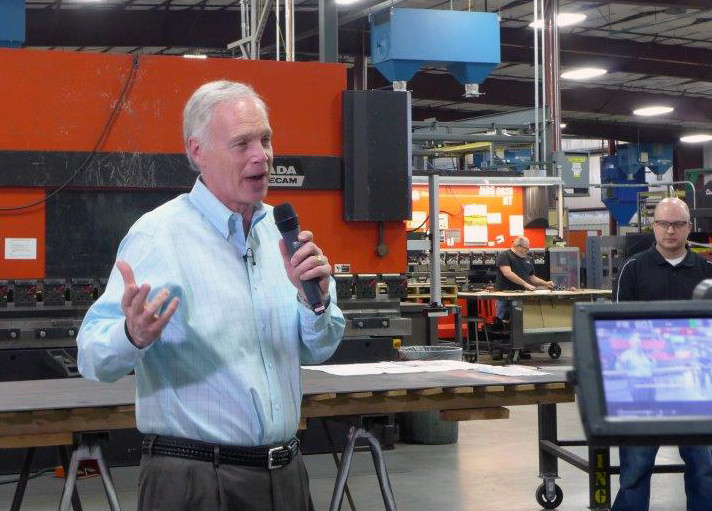 Johnson announces his re-election bid at an event in Green Bay.

Battle For U.S. Senate Seat Is A 2010 Rematch With Democrat Feingold
By Patty Murray
Share:

Wisconsin U.S. Sen. Ron Johnson is officially launching his campaign for re‐election with a tour around the state. Johnson, a Republican,  will face Democrat Russ Feingold this fall in a rematch from six years ago when Johnson unseated the veteran lawmaker in the tea party wave election of 2010.

Court nominee, and should instead wait for the next president to put someone forward.

"It’s good that in his sixth year in office he’s starting to tour the state," Feingold added.  "When I was a senator, I toured it every year.”

Johnson meanwhile is working to cast Feingold as a Washington insider despite his own status as the race's incumbent.

"I am the outsider in this race. I am the guy who really does understand how to grow our economy.  All Senator Feingold knows is how to grow government," Johnson said Monday.