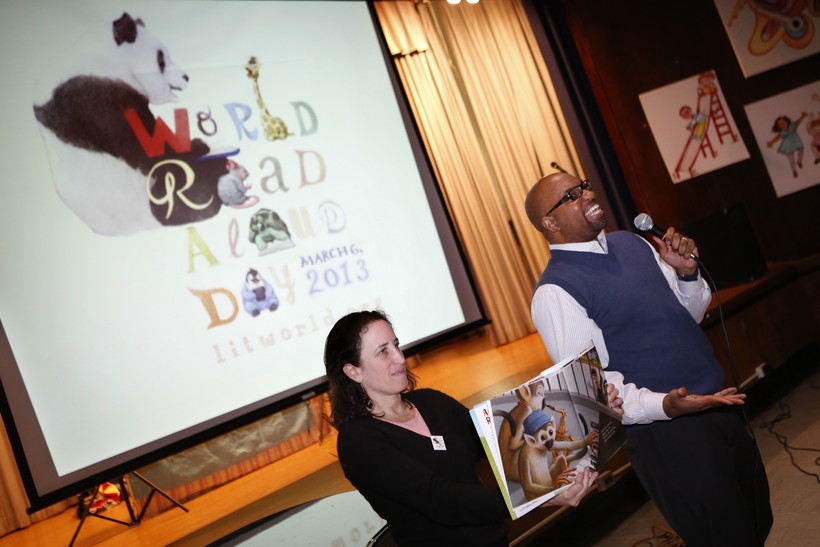 When Kwame Alexander first wrote his poem, "The Undefeated," it was in 2008, when the United States elected its first black president.

Inspired by his newborn daughter, the poem would be a way for her to understand the trials and triumphs of the men, women and children as their experiences reveal the African American story. Alexander calls them the undefeatable, the ones who survived America. 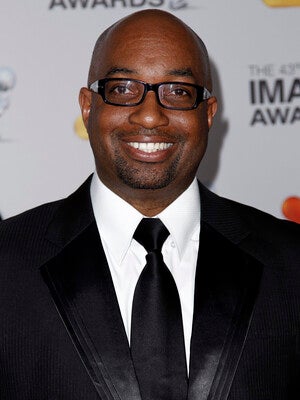 The Newbery Medal winning author, with the help of illustrator Kadir Nelson, has turned the words of his poem into his 32nd children's book called "The Undefeated" — a sort of blueprint of the African American story, from the Civil War to modern-day movements such as Black Lives Matter.

Through both Alexander's prose and Nelson's illustrations, the book nods to notable authors, poets and change-makers such as Langston Hughes, Zora Neale Hurston and Trayvon Martin. The poem was adapted in 2016 and performed for ESPN's Sports and Culture website by the same name.

In an interview with Kate Archer Kent from WPR's "The Morning Show," Alexander talked about how the book connects the nation's historic events and lifts up the triumphs that America has celebrated in its history.

I wrote this piece to share with my daughter and her friends and her classmates — this very diverse group of kids — about how we got to this point in our country, how our country was founded, on whose backs it was built. So, it's really a love letter to America. We forget about all the people who worked, toiled from sunup to sundown and I wanted to pay tribute to that.

I tell my kid, like most kids who complain about cleaning up their bed or having to read 30 minutes a day, that there are people who came before you that struggled, that worked tirelessly, that sacrificed so you could have the option of reading for 30 minutes and then playing Xbox or going to any school you want to.

You've got to be a willing participant in life, and you've got to tackle the woes in order to have the wonders.

KAK: In reference to those people who hurdled history and opened a world of possible and then survived America by any means necessary. Some of these people we don't know. Some are well-known. How do you bridge that gap?

We often hear about all the famous people who were ordinary people who did extraordinary things, but there are folks like my great-great-great grandfather March Corprew who fought in the Civil War for the Union, came back, bought a bunch of land, built houses for each of his children and created this community. How do you pick up from that sort of life? How do you pick up from having been enslaved and not in control of your own destiny, fighting in a war and then the next day having to control your own destiny?

KAK: In your poem you reference "the unspeakable." Who are you referring to?

KA: I remember talking to my wife and asking her when we're going to talk to our daughter about slavery.

I think she was 6 or 7 at the time time, and my wife said when she brings it up is when we'll talk about it.

My daughter had a situation in class where one of the students made a comment about slavery that was at best inappropriate and at worst offensive. She came home and wanted to talk about it.

KAK: How did you start this conversation with her?

KA: With a book. That's the beauty of literature. We have these tools that allow us to talk about the weighty subjects, themes, experiences in our world. The books will do the work for us. You've just got to find the books that are going to be filled with the kind of honesty and beauty that I find to be palatable and digestible for not only kids, but adults.

KAK: You've been in lots of schools. What is the reaction from the kids?

KA: I read the story, and I pause I stop, and I ask the kids, "What's the book about?" They give their thoughts and I'll read a little bit more and I say, "What's the book about now?" And they'll have these conversations among themselves and I'm not guiding them. The kids have a bunch of questions and they have a lot of answers. I think sometimes we try to explain so much. I don't know if you need to explain it on the first read. I think you can let the kids have that discussion and discourse. The things I've heard from kids lets me know that they get it. They're a lot smarter than we give them credit for. And we have to allow them to have the space to use these tools to imagine a better world.

A Look At The Power, Actions Of Black Americans Through Poetry 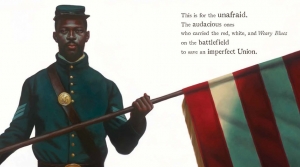 Newbery Medal-winner Kwame Alexander joins us for a conversation about the poem, "The Undefeated," and about the power and actions of black Americans of the past and present.