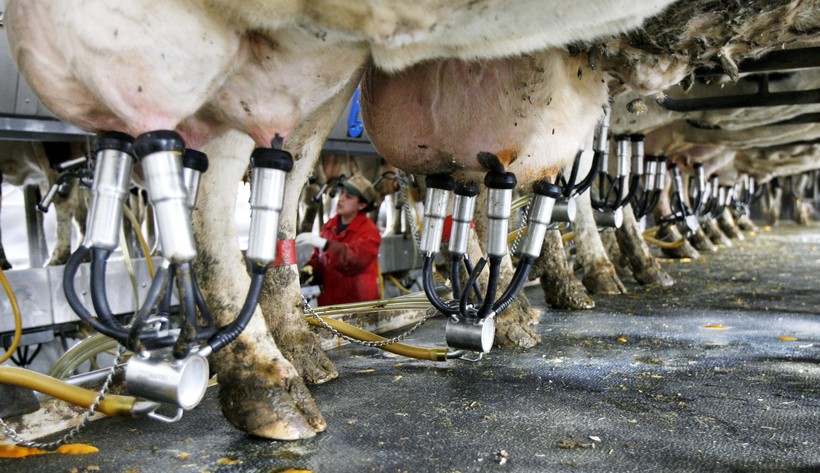 Four environmental groups have won a lawsuit to overturn part of a settlement between the Wisconsin Department of Natural Resources and a dairy organization.

The 2017 settlement ended a legal challenge from the Dairy Business Association over new state guidance for how concentrated animal feeding operations, or CAFOs, can manage runoff.

The groups, including Midwest Environmental Advocates and the Clean Water Action Council, among others, said changes made in the settlement didn't follow the agency's rulemaking process.

On Friday, a judge in the Milwaukee County Circuit Court agreed and decided to overturn the settlement.

"We hope that what this decision will do will just put the law back to the way it was before any of these issues arose," Geers said.

DNR spokesman Andrew Savagian said in an email that state attorneys are still reviewing the decision.

Dairy Business Association spokesman Jamie Mara also declined to comment, saying in an email that the group hadn't seen a copy of the oral ruling.

Geers said she hopes the ruling sends a message to new DNR leaders.

"With any change in administration, we hope that that's an opportunity to improve, not only regarding the substance of how the agency enforces our environmental laws but in terms of the process that it follows," Geers said. "We hope that the new administration will sort of turn over a new leaf and ensure public participation and open government so that it can make well-reasoned decisions that are subject to public scrutiny."