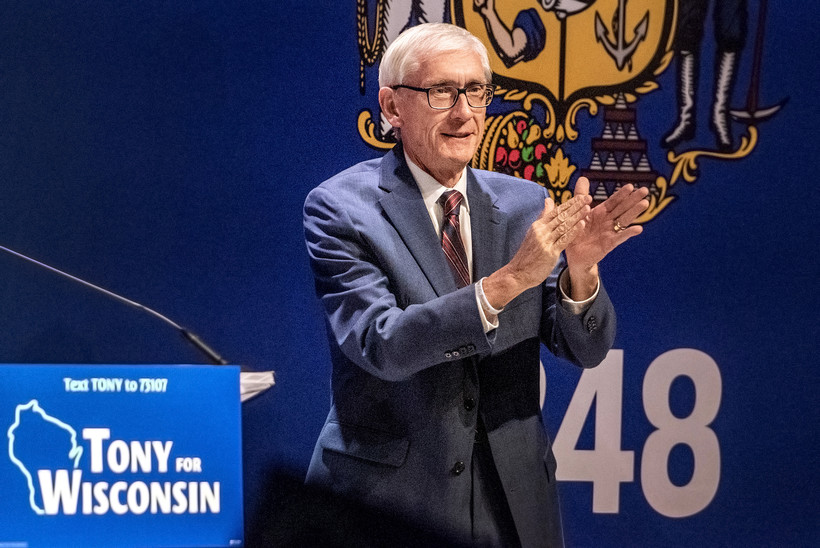 Democratic Gov. Tony Evers has won reelection to a second term, beating back an effort by Republicans to recapture all branches of government in the perennial swing state.

In his victory speech at an event at the Orpheum Theater in Madison, Evers said he was "incredibly proud to be the 46th governor of the state of Wisconsin."

Evers' reelection represents a massive win for Democrats in an election cycle where they faced significant political headwinds. Typically, when one party controls both the White House and Congress, Wisconsin elections swing in the other direction. Evers' victory bucks that trend.

Speaking to a crowd of several hundred people, Evers highlighted his campaign pledge to keep the promises he laid out in his 2018 campaign. 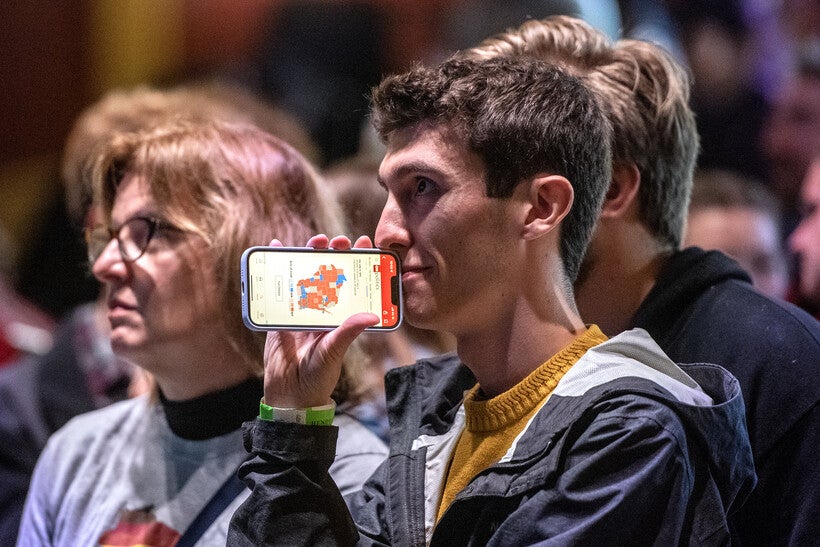 Nick Famularo who works for Wisconsin Democrats holds his phone showing a map of Wisconsin with election results Tuesday, Nov. 8, 2022, during the election night event for Gov. Tony Evers at the Orpheum Theater in Madison, Wis. Angela Major/WPR

"Some people call it boring, but you know what, Wisconsin? As it turns out, boring wins," he said.

He went on to say that voters "showed up" in support of access to reproductive health care and actions to fight climate change and improve the economy.

"And perhaps most importantly, you showed up because you saw our democracy was on the brink of existence," he said. "And you decided to do a damn thing about it."

After thanking his family and Democratic Party of Wisconsin chair Ben Wikler, Evers said he planned to "polka tonight and get back to work tomorrow."

BREAKING: Democratic Gov. Tony Evers won reelection against Republican Tim Michels for a second term. This was a significant victory for Democrats in one of the most closely contested elections in the country.

The crowd went wild in Madison
More to come from @WPR pic.twitter.com/ja3MgmkgFh

During a swift three-minute concession speech in Milwaukee, Michels thanked his supporters for their work during the campaign.

"Unfortunately, the math doesn't add up," Michels said, adding that he called Evers earlier to concede the race.

Michels, a construction executive whose family owns Michels Corporation, said he wished the Evers family well, but also called on the governor to address issues he focused on throughout his campaign, including Milwaukee Public Schools and crime rates. But Michels also said it "wasn’t our night." 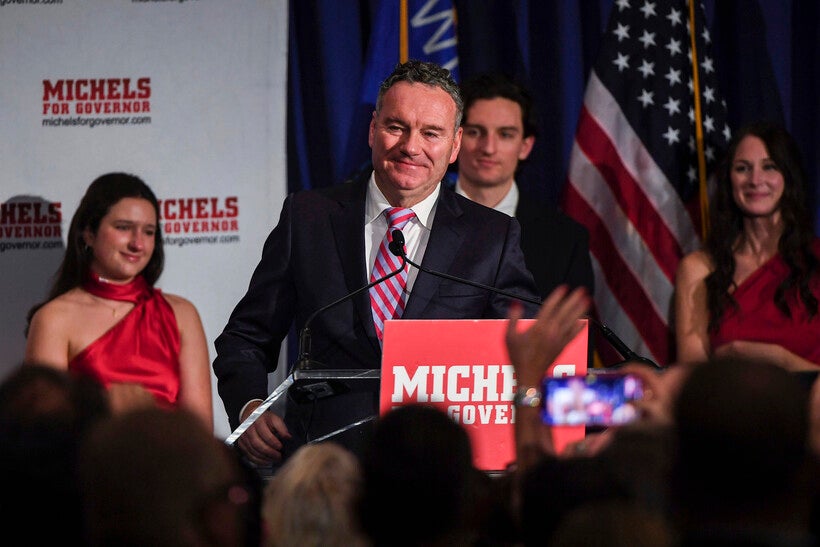 For Evers, a former teacher who previously served as Wisconsin's state superintendent of public instruction, his victory comes four years after he narrowly defeated former Republican Gov. Scott Walker to win the governorship. Under Walker, Republicans reshaped Wisconsin government, rolling back public- and private-sector union rights in a state with a long progressive history. That stopped under Evers.

On election night, Evers' overall returns were buoyed by overwhelming support in the Democratic stronghold of Dane County, which has accounted for an increasingly large share of the Democratic vote in Wisconsin. 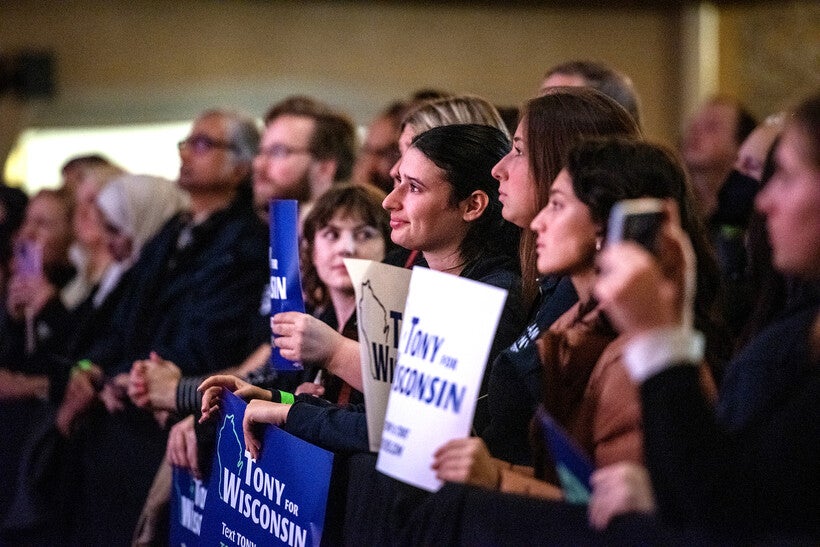 Following the U.S. Supreme Court's decision that overturned Roe v. Wade, Evers' campaign relentlessly attacked Michels over his long record of opposing abortion without exceptions for rape or incest. Evers' ads showed video of young women looking directly into the camera as the narrator told viewers Michels would require 12-year-olds who were raped to deliver the baby.

Evers also portrayed himself as a governor willing to work with both parties. He bragged that he signed a Republican budget complete with a massive income tax cut, and he boasted that he "fixed the damn roads," something he accomplished by increasing transportation fees, a step Walker was rarely willing to take. 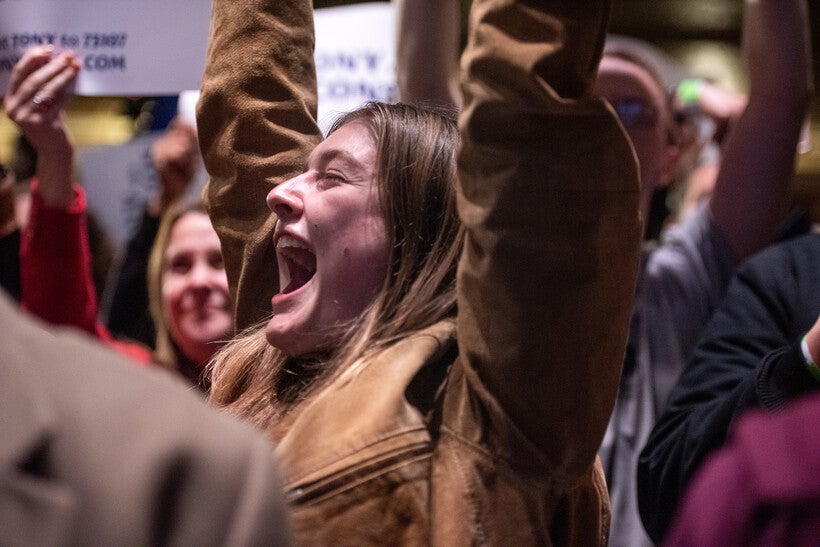 He spent the past four years at odds with a Republican-dominated Legislature on everything from COVID-19 policy to election laws. When he introduced proposals on legalizing marijuana or expanding Medicaid, Republicans called them unserious. When he called special sessions of the Legislature on issues such as gun control or abortion, Republicans ignored him.

That ongoing conflict will likely continue after Republicans redrew the state's political maps to give themselves an even bigger advantage in races for the state Senate and Assembly. And partisans on both sides will now turn their focus to the state Supreme Court election in April, which has the potential to tip the balance of power there. 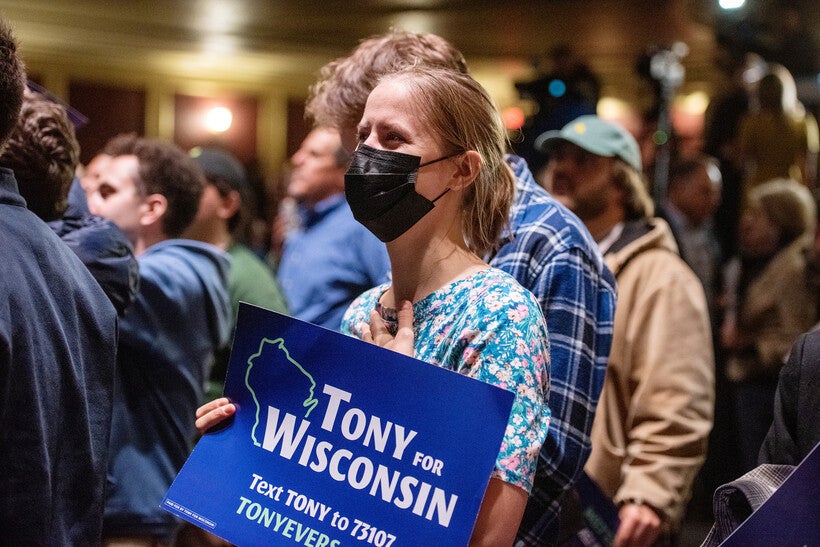 Two years from now, Wisconsin will be under an even brighter spotlight ahead of the 2024 presidential election.

Had Michels won, he said he would have signed around 20 bills Evers vetoed that would have changed Wisconsin's election laws, making it more difficult to vote absentee. Michels had also promised to abolish the Wisconsin Elections Commission, raising the prospect that he could replace the bipartisan agency with a board controlled by Republicans.

Michels also raised the prospect during his primary campaign that he might not certify the results of the 2024 presidential election, though he later walked that back. Evers said he would certify the race.