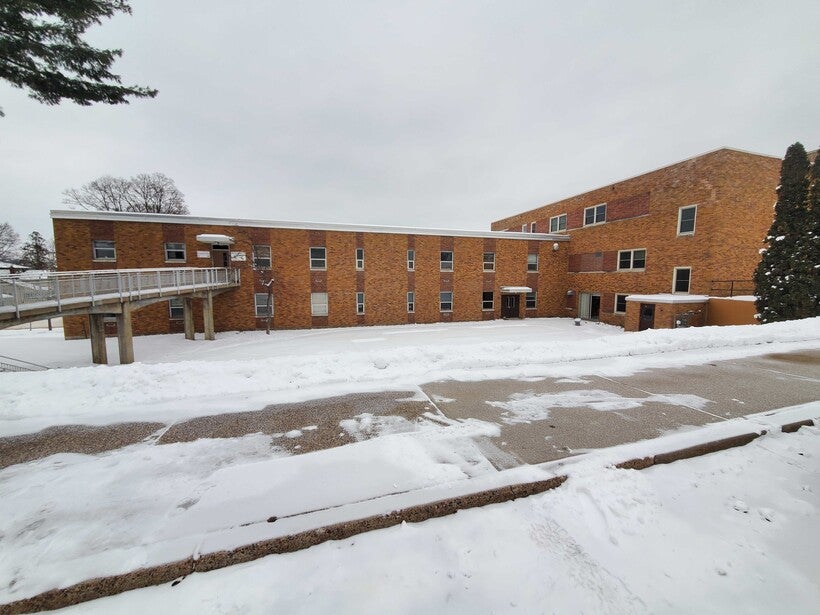 A two-story wing of a church in Eau Claire is being considered for up to 16 new apartments for homeless veterans. Habitat for Humanity in Eau Claire has been selected by the city's housing authority to relieve a $1.14 million grant to make the project a reality. Rich Kremer/WPR

City council to vote on $1.14M grant for project to create up to 16 condos for vets experiencing homelessness
By Rich Kremer
Share:

Vacant classrooms on an Eau Claire church property could become housing for veterans under a plan to covert the building into apartments with the help of federal COVID-19 relief funding.

The two-story wing of largely unused classrooms is attached to the Grace Lutheran Church near Eau Claire's downtown. Chippewa Valley Habitat for Humanity Executive Director John Dawson said the classroom space could easily be converted into up to 16 apartments for veterans without homes or those at risk of becoming homeless. 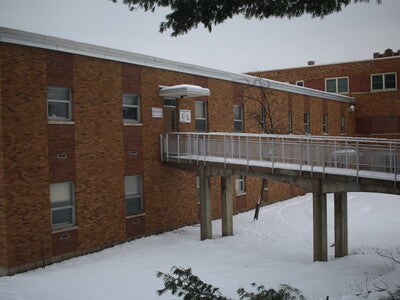 Habitat for Humanity in Eau Claire is working with Grace Lutheran Church and the city's housing authority to convert a two-story wing of mostly-unused classrooms into apartments for homeless veterans. The city council will vote on a $1.14 million grant for the project in February. Rich Kremer/WPR

"It's something that we hadn't planned on doing," Dawson said. "We were looking more at doing homes, ground-up homes that we buy or homes that are tired that we fix up. But this opportunity came about. We looked at it and we just kept moving the ball down the road."

That's included discussions with the church and the City of Eau Claire, which has selected the Habitat for Humanity proposal to receive a $1.14 million grant through the federal American Rescue Plan Act. The funding must receive final approval from the Eau Claire City Council. A vote is planned for Feb. 14.

Dawson said he's still working through costs for asbestos and lead paint abatement, an elevator and upgraded utilities for the 1960's-era building.

"We're at the point now where we have enough information to think that we can pull this off," Dawson said.

Whether the units would be rented or owned by residents is still being worked out, said Eau Claire Housing Authority Executive Director Keith Jonathan. He said if the council approves the funding to retrofit the church classrooms, at-risk veterans may be able to use Veterans Affairs Supportive Housing vouchers through the U.S. Department of Housing and Urban Development to help with housing costs.

"That's a leg up on finding a decent, safe and sanitary place to live," said Johnathan. "It only makes sense. It's like a win-win, as far as I'm concerned."

In 2022, an annual census of individuals without homes in Wisconsin found 341 veterans living in emergency shelters or transitional housing according to HUD data. That number has fallen in recent years. In 2011, there were 607 veterans experiencing homelessness counted, according to the "point-in-time" count that year.